Staff at the Bank of Communications' Hong Kong branch told Nikkei that they had been asked to sign a petition in support of the Beijing's new national security legislation.   © AFP/Jiji
MICHELLE CHAN, Nikkei staff writerMay 26, 2020 20:33 JST | Hong Kong
CopyCopied

The demand reflects the growing pressure faced by employees of scores of Chinese banks and brokerages after Beijing's move to enforce its rule over the semiautonomous territory.

"I had an unexpected task this morning," said one analyst at a Chinese investment bank, who gave her name as Mandy. "My boss asked everyone in the team to sign this paper."

Printed in blue, the color of the city's pro-Beijing camp, the petition asked signatories to support the national security legislation as well as "anti-Hong Kong independence; anti-sedition; anti-terrorism; anti-foreign interference."

The same form has also been circulated in street booths set up by pro-Beijing political parties over the last few days.

Starry Lee, the chairwoman of the Democratic Alliance for the Betterment and Progress of Hong Kong, who is one of the convenors of the campaign, said more than 780 organizations participating in the petition.

Even though management said the petition is "voluntary," Mandy, the employee, said the bank's human resources officer was checking which employees had signed.

"What can you do?," Mandy said. "I need this job and there will likely be repercussions if you don't follow." 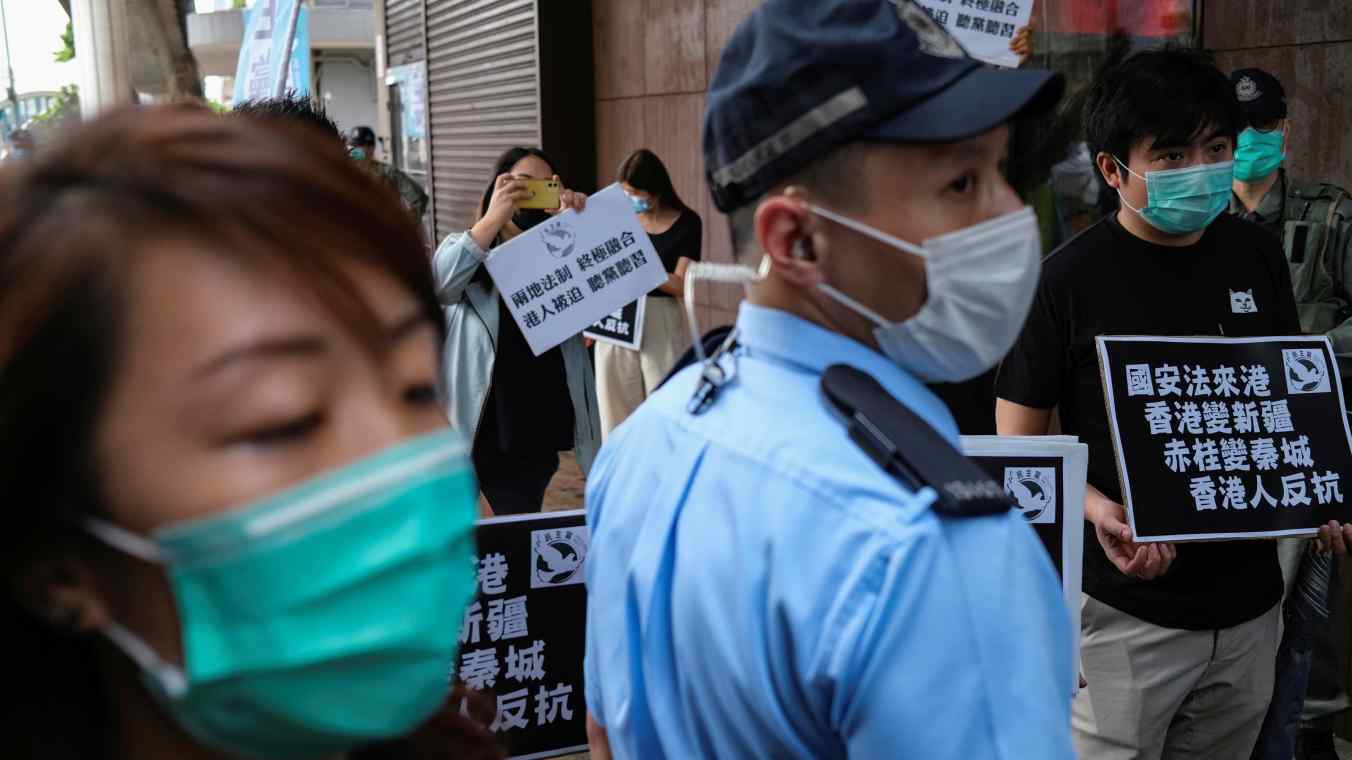 In the days since Beijing introduced the new national security law, Hong Kong newspapers have been flooded with advertisements placed by trade organizations and companies linked to mainland China welcoming the legislation.

One mainland Chinese employee at the Bank of Communications' Hong Kong branch told Nikkei that she had also signed the petition on Monday.

"Almost all the staff in our department have signed," the bank employee said.

An ICBC International employee said some departments at his company had sent the petition form to all staff seeking support.

While it is not mandatory, everyone who received the form had signed, said the employee who is originally from mainland China.

"My company has been promoting patriotic education since last year. Anyone who can't stand this has already quit," he added.

Another staffer at ICBC International, a Hong Kong native, said he did not sign the petition and is wary of the potential consequences. "Of course I am afraid, I haven't got my bonus yet . . . but I won't sign for sure," he said.

A Haitong International employee told Nikkei that his manager had distributed a petition supporting the securities law this morning seeking staff signatures.

"We were verbally told [the petition] was voluntary," the Haitong International employee said. "Most of my team members signed almost immediately."

An employee at SPDB International, a subsidiary of Shanghai Pudong Development Bank, shared a similar experience.

In addition to the hardcopy, staff at Guotai Junan Securities were asked to put their names to an online petition that required participants to add the last four digits of their ID card number, according to four people who at the brokerage.

"After signing, we have to submit a screenshot to our department head," one employee said. As of 4 p.m. on Tuesday, about 360,000 signatures had been gathered on the website.

The petition website has also been circulated on Chinese social media and shared by senior managers of state-backed companies, according to multiple sources.

Amid the pro-democracy protests last year, employees at Chinese companies in Hong Kong were also "encouraged" to participate in pro-government rallies and vote for pro-Beijing candidates in elections.

"I am glad to see that many residents are very supportive of this work, and fully understand Beijing's plan," Lam said.