Demonstrators up the ante with call for democratic elections 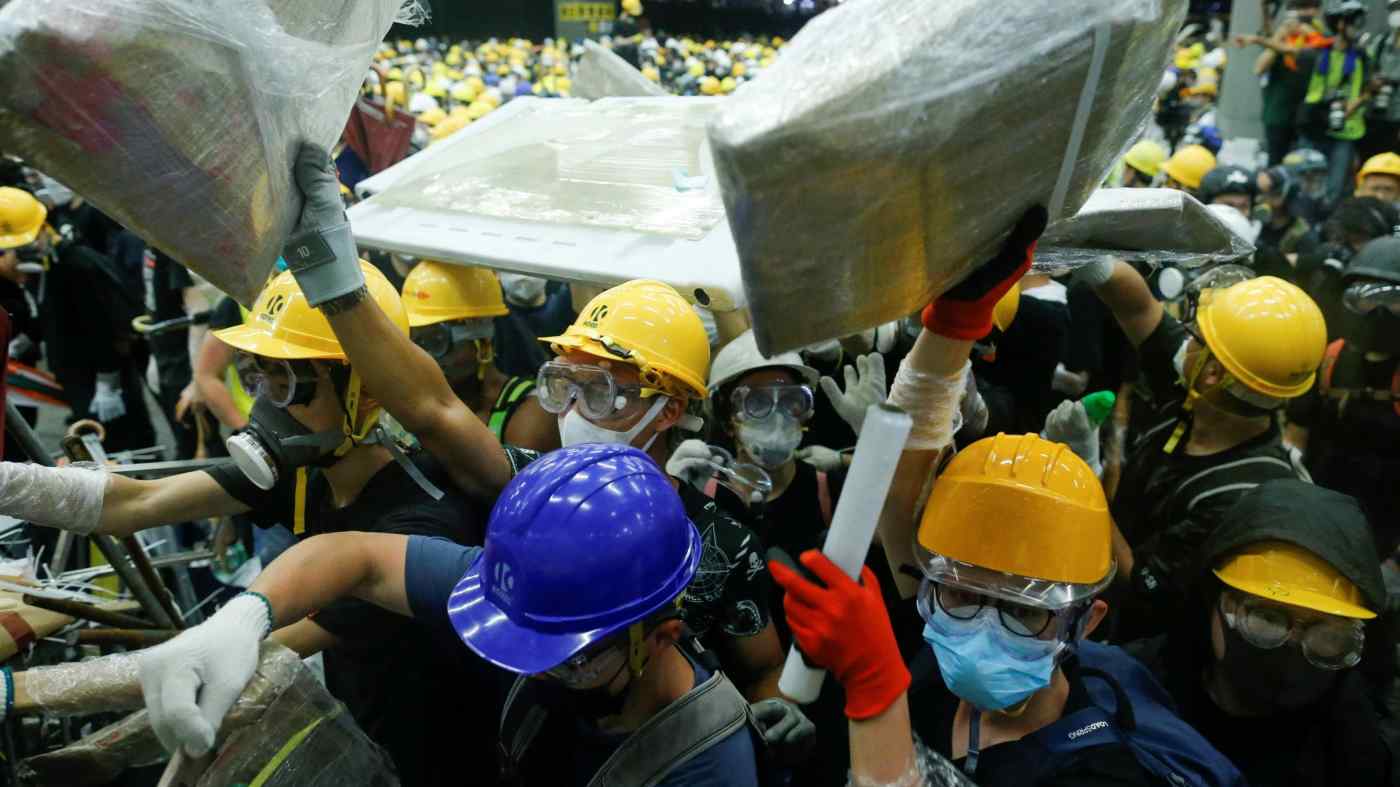 HONG KONG -- With Hong Kong demonstrators now demanding democratic elections in addition to the complete withdrawal of a controversial extradition bill, mainland China is trying to drive a wedge between the movement's more radical elements and the rest of the city.

Hong Kong Chief Executive Carrie Lam, who is backed by Beijing, on Tuesday condemned "the extreme use of violence and vandalism by protesters who stormed into the Legislative Council building" the day before.

"I hope [the] community at large will agree with us that with these violent acts that we have seen, it is right for us to condemn it," she said.

Hong Kong police were checking IDs of bus and taxi passengers at the tunnel between Hong Kong Island, where the LegCo building is located, and Kowloon early Tuesday, local media reported. Authorities were likely tracking those who were at the building earlier.

Despite the demonstrators' hopes, Group of 20 leaders largely steered clear of Hong Kong at their recent summit. In addition, the U.S. decided to resume trade negotiations with China. Beijing has less incentive to pull its punches on Hong Kong now that the city is unlikely to become a major issue on the international stage.

Fissures are already starting to emerge within Hong Kong. A separate pro-democracy group hosted a rally on Monday, which marked the 22nd anniversary of the city's handover to China. It was attended by 550,000 people and ended without much incident.

About 76% of participants at that rally supported the demonstrators who stormed LegCo, but 14% did not, with some expressing concern about the amount of destruction at the building.

Chinese President Xi Jinping is expected to rebuff protesters' demands for fully democratic elections, unwilling to risk that anti-Beijing forces will take control of the city. He also refused to budge during the Umbrella Movement of 2014, in which students blocked off Hong Kong's thoroughfare for weeks to protest Beijing screening candidates for the city's top political post.

But protesters are also showing no signs of backing down. As demonstrators flooded into the legislative building on Monday, one using a loudspeaker blamed the turmoil on a lack of democratic elections for the city's chief executive and mini-parliament. Pro-democracy lawmakers had also tried to talk them down, but were ignored.