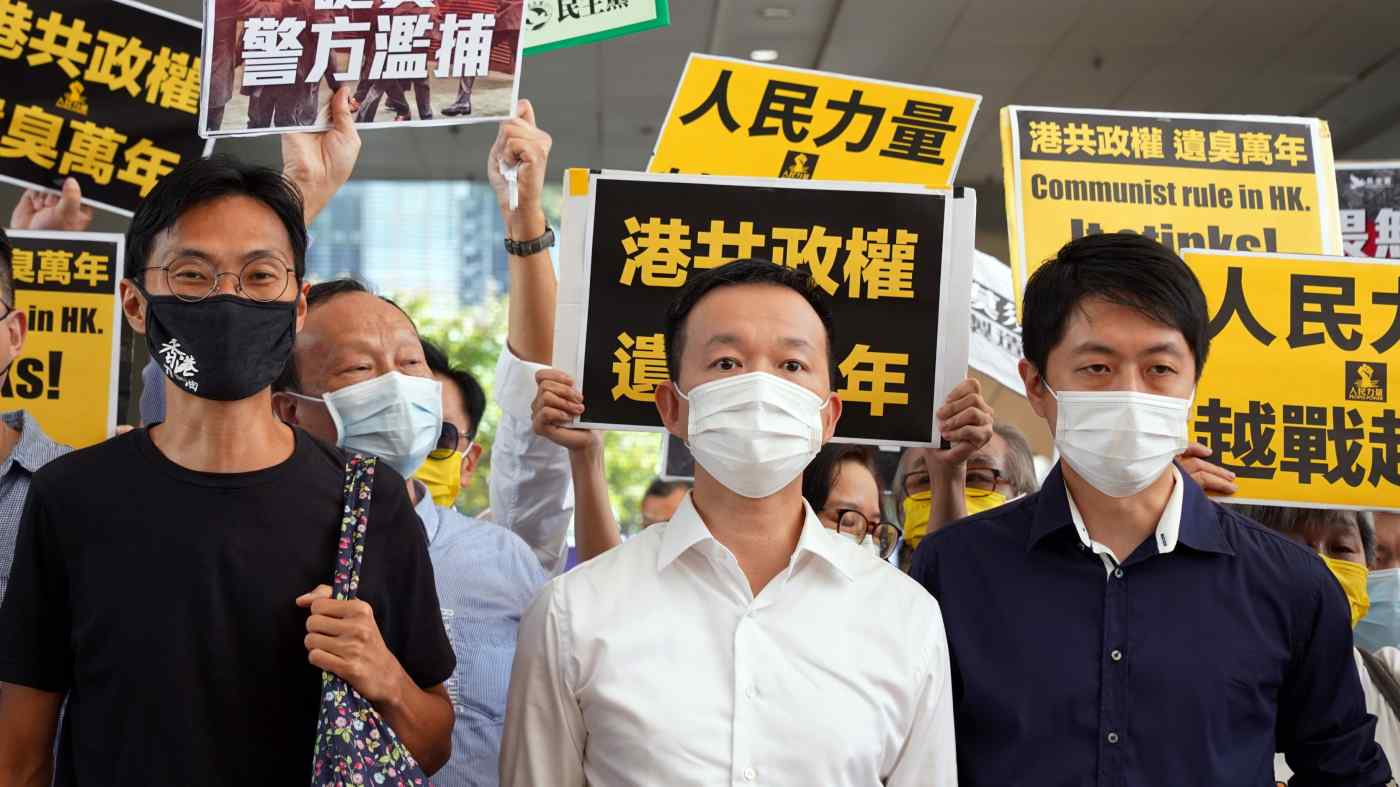 HONG KONG (Reuters) -- Former Hong Kong lawmaker Ted Hui said on Sunday his local bank accounts appeared to have been frozen after he said he would seek exile in Britain to continue his pro-democratic activities.

Hui told Reuters via the social media WhatsApp that the banks accounts belonging to him, his wife and his parents in Bank of China Hong Kong, HSBC and Hang Seng Bank were frozen. He gave no further details.

Democracy activists say conditions have worsened in the former British colony after China imposed security legislation on the financial hub in June, making anything Beijing regards as subversion, secession, terrorism or colluding with foreign forces punishable by up to life in prison.

China, which promises Hong Kong a high degree of autonomy, denies curbing rights and freedoms, but authorities in Hong Kong and Beijing have moved swiftly to quash dissent after anti-government protests erupted last year and engulfed the city.

Local media reported that at least five accounts worth hundreds of thousands of U.S. dollars belonging to Hui and his family, all of whom are now in Britain, had been inaccessible since Saturday.

Hui contacted the banks and was told there were "remarks" placed on his accounts, but the staff refused to provide further information, Hong Kong's South China Morning Post reported.

"We do not comment on the details of individual accounts," a Hang Seng Bank spokesman told Reuters by email. HSBC and BOC did not immediately respond to requests for comment.

Hui said on Thursday he had fled after facing criminal charges and would seek exile in Britain.

One of the pro-democracy activists arrested last month and charged with disturbing legislature proceedings, Hui arrived in Copenhagen last week on an official invitation from Danish lawmakers.

Hong Kong's Security Bureau issued a statement on Friday that, while not naming Hui, said "running away by jumping bail and using various excuses such as so-called 'exile' to avoid one's responsibility is a shameful, hypocritical and cowardly act of recoil."

Hui was one of several opposition lawmakers who quit Hong Kong's Legislative Council last month in protest at the dismissal of four colleagues in what they called another push by Beijing to suppress democracy in the city.