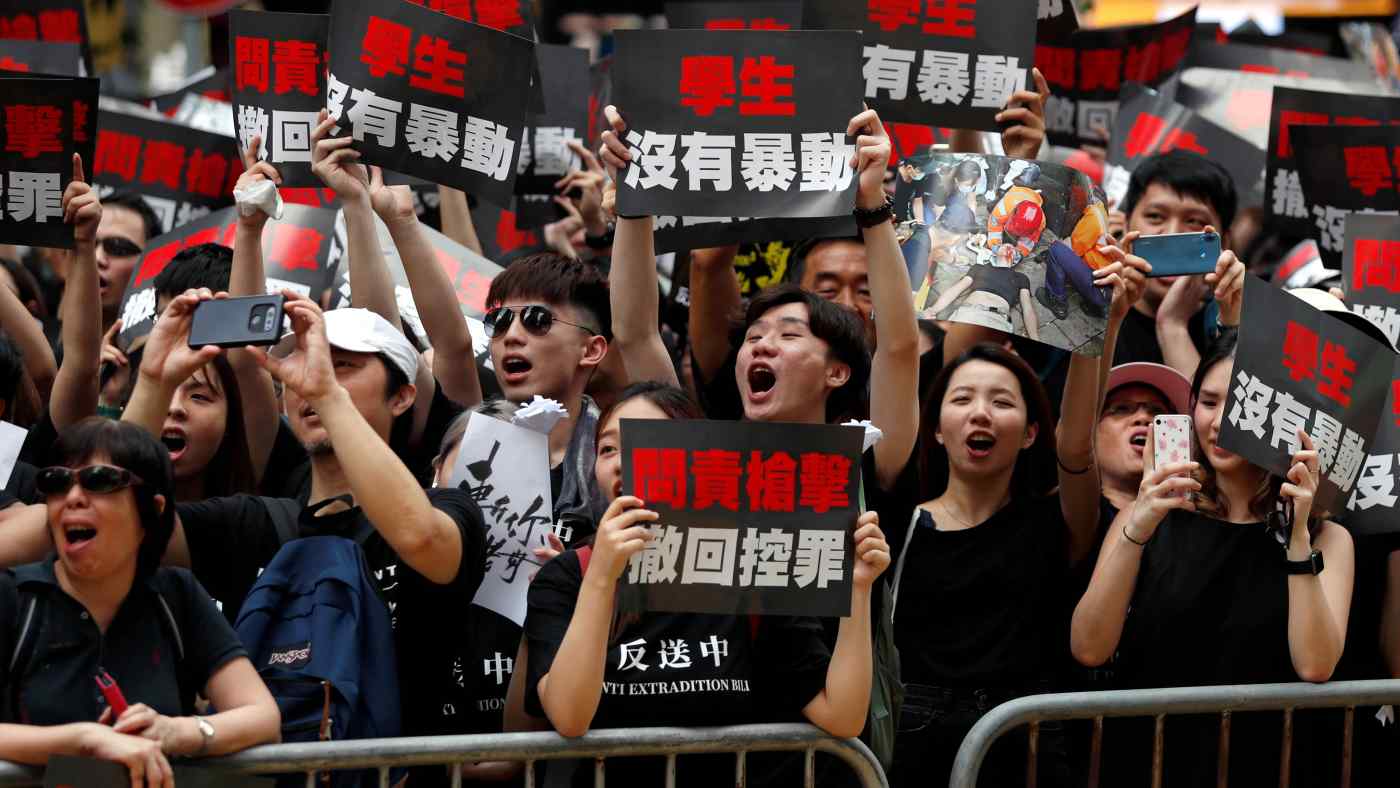 HONG KONG -- Political tensions in Hong Kong remain high even after the city's top leader on Saturday suspended legislative debate on a proposed extradition bill that would allow suspects to be handed over to mainland Chinese authorities for prosecution. The decision followed a week of mass rallies and protests that devolved into violent clashes with police using tear gas and rubber bullets to disperse the crowds.

Another rally against the bill is taking place on Sunday to demand a total withdrawal of the controversial legislation and the resignation of Chief Executive Carrie Lam, who promoted the bill, and denouncing what organizers say was the use of excessive police force.

Here are five things you need to know about the suspended extradition bill.

What is the bill and why is it controversial?

In February, the Hong Kong government revived a motion shelved some 20 years ago to amend its extradition law. The bill would allow for people in the city to be transferred to countries beyond the roughly 20 jurisdictions with which Hong Kong already has extradition treaties. Hong Kong currently does not have such a treaty with China.

The Hong Kong government had said it wanted to align the city's laws with international standards. But the law would also pave the way for fugitives to be sent to China, where many legal experts believe suspects will not receive a fair trial given the Communist Party's control over the courts.

The proposed legislation sparked strong opposition among pan-democratic political parties, business groups, legal experts, religious organizations and ordinary citizens. They argued that allowing criminal suspects in Hong Kong -- or people passing through the city -- to be extradited to China would damage the city's reputation as a financial hub that is safeguarded by an independent judicial system, something China lacks. 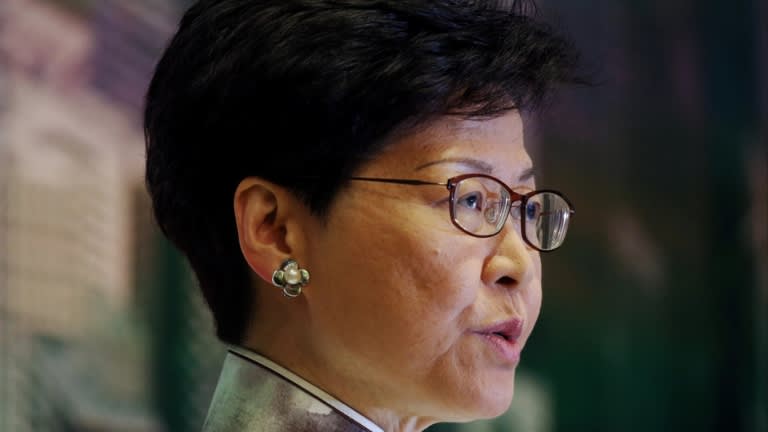 Hong Kong Chief Executive Carrie Lam speaks at a news conference on Saturday, when she announced the suspension of the bill.   © Reuters

Why did the government decide to suspend the bill?

The little public consultation on the proposed bill and what many perceived to be the hurried manner of its passage prompted many groups and individuals to call for a comprehensive review of the extradition law or to completely scrap the legislation.

Before the bill was suspended, it had drawn rare open criticism from pro-Beijing business groups and others in Hong Kong. "I hope the government would postpone the discussions in the current legislative session, and come up with a less controversial plan at an appropriate time after re-consultation," pro-establishment lawmaker Michael Tien said in a Facebook post on Friday.

Debate on the bill was put on hold on Saturday after the proposal triggered massive demonstrations and clashes between police and protesters that resulted in more than 80 injuries. "I feel deep sorrow and regret that deficiencies in our work -- and various other factors -- have stirred up substantial controversies," Lam said at a news conference on Saturday, stressing that the decision to suspend the bill was made to "restore the calmness of our society."

How has the business community responded?

The American Chamber of Commerce in Hong Kong welcomed the decision to suspend the bill's debate. "This sends an important signal to the international community that Hong Kong is serious about protecting its special status under 'one country, two systems.'" AmCham said that it hoped the government would "move swiftly to restore confidence and remove doubt," adding: "Transparent and strong actions are now required for Hong Kong to maintain its lead standing as a business hub."

The Hong Kong General Chamber of Commerce also welcomed the decision and said the move could "allow things to cool down."

The U.S. Consulate General in Hong Kong and Macau wrote on Twitter: "[T]he U.S. gov't urges great care and taking into account the views of the local and int'l community should the Hong Kong government pursue any amendments to its extradition laws, particularly as they relate to Mainland China."

Does China have any direct involvement in the legislation?

While it is not known whether the move to enact the law comes under direct influence from Chinese authorities, it comes at a particularly sensitive time as China's government has been exerting its influence over Hong Kong and publicly criticizing anti-government and pro-democracy rallies. Lam said on Saturday that the suspension "was not an order from Beijing."

The Hong Kong and Macau Affairs Office, an agency under Beijing's authority, stated its "support, respect and understanding" for Lam's decision, but it also said that the amendment was "necessary and appropriate."

Despite Lam's decision to suspend debate on the bill, people in Hong Kong still are taking part in a rally against the legislation on Sunday. The Civil Human Rights Front, which also organized a march last week that drew an estimated 1 million people, stated on Facebook: "We want withdrawal only."

David Webb, an influential investor in Hong Kong, noted on Webb-site Reports that the current four-year term of the Legislative Council, Hong Kong's parliament, ends in July 2020 and that any outstanding bills would expire. "It would be political suicide for any chief executive to try to resume the second reading of the extradition bill between now and then, so we can be fairly confident that the bill will lapse in July 2020."