Hong Kong asylum seekers turned away by US consulate

Four activists were let in but did not stay, local paper reports 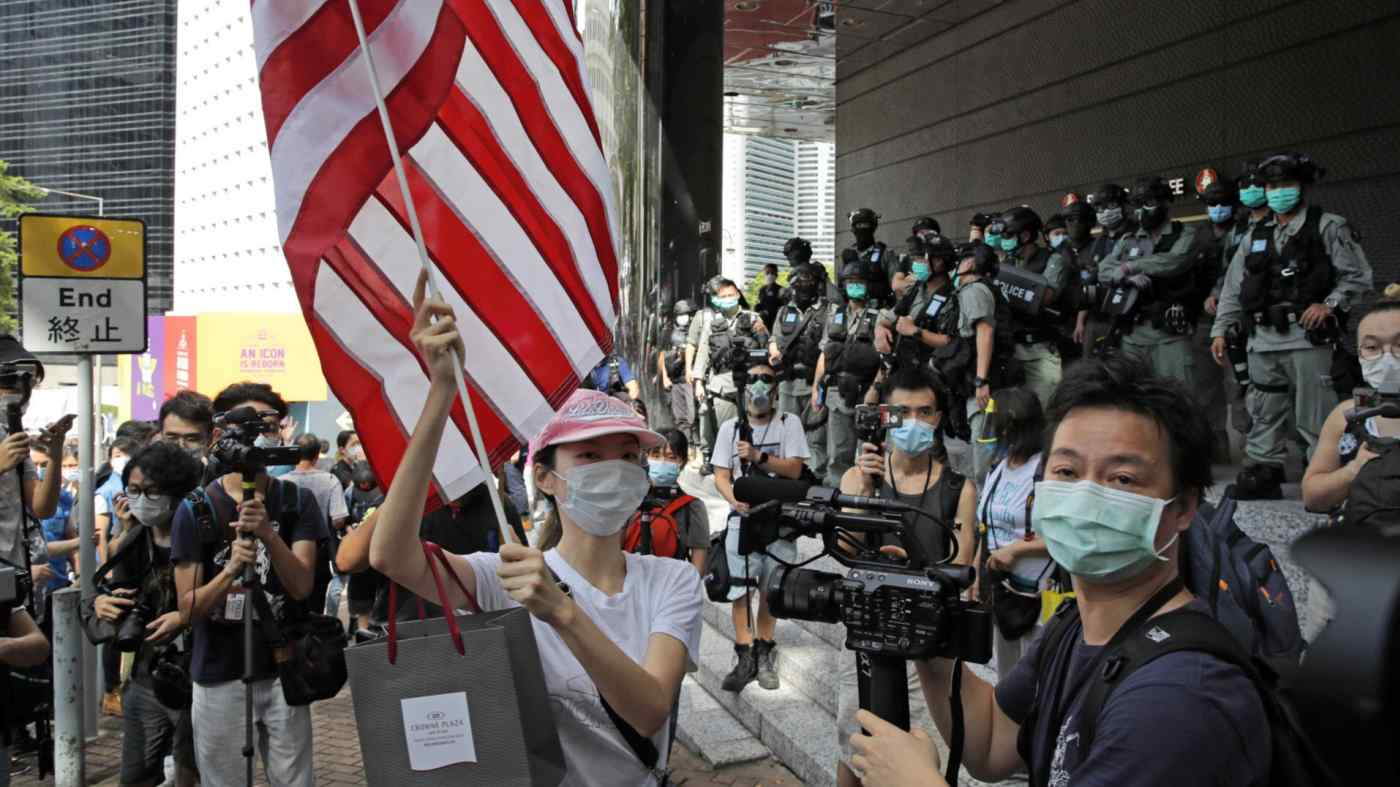 Asked about the matter by Nikkei, the consulate said it has no information to provide at this time.

The four individuals ran up the street and talked to security guards at the entrance before being let in, according to the SCMP report. The exact nature of the conversation is not known. The Hong Kong-based English-language newspaper said it is understood that the asylum claims were rejected but there was no official confirmation.

At least one of the activists faces charges related to participating in anti-government demonstrations last year, the SCMP reported.

Separately, Hong Kong police arrested three activists that day under the national security law, including Tony Chung, former leader of pro-independence group Studentlocalism. The Oriental Daily News reported that Chung was headed to the U.S. Consulate to seek asylum but detained at a nearby coffee shop before he could approach the consulate building. It is not known whether these arrests are connected with the asylum bid by the four activists.

In August, 12 Hong Kong activists attempting to reach Taiwan were detained at sea by Chinese authorities.