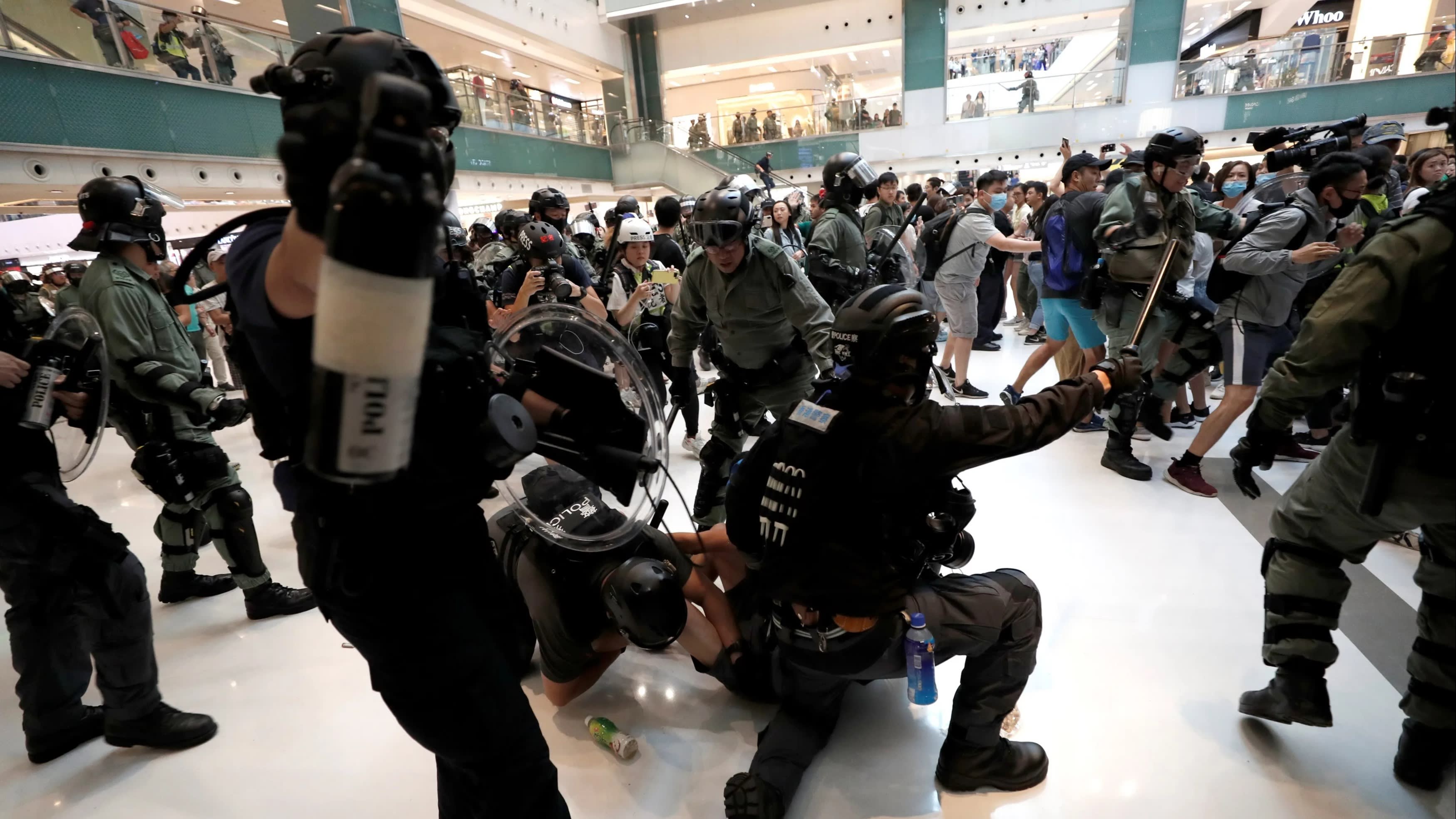 HONG KONG -- Chief Executive Carrie Lam has postponed her return to Hong Kong for a meeting with Chinese authorities in Beijing, as pro-democracy protesters here clashed again with police on Sunday.

Lam, now in the mainland city of Nanjing, will travel to Beijing on Tuesday and meet the following morning with Vice Premier Han Zheng, Hong Kong's government said Sunday. Han serves as China's point man on the semiautonomous territory.

The Hong Kong chief executive originally was scheduled to visit only Nanjing and Shanghai for cultural and economic events, then return to the territory on Tuesday. Lam's change of plans is expected to involve discussion with mainland authorities on how to respond to the protests, which have continued for five months.

But Hong Kong's government said "rioters" at the mall vandalized a restaurant and attacked police. Multiple people were injured, local media reported. The mall, packed with shoppers on the weekend, was forced to close early.