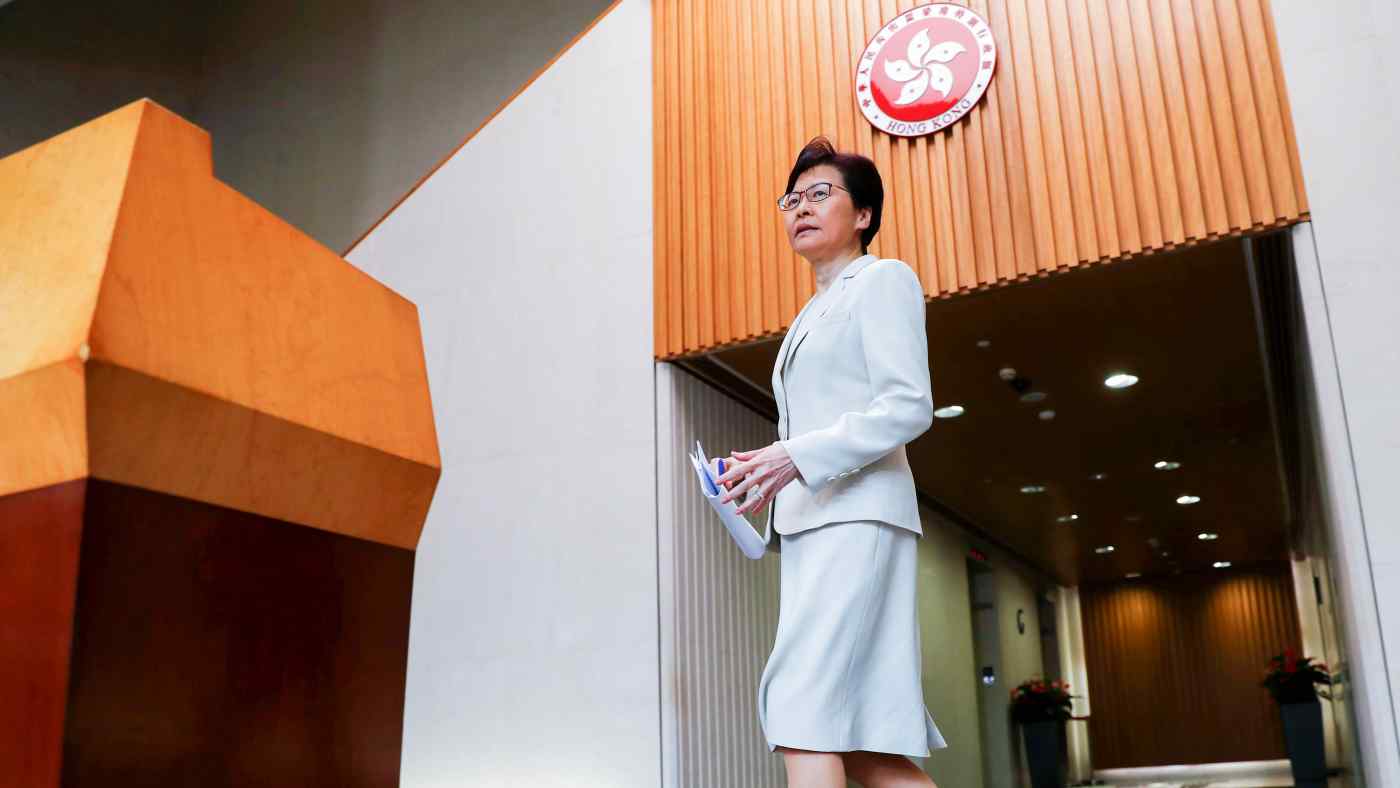 HONG KONG -- A day after announcing she would formally withdraw a controversial extradition bill, Hong Kong Chief Executive Carrie Lam on Thursday said that Beijing had backed her decisions at every stage during the turmoil that has gripped the city for three months.

Addressing a question at a news conference on Thursday morning about whether the Chinese Communist Party was involved in the decision-making process on the bill, Lam said that officials in Beijing "respect my decision."