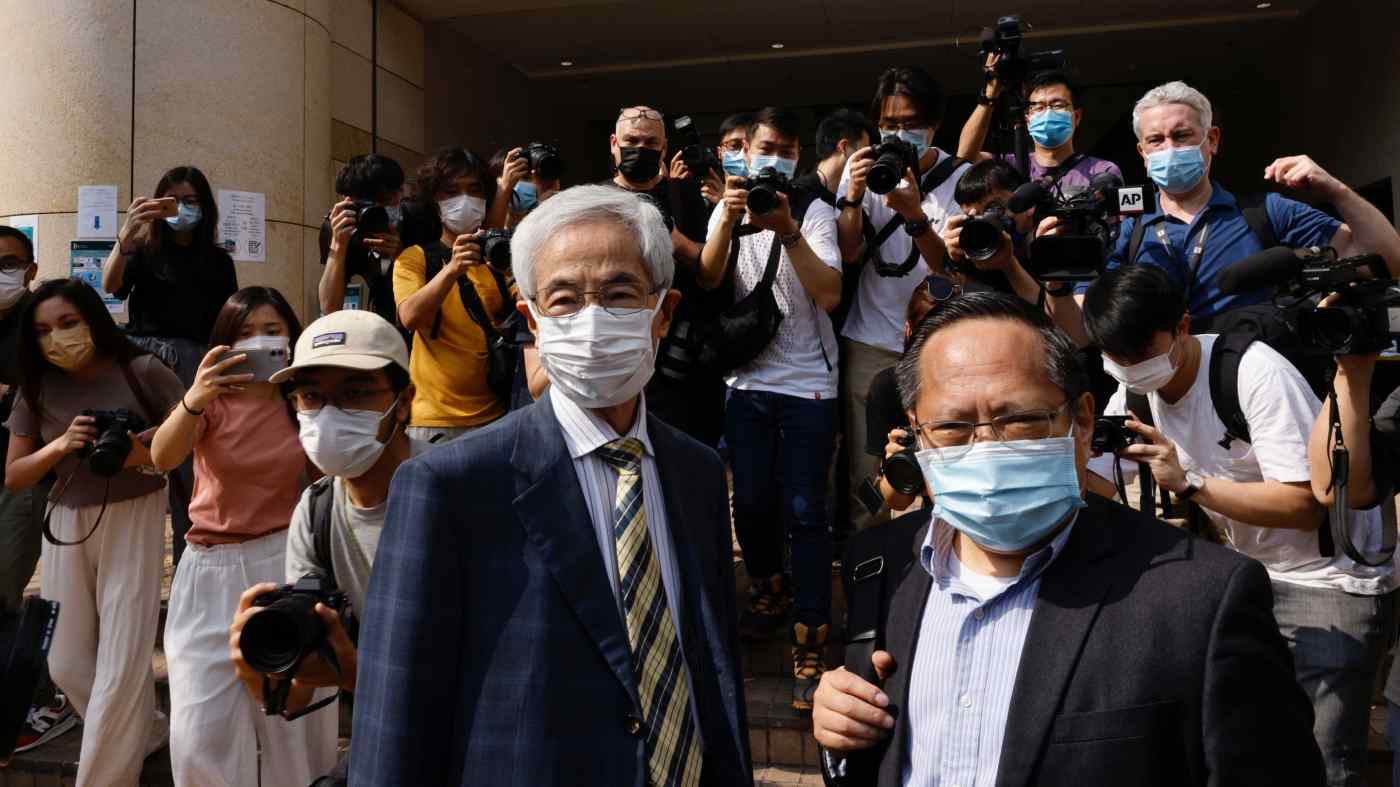 The four-week trial was heard in West Kowloon Court, where Judge Amanda Woodcock read the verdict on Thursday morning.

Three of those convicted -- Lai, Martin Lee and Albert Ho -- were previously named by Chinese state media as part of a "Gang of Four" responsible for widespread protests in 2019 in Hong Kong. The label referenced four radical Chinese leaders who were blamed for the Cultural Revolution of the late 1960s and early 1970s.

Prosecutors accused the seven activists of turning an approved assembly in the city's Victoria Park into an illegal march, while defense lawyers argued that they were only rallying outside the park due to overcrowding.

But the judge said the defendants intended to "defy the law and circumvent the ban" under the pretext of crowd control. "It was only a dispersal plan in name, and the truth is it was a planned unauthorized assembly," Woodcock wrote in her 89-page judgment.

The protest took place in August 2019 amid citywide anti-government protests against a now-withdrawn extradition bill and to demand full democracy in Hong Kong. The demonstration's organizer said 1.7 million people took part in the peaceful protest.

The seven convicted activists now face up to five years' imprisonment. The court is expected to hand down sentences at a later date. Two other ex-legislators involved in the same case -- Au Nok-hin and Leung Yiu-Chung -- pleaded guilty before the trial began.

Lawyers of the nine defendants will submit mitigation pleas on April 16 before the sentences are passed.

The court granted bail to five of Thursday's seven defendants on the condition that they surrender their travel documents. Meanwhile, Lai and Leung Kwok-hung will remain in custody for separate charges under the national security law.

Lai, the founder of the Apple Daily newspaper and a longtime critic of Beijing, is already in custody since being charged late last year with collusion with foreign forces, while Leung was charged with subversion for taking part in an opposition primary poll.

Both charges carry a maximum penalty of life imprisonment. Lai also has been charged in a number of other criminal cases.