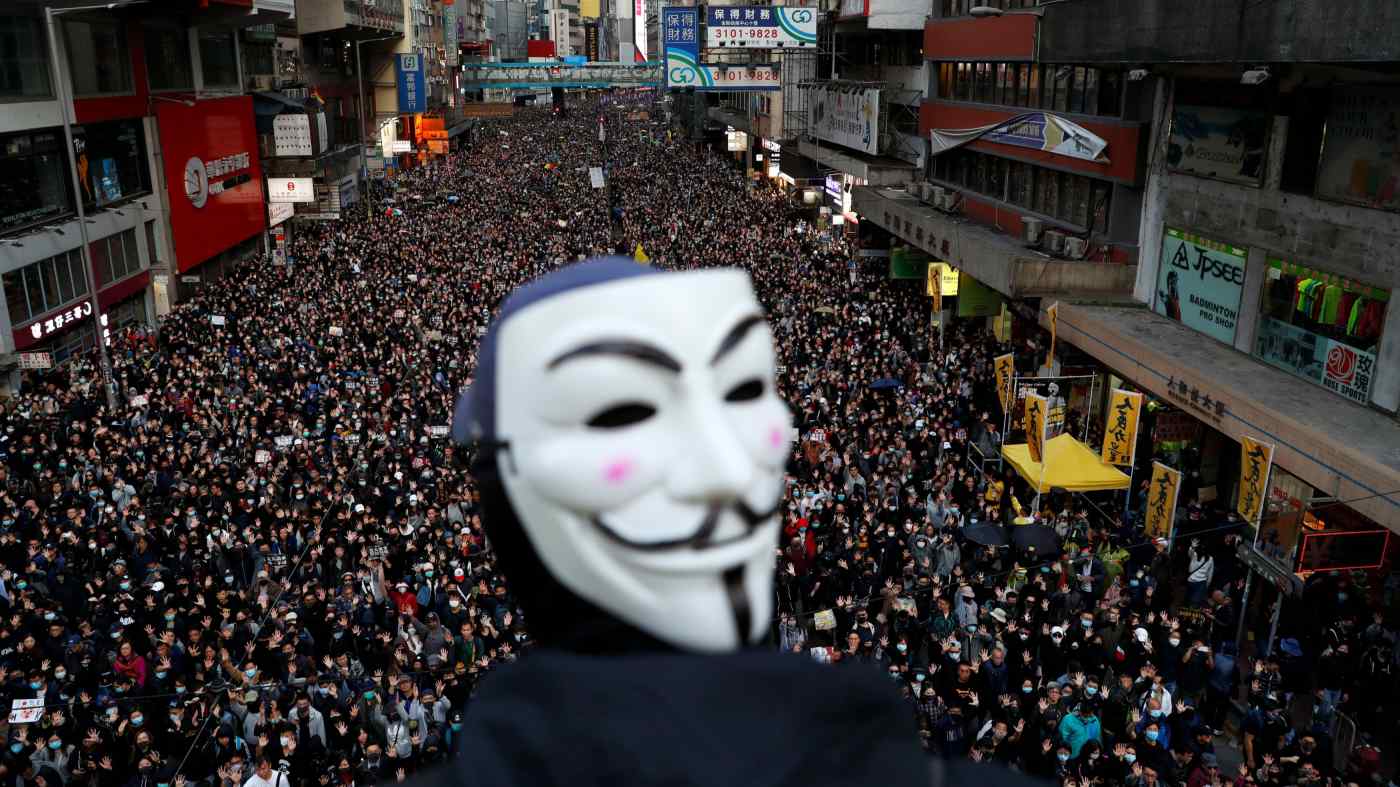 A demonstration in Hong Kong in December. The anti-mask case highlights a dilemma faced by authorities: Masks once worn by protesters are now ubiquitous, as people wear them to guard against the coronavirus.   © Reuters
MICHELLE CHAN, Nikkei staff writerApril 9, 2020 20:41 JST | Hong Kong
CopyCopied

HONG KONG -- A Hong Kong court on Thursday ruled that a controversial anti-mask law is partially unconstitutional, implying that the use of face coverings would be allowed in legal public demonstrations but would remain banned in unauthorized assemblies, while police no longer have the authority to physically remove masks from violators.

The ruling by the Court of Appeal also confirmed that the Hong Kong government has the power to invoke the colonial-era Emergency Regulations Ordinance "on any occasion of public danger," overturning part of an earlier High Court ruling that the law would give the chief executive too much power to make regulations.