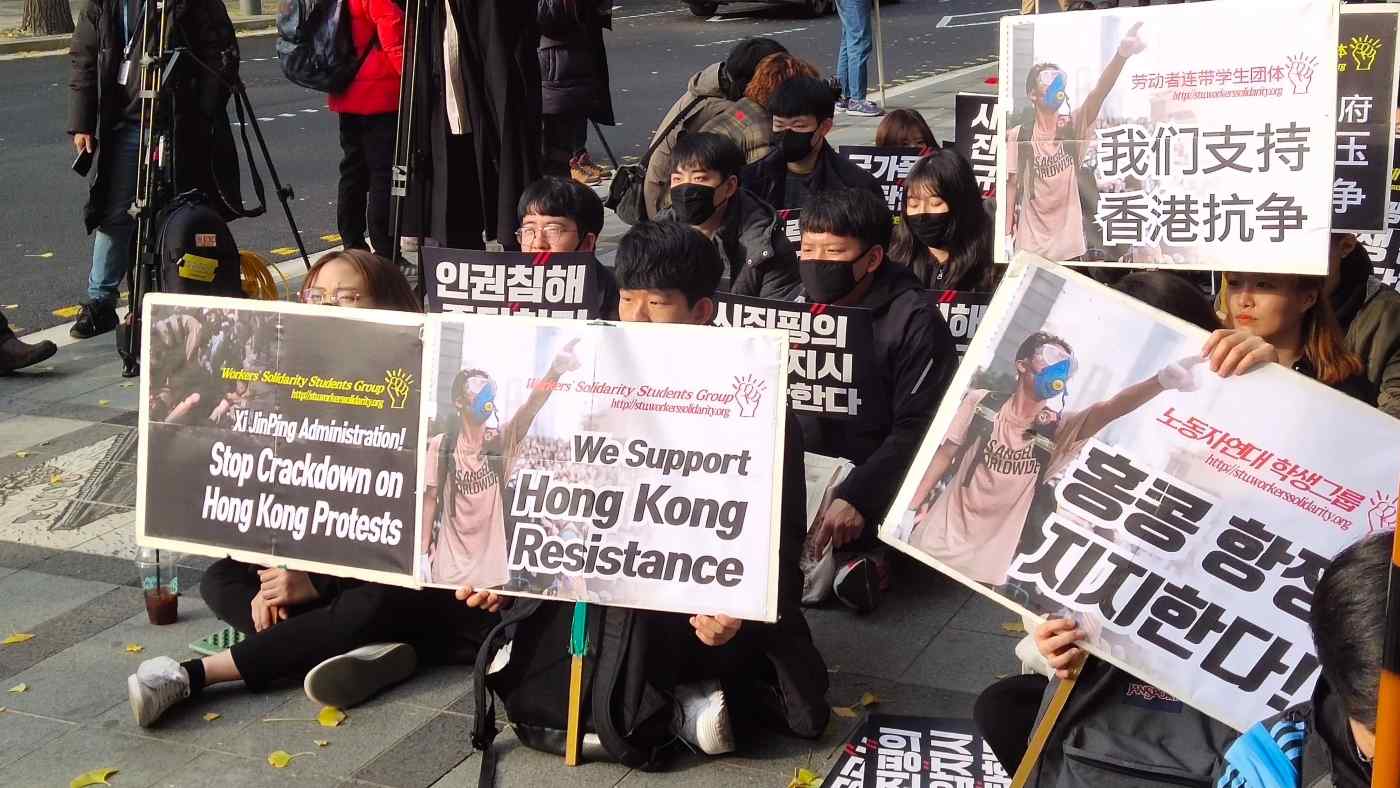 HONG KONG -- The waving of American and British national flags by Hong Kong protesters has repeatedly outraged Chinese state media during demonstrations against the city's government in recent months.

But while hoping for official U.S. and U.K. support, the demonstrators themselves have found more inspiration by looking north to South Korea.