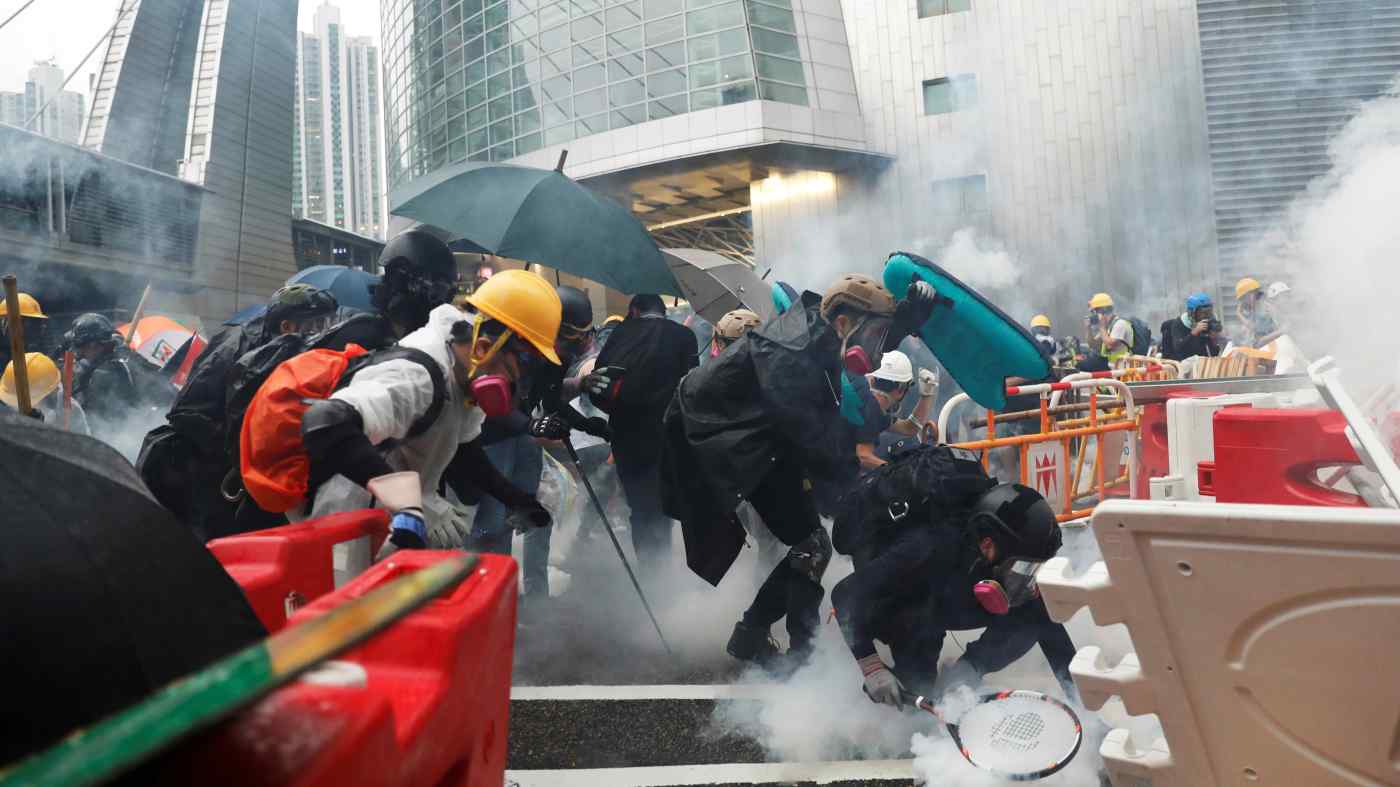 HONG KONG/SHANGHAI -- Protests in Hong Kong crossed the 80-day mark on Tuesday with no end in sight, dealing a heavy blow to a wide range of economic activities in the city from stock debuts to tourism.

The demonstrations, triggered in June by a controversial extradition bill, have now surpassed the length of the pro-democracy Umbrella Movement in 2014. But protesters and Hong Kong's government remain miles apart, jeopardizing the city's status as a key Asian financial hub and damaging its role as a bridge between the mainland and the rest of the world.