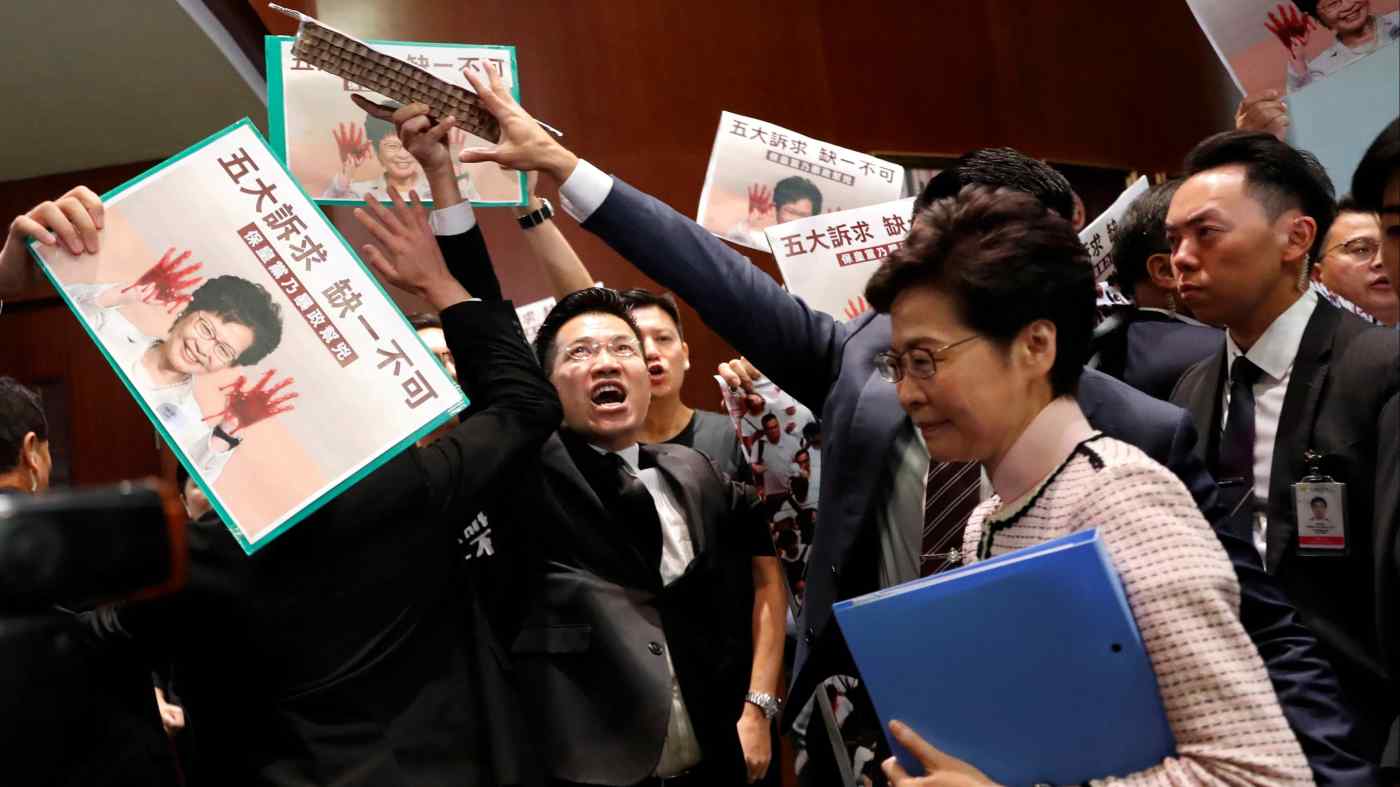 The secretary for security, John Lee Ka-chiu, made the announcement before lawmakers in the chamber of the Legislative Council. The move meets one of the five demands by anti-government demonstrators, who are also calling for the resignation of Chief Executive Carrie Lam.