HONG KONG -- Hong Kong Chief Executive Carrie Lam said Saturday that she will suspend a planned vote on a contentious bill that would allow people accused of breaking laws in mainland China to be extradited.

Lam said the government does not intend to set a deadline to move forward with the bill.

She admitted that "communication work [on] the proposal was not sufficient," and emphasized that she made the decision to "restore the calmness of our society."

"Give us another chance," Lam said at a news conference. "We can build a broader consensus."

When asked who was responsible for the turmoil caused by the bill, she did not answer the question directly but said neither she nor other top officials would step down over the unrest.

The decision comes after a demonstration drew a record number of people into the streets and violent clashes between protesters and police broke out over the past week. Lam made the announcement as people were being mobilized for another big protest march on Sunday. Protesters were also threatening strikes on Monday.

This is the second time a proposal on extradition has been shelved. Many people in Hong Kong are concerned that suspects will not get a fair trial on the mainland, where the Communist Party controls the courts.

"This is a stunning reversal for the HK government, Carrie Lam and the [Chinese] central government," said Steve Vickers, CEO of risk consultancy Steve Vickers and Associates. "This will be sufficient to curb the general outcry, but a hard core of agitators may continue to be active and might incur a future crackdown."

"This clearly is a significant moment for Hong Kong, but is not the end of this matter," Vickers added.

"The decision to suspend [the extradition bill] is [meant] to reduce the turnout of the protest and strikes in the coming days, and to prevent another round of confrontation," Chan said. "The bill will have to wait for a better moment. ...The knife is always hanging over our necks."

Lam has been under mounting pressure in recent days as several high-profile pro-establishment officials and lawmakers voiced doubts over her plan to push ahead with passage of the bill despite strong public opposition.

On June 9, over a million people took to the streets, march organizers say, to protest against the proposed amendment to the extradition law. The demonstration was one of the largest in the city's history. Many of the bill's opponents fear it will undermine Hong Kong's autonomy and competitiveness as a financial hub. Street demonstrations are one of the few ways that ordinary Hong Kong citizens can make their voices heard.

The standoff between police and protesters turned violent Wednesday as police drove back demonstrators with tear gas, rubber bullets, beanbag rounds and pepper spray. More than 80 people were hospitalized in the melee. The bill was originally scheduled to be debated by the Legislative Council on Wednesday, but was postponed due to the protests.

The pressure to at least pause the debate on the bill, if not retract it, has been mounting on the Hong Kong government and Lam as the protests attracted international attention.

A number of U.S. lawmakers have voiced concern that the proposed amendment puts the city's status as a global financial center at risk. Washington treats Hong Kong as a separate entity from mainland China in matters of trade and economic affairs.

Even within Lam's cabinet, Bernard Chan, a leading member, said on Friday that it was "impossible" to proceed with debate on the proposed law. Chan, a financier and the convener of Lam's Executive Council, told public broadcaster RTHK that officials need to think about what to do next.

Another member of the Executive Council, lawyer Ronny Tong, on Friday told RTHK that he "would not object" if the government decides to put the bill on hold, and he urged government officials to meet with opponents of the legislation to work out a plan acceptable to both sides. 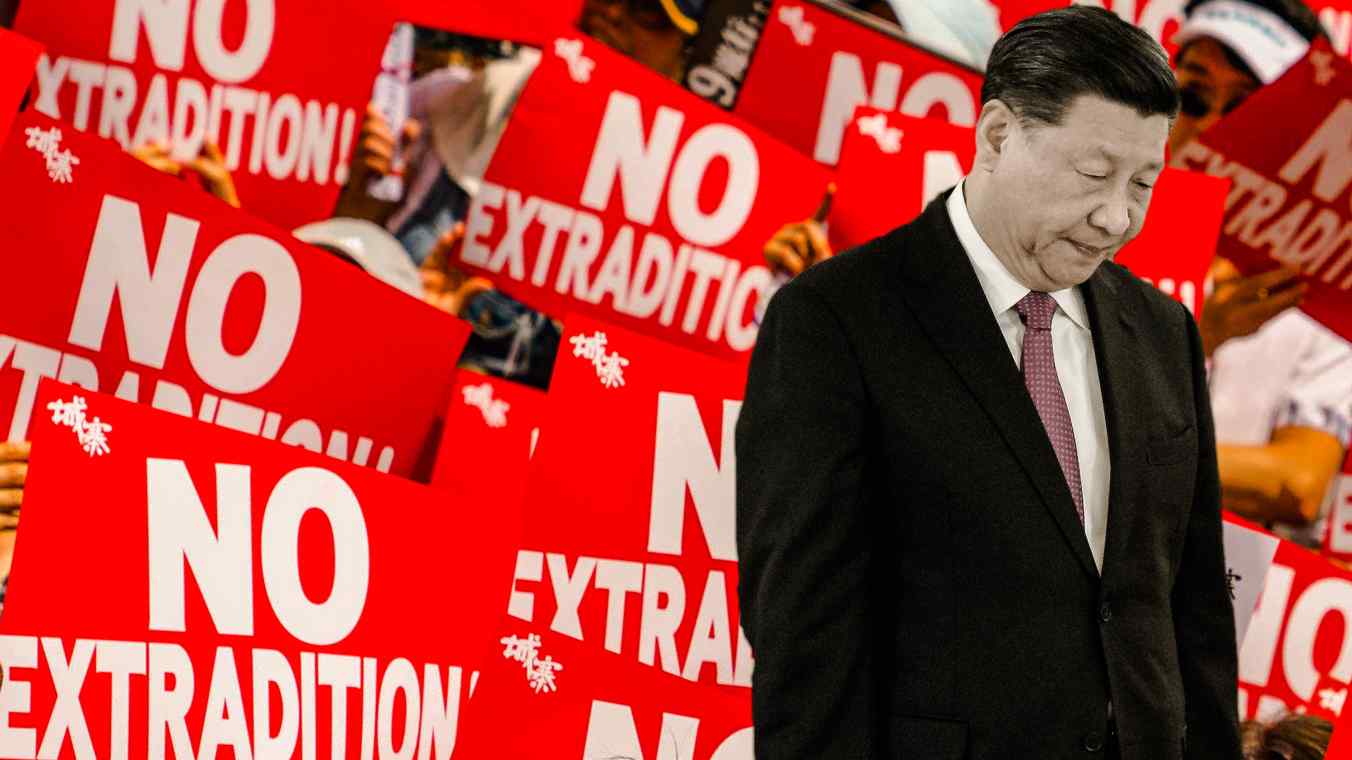 The dispute began in February, when the Hong Kong government revived a plan shelved some 20 years earlier to amend its extradition law. If passed, it will allow fugitives in the city to be transferred to jurisdictions other than the 20 countries with which Hong Kong already has extradition treaties.

The move was triggered by a legal dilemma. The government was not able to transfer a Hong Kong man accused of killing his pregnant girlfriend in Taiwan for trial because the two governments do not have an extradition treaty.