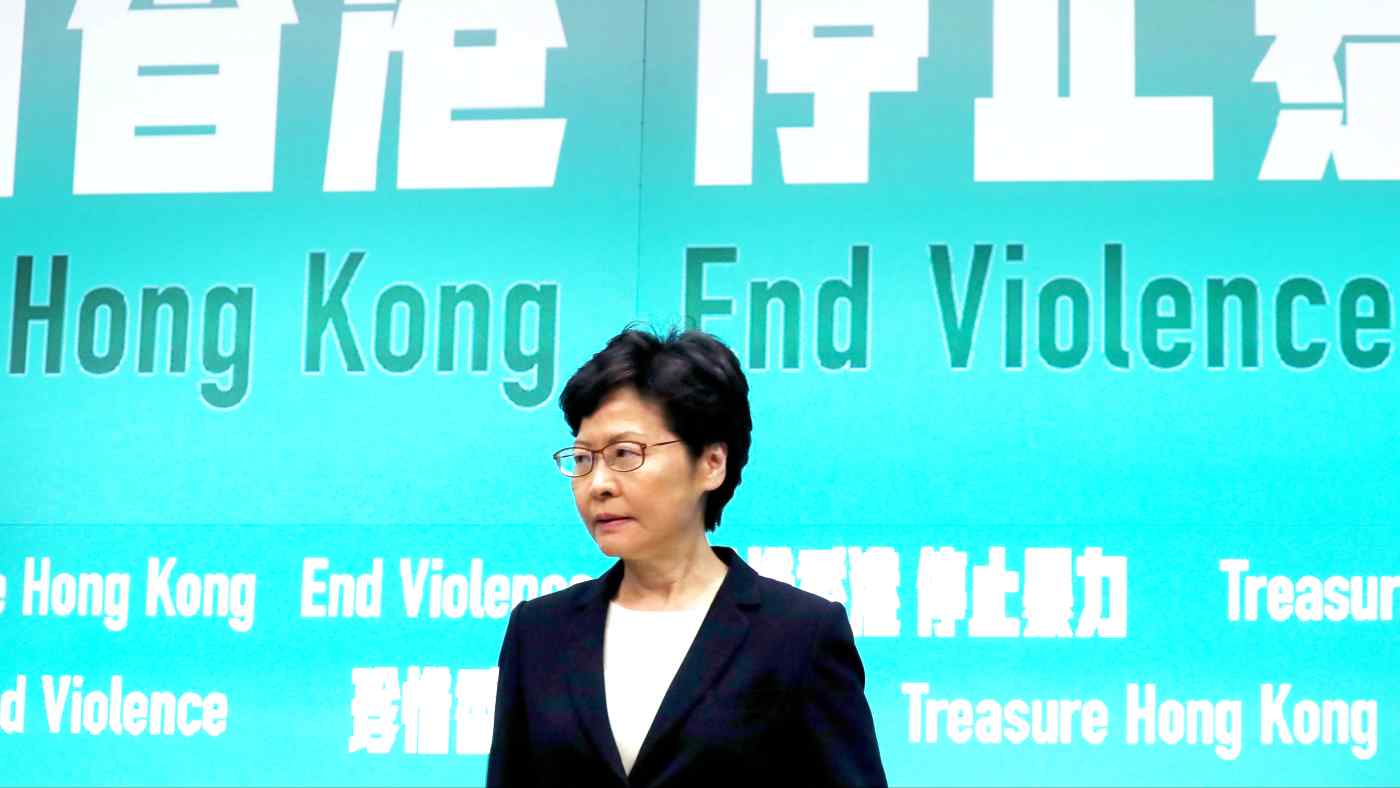 HONG KONG -- Hong Kong officials invoked sweeping emergency powers that would ban the wearing of masks by protesters during demonstrations.

Carrie Lam, the city's chief executive, on Friday announced the invocation of the colonial-era Emergency Regulations Ordinance. The law's authority is to be used for the first time since 1967, and the mask ban will take effect from midnight.