Pro-democrats plan to pressure government for reforms after winning elections 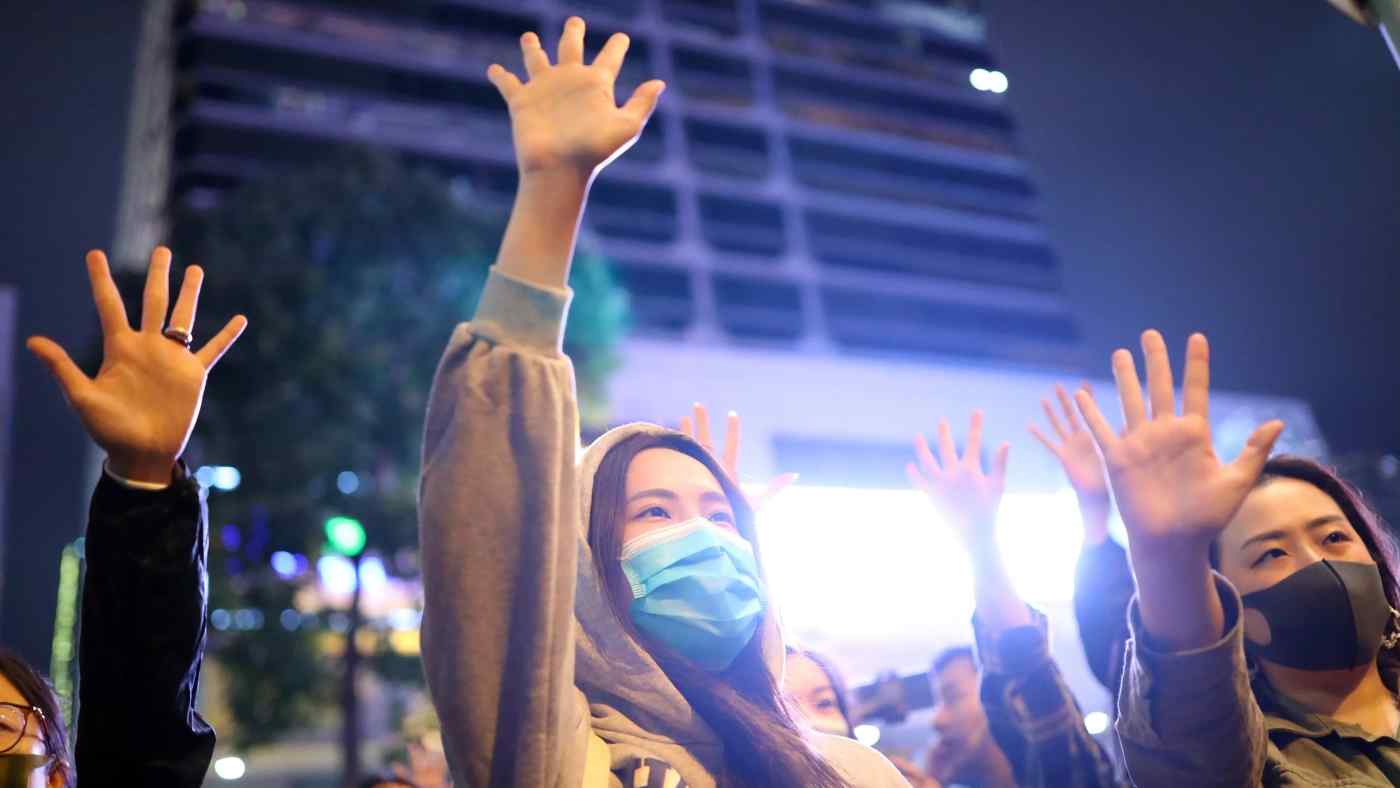 HONG KONG -- Beijing has reaffirmed its "firm support" for troubled Hong Kong leader Carrie Lam, despite a landslide win by opposition parties in local elections, as voters vented their frustration over her administration's handling of anti-government protests.

Geng echoed remarks made by his boss Foreign Minister Wang Yi earlier in Tokyo, claiming that Hong Kong matters were China's domestic affairs. He also restated Beijing's commitment to enforcing the "one country, two systems" framework, under which the city is meant to enjoy a high degree of autonomy that mainland Chinese cities are denied. "Hong Kong is China's Hong Kong," Geng said.

Earlier on Monday, Wang told reporters in Tokyo: "Any attempts to undermine the stability and prosperity of Hong Kong will end in failure." Prior to that, Japanese Prime Minister Shinzo Abe, at a meeting with Wang, had urged China to maintain a free and open Hong Kong.

Sunday's district council elections saw the highest turnout ever, with nearly 3 million people, or 71.2% of registered voters, casting their votes. The pan-democracy camp reaped big gains, claiming more than 80% of the total 452 seats up for grabs. The democrats also gained control of 17 of the 18 larger districts, giving them a bigger bargaining chip against the government.

Wu Chi-wai, chairman of the Democratic Party, now the largest political party at the district council level, attributed its success to the eruption of public grievances against the Hong Kong government triggered by a now-scrapped anti-extradition bill. His party more than doubled its seats, gaining 91 places.

He expected democrats from the different parties to come together to build a stronger alliance so that they could be in a better position to press the government in political and livelihood issues.

"There will be more changes going forward. I wish the pro-democracy camp can be united and take advantage of the victory, " Wu said.

China's Xinhua News Agency on Monday reported that the election took place, but did not mention the results. Instead, the state-run outlet said: "On the day of the election, troublemakers harassed the patriotic Hong Kong candidates."

Chung Kim-wah, assistant professor at Hong Kong Polytechnic University, the scene of a violent standoff between students and police over the last week, said the election result shows that "people's anger toward the pro-Beijing camp's mishandling of the political crisis is immense."

"It's noteworthy that pro-Beijing camp still won [up to] 40% of the [total number of] votes, thanks partly to their years-long experience in community work and strong connections in local districts," he added. "The pan-democrats still face an uphill battle next year."

Kenneth Chan Ka Lok, associate professor at Hong Kong Baptist University, pointed out that the result was also due to the opposition's "success in uniting people across the spectrum, ending the schism in the past few years." The opposition in the past have been divided.

"It is actually good timing for Beijing and Carrie Lam to rethink their strategy on how to resolve the protest," he said. "If Beijing feels humiliated by the election result and continues to suppress people's voices, I can only imagine the crisis will deepen further and violence will escalate."

In a note published on Monday, Simon Pritchard, global research director at Gavekal Research, wrote: "It is possible that Beijing takes the message that Hong Kong's political culture remains anchored, and the way to buy off dissent is to appeal to a middle class that remains pragmatic in its political aims."