About 100 people, including minors, remain on PolyU campus on fifth day of siege 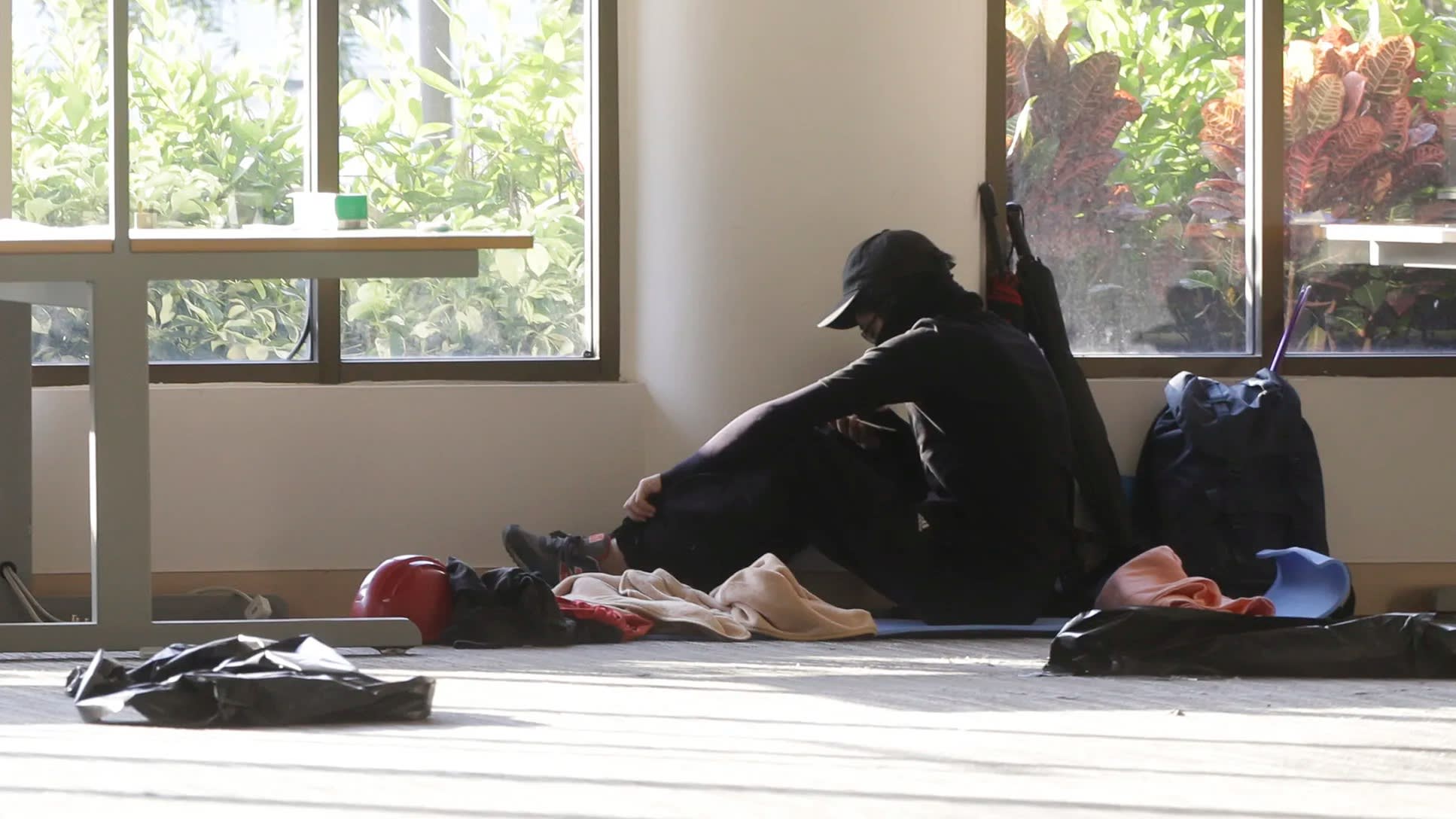 HONG KONG -- About 100 people on Thursday continued to sequester themselves inside a Hong Kong university, the site where clashes between protesters and police erupted in a tense standoff earlier this week.

Ip Kin-yuen, a lawmaker in the Legislative Council, told public broadcaster RTHK that some of the people inside the Hong Kong Polytechnic University campus were "trapped" and they did not have adequate time to leave when police gave them the opportunity. "That was the time when there was a lot of conflict between the protesters and police," said Ip, who met some of them on campus.

He said that some of those trapped inside were not protesters and an uncertain number were minors under the age of 18.

The government said it hoped lawmakers, teachers, religious figures and others could help to persuade those still holed up at PolyU to give themselves up. Hundreds of anti-government protesters emerged from the campus earlier this week and were subsequently arrested.

"For those who still haven't made up their mind to come out to surrender, then of course we will continue to persuade them through all sorts of means," Secretary for Security John Lee said at a news conference on Wednesday.

"And I think society's efforts collectively will help. And it is important, I think, that the right message given to them that whatever their self-proclaimed purpose is, if their act contravenes the law, then everybody has to take up their responsibility," Lee said.

Lee said it was important for those remaining at the campus to know that it would be "dangerous for them to remain" there. "It is important that we all try to de-escalate the whole matter." 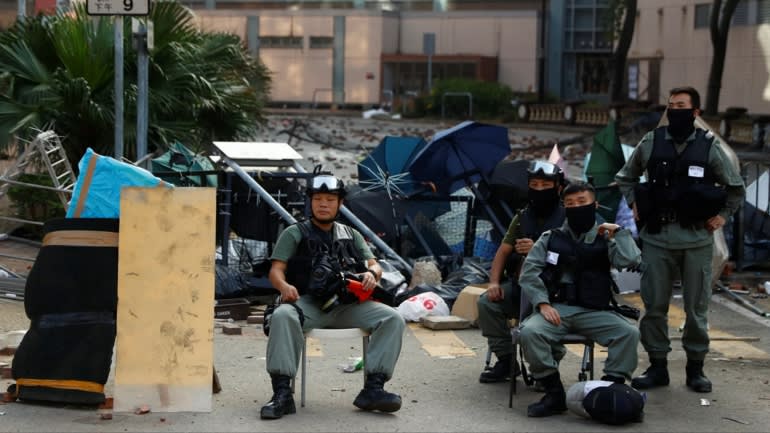 While protesters elsewhere in Hong Kong on Thursday continued to disrupt the morning commute, the city was relatively calm. Concerns have been growing that Sunday's District Council elections will be postponed or canceled, and the government has warned it might be forced to take such action if violent clashes continue.

At the same Wednesday news conference, the Chief Secretary for Administration, Matthew Cheung said that cooperation by the "violent protesters" was crucial.

"It takes two to tango. No matter how committed we are to maintain law and order, it really counts on whether they cooperate," Cheung said. He warned that vandalism, violence, blocking roads and other activity would make it difficult for voters to feel safe in going to polling locations and it would "ruin this election."

The Secretary for Constitutional and Mainland Affairs, Patrick Nip, said this week that three conditions -- an end to violence, roads and tunnels staying open, and a halt to the vandalism of transport facilities -- needed to be met to hold elections, RTHK reported.

Meanwhile, the political fallout over U.S. lawmakers' action this week to pass a bill in support of Hong Kong protesters continued to reverberate on Thursday.

"The act to interfere in China's internal affairs isn't worth the paper it is written on," the People's Daily, the mouthpiece of China's Communist Party said in an editorial on Thursday.

The newspaper said what it called the U.S.'s conspiracy to use Hong Kong against China is "doomed to fail," and threatened that Washington will have to bear all the consequences from China's unspecified retaliation measures if it continues to intervene.

The U.S. Senate unanimously passed the Hong Kong Human Rights and Democracy Act, which requires the U.S. government to review annually whether the city's "one country, two systems" formula is functioning and calls for sanctions on those who abuse human rights in the former British colony.

The House of Representatives approved its own version of the measure last month. Both pieces of legislation must now be reconciled, then voted on in each chamber one last time before heading to the desk of President Donald Trump, who will have 10 days to sign the legislation into law or veto it, according to U.S. media.

Stocks in Asian markets on Thursday after a report from Reuters saying that the U.S. legislation could delay "phase one" of a trade deal between Washington and Beijing. By midday, Hong Kong was down 1.6%, while Tokyo dipped 0.8% and Shanghai fell 0.4%.