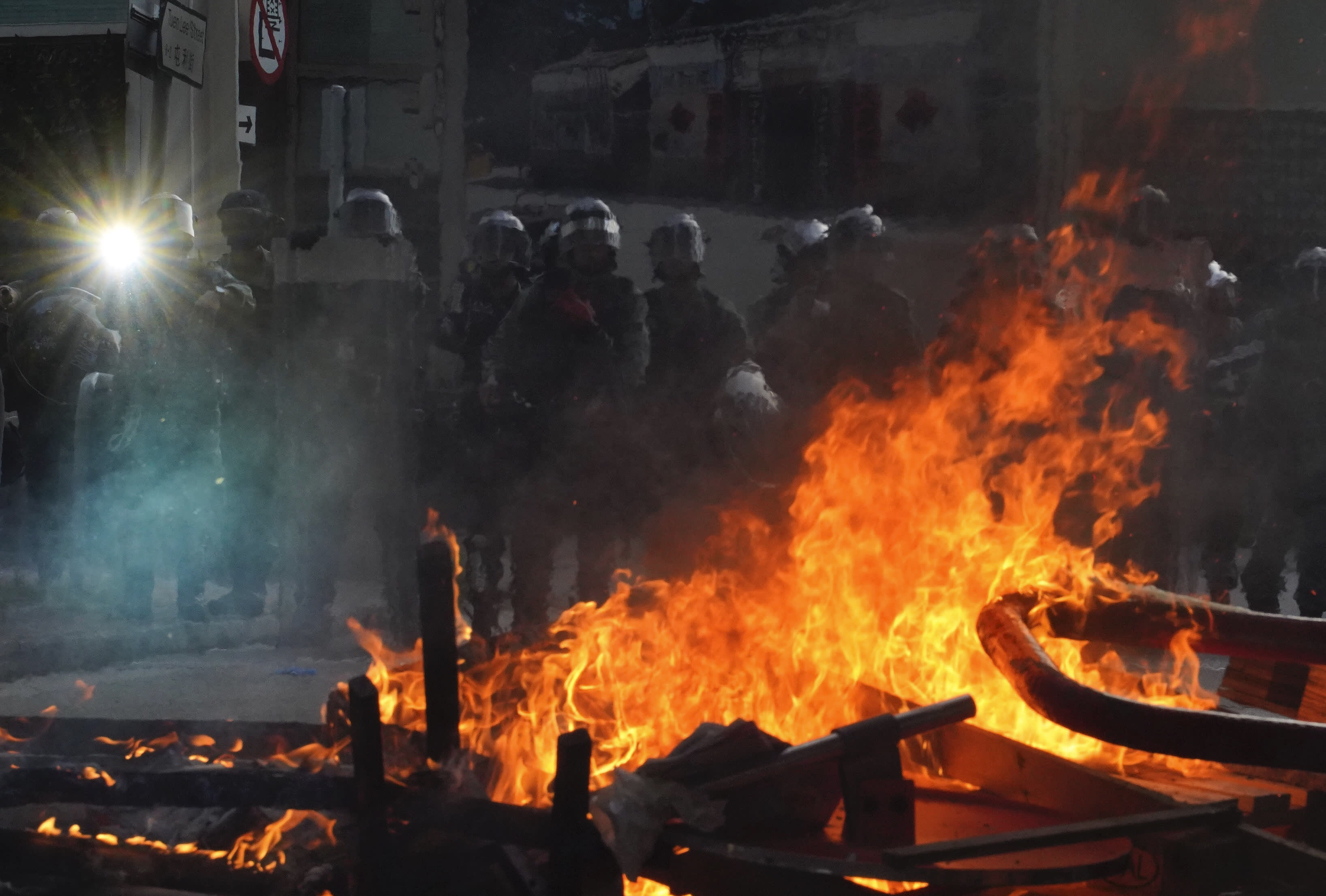 Police face a burning barricade during protests in Hong Kong on Sept. 21. Protesters in Hong Kong burned a Chinese flag and police fired pepper spray Saturday in renewed clashes over grievances by the anti-government demonstrators.   © AP

A largely peaceful march was held in the afternoon in Tuen Mun district. Although the march was approved, some of the thousands of demonstrators later spilled over from sidewalks onto the road, prompting the police to intervene.

While most protesters left the area after the organizer decided to end the march early, some hard-core elements stayed behind and set up roadblocks to slow down an approaching police line.

Several rounds of tear gas were fired at protesters who threw bricks and petrol bombs outside the Tuen Mun Town Plaza. The crowd retreated as police gave chase, with many protesters fleeing into the plaza. Local TV footage showed a handful of protesters being held down by police.

A Chinese flag flying at a government office was lowered from a post and set afire by some protesters, while roadblocks were set on fire elsewhere. Facilities at a light rail station nearby were damaged.

The standoff continued into the evening.

The subway operator has shut down Tuen Mun and nearby Yuen Long subway stations, where a sit-in protest was scheduled later in the night, to prevent protesters from gathering there and possibly vandalizing the facility.

Protests triggered by a government-proposed amendment to a China extradition bill, which would allow fugitive transfers to mainland China, have been ongoing since June, even after the government's recent decision to withdraw the bill.

The protests have widened from demanding the withdrawal of the bill to calling for an independent probe into alleged police brutality, pardons for arrested protesters and democratic reform.