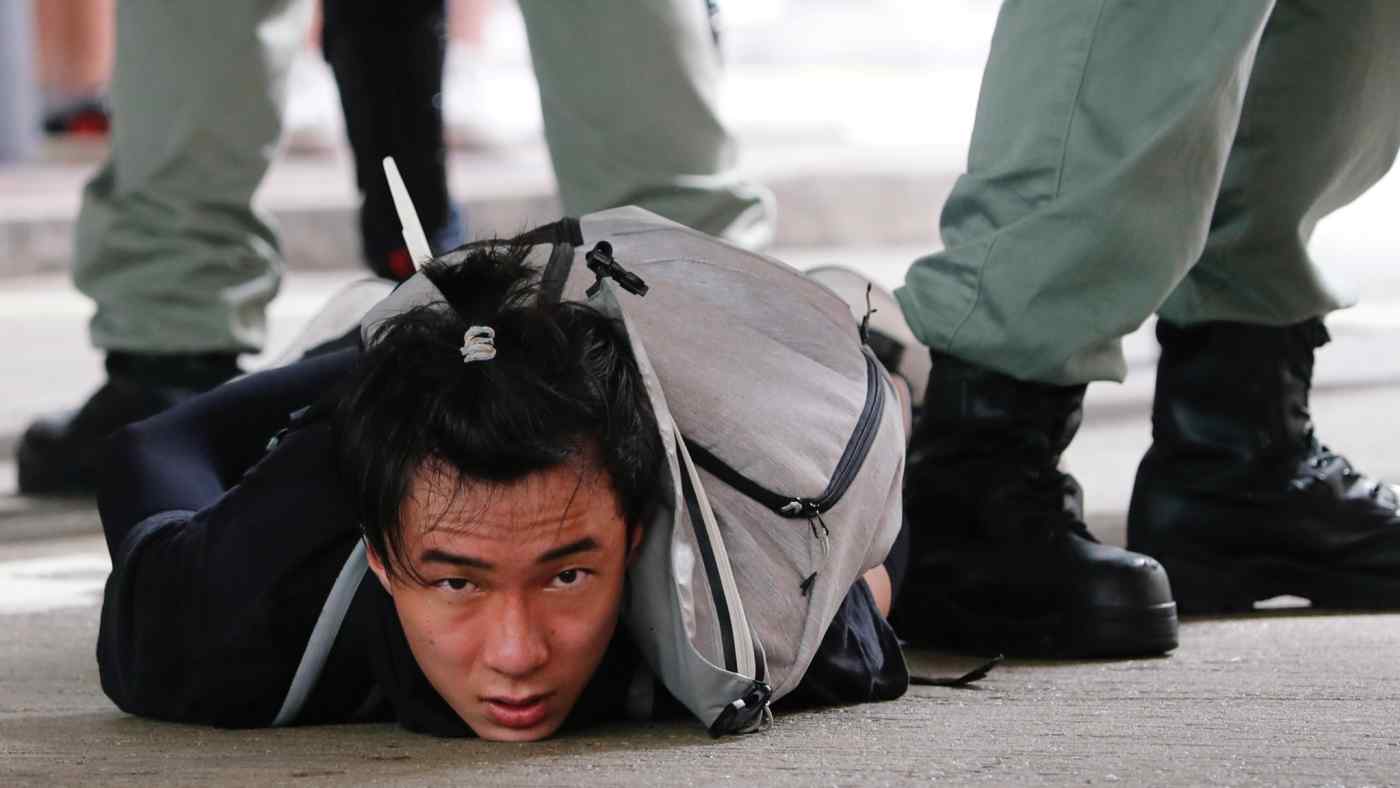 HONG KONG -- Police in Hong Kong made their first arrests of protesters since the city's new national security law came into effect late on Tuesday.

As of 8:30 p.m. Wednesday local time, more than 300 people had been arrested on charges of illegal assembly, furious driving and breaching the security law during an afternoon demonstration to mark the 23rd anniversary of the former British colony's handover to China.