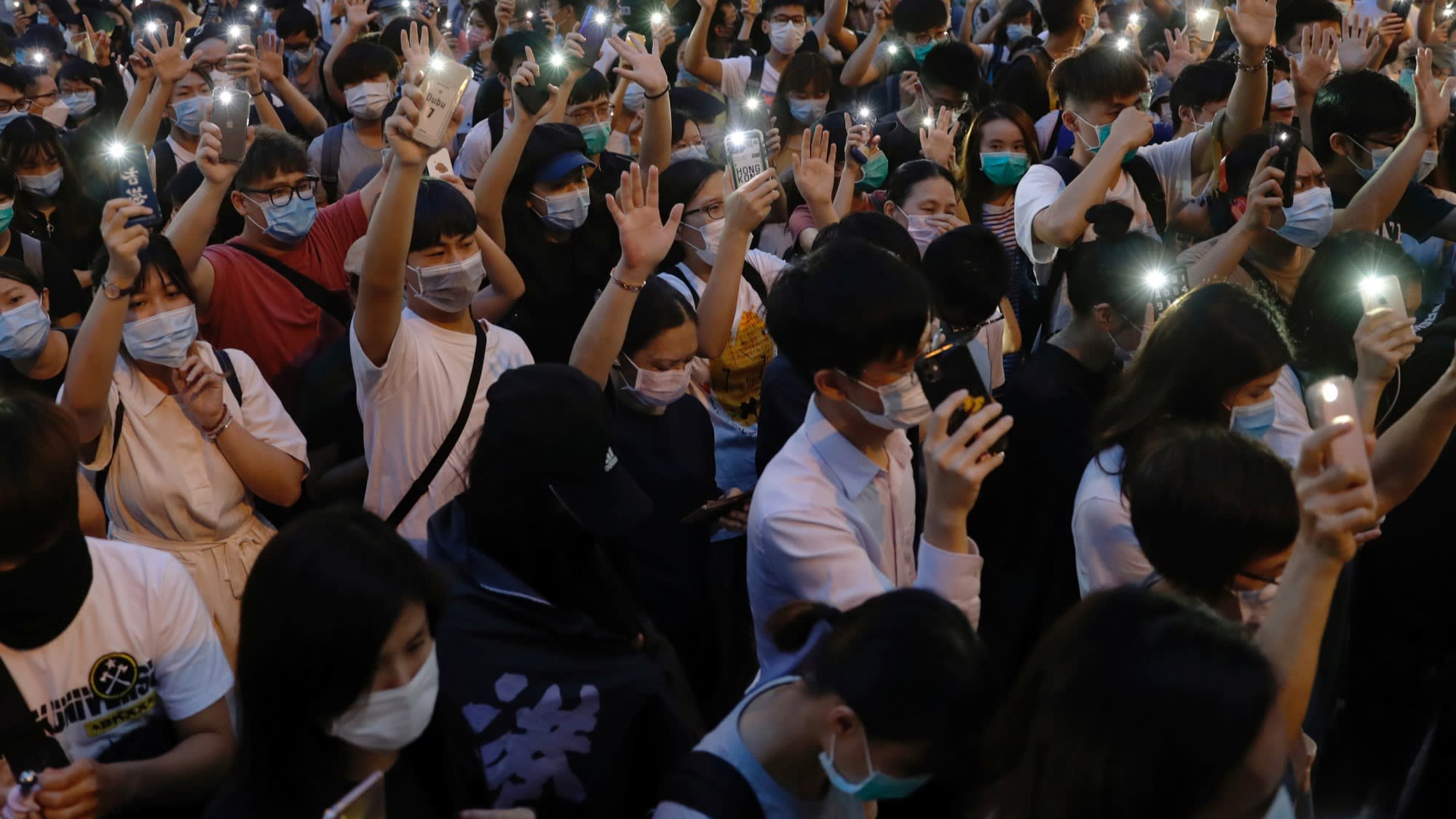 Pro-democracy demonstrators march during a protest to mark the first anniversary of a mass rally against the now-withdrawn extradition bill, in Hong Kong in June 2020.   © Reuters
June 28, 2020 05:36 JST | Hong Kong
CopyCopied

HONG KONG  (Reuters) -- The Hong Kong police department on Saturday denied permission for an annual march in the former British colony on July 1 to mark the anniversary of the city's 1997 return to China, the organiser and the police said in separate statements.

In a notice to the organiser, Civil Human Rights Front, the police cited the city's current rules limiting gatherings to no more than 50 people due to the coronavirus pandemic, saying public assemblies and demonstrations are not exempted.

The notice, posted on the front's Facebook page, also cited violent incidents that took place after public assemblies and rallies organised by the group over the past 12 months.

"Upon risk assessment, police considered that the public meetings and procession are high-risk activities," the local police department said in a separate post on the department's Facebook page.

The move comes ahead of a three-day meeting from Sunday of China's parliament, which is expected to enact new national security legislation on the eve of the 23rd anniversary of Hong Kong's return to Chinese rule.

China says the national security law, which has alarmed foreign governments and democracy activists, will target only a small group of troublemakers and people who abide by the legislation have no reason to worry.

China took back control of Hong Kong on July 1, 1997, under a "one country, two systems" formula that allows freedoms not enjoyed in mainland China, including freedom of protest and a much-cherished independent judiciary.

In recent years, the anniversary of the handover has been marked by deepening despondency about what many residents saw as increasing meddling by the mainland and the erosion of freedoms.

On Friday, U.S. Secretary of State Mike Pompeo said Washington was imposing visa restrictions on Chinese officials responsible for restricting freedoms in Hong Kong, but he did not name any of those targeted.