Demonstrations now bigger, more violent and leaderless, but will they end the same? 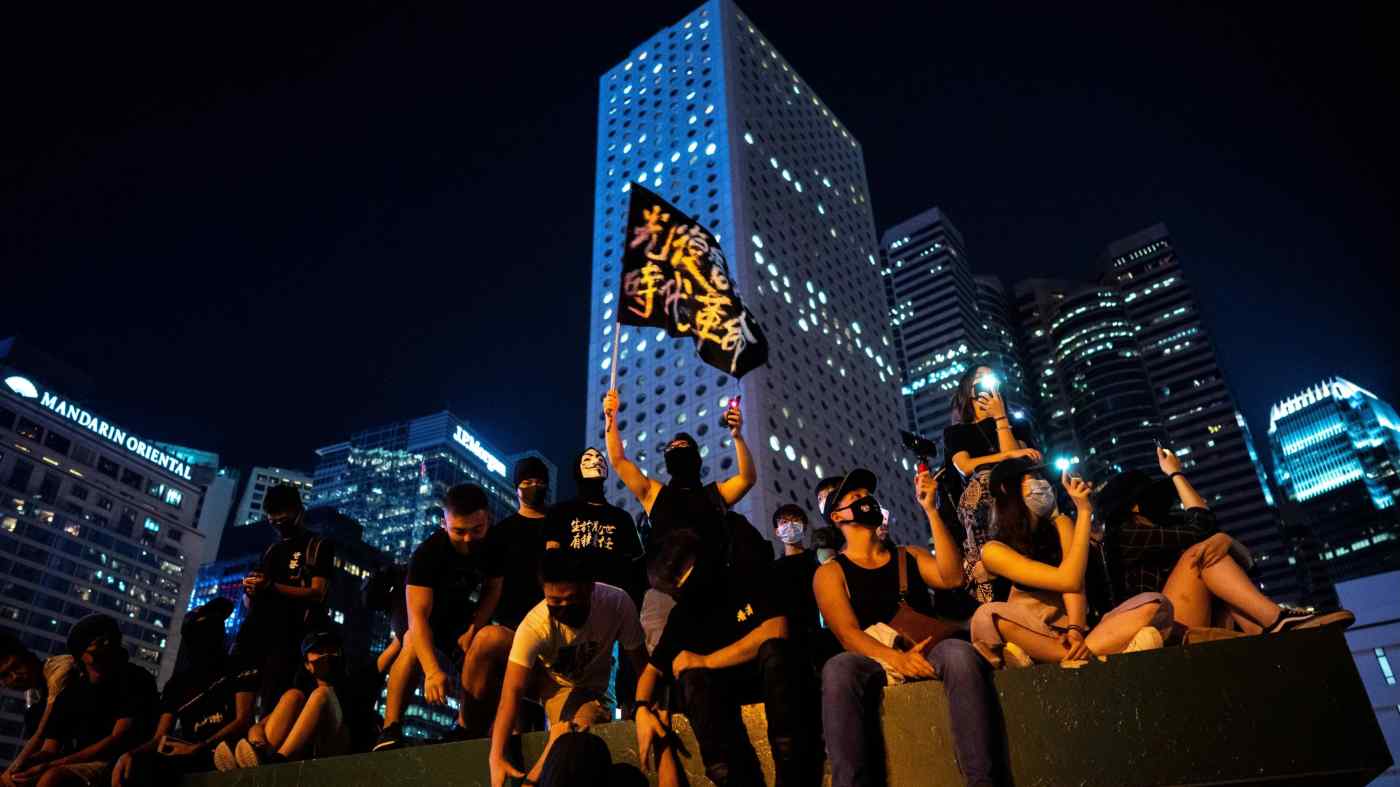 HONG KONG -- With Saturday marking five years since the start of Hong Kong's failed pro-democracy Umbrella Movement, the city's current protesters are digging their heels in for what many consider a last stand against mainland China's growing control over the city.

"Even though so many of us took part in the sit-in last time, we couldn't change anything," said a 24-year-old office worker who has taken part in the demonstrations, which at times have turned violent. He said he has clashed with police and destroyed government property as part of the ongoing protests.

The Umbrella Movement in 2014 ended after 79 days, with the Hong Kong government refusing to make any concessions despite meeting with student leaders who were calling for universal suffrage. Public discontent over the economic toll of the protests -- which closed down many parts of the city -- and radical tactics used by protesters hurt the movement.

In the movement's aftermath, the Hong Kong government has since restricted some pro-democracy lawmakers from running for and serving in the city's Legislative Council. There was also little outcry when leading activists were jailed, which seemed to indicate that the movement was dead.

But when a bill to allow Hong Kong residents to be extradited to the mainland as criminal suspects was floated in June, the fury of Hong Kong's youth was reignited. Concern spread across a wider slice of society this time, since every Hongkonger could have been affected if the bill had passed.

While the Umbrella Movement drew about 100,000 people to the streets, up to 2 million have shown up to the current protests, organizers say. The protests have also turned more violent and have had a greater economic toll on the city. Protesters even shut down the city's international airport for two days in August.

Protesters have taken several lessons to heart from their failure five years ago, namely to not have a designated leader, to not engage in dialogue with the government, and to not criticize radical tactics.

After more than 100 days of protests in the city, this year's movement has morphed from demanding the extradition bill be completely scrapped to a list of five demands, including one crucial to the Umbrella Movement, universal suffrage.

Public support has remained strong. In a September poll by a local newspaper, 39% of respondents said the protesters were too violent, while 72% said the police where too violent.

The "one country, two systems" framework, under which Beijing grants Hong Kong a high level of autonomy, is set to expire in 2047. "This could be the last chance for Hong Kong," a protester said, echoing a common concern that Chinese President Xi Jinping will only crack down on the city once the situation is contained.

"What's going on right now is more a rebellion than a protest," said Toru Kurata, a professor at Tokyo's Rikkyo University who is an expert on Hong Kong politics.

But the lack of a clear leader also makes it harder for the government and protesters to find a pragmatic resolution.

Demonstrators remain angry even after Hong Kong's leader, Chief Executive Carrie Lam, granted one of their demands, saying she will completely withdraw the extradition bill.

But for all its intensity and vigor, it remains unclear whether the current protests will bring about any more change than the Umbrella Movement.