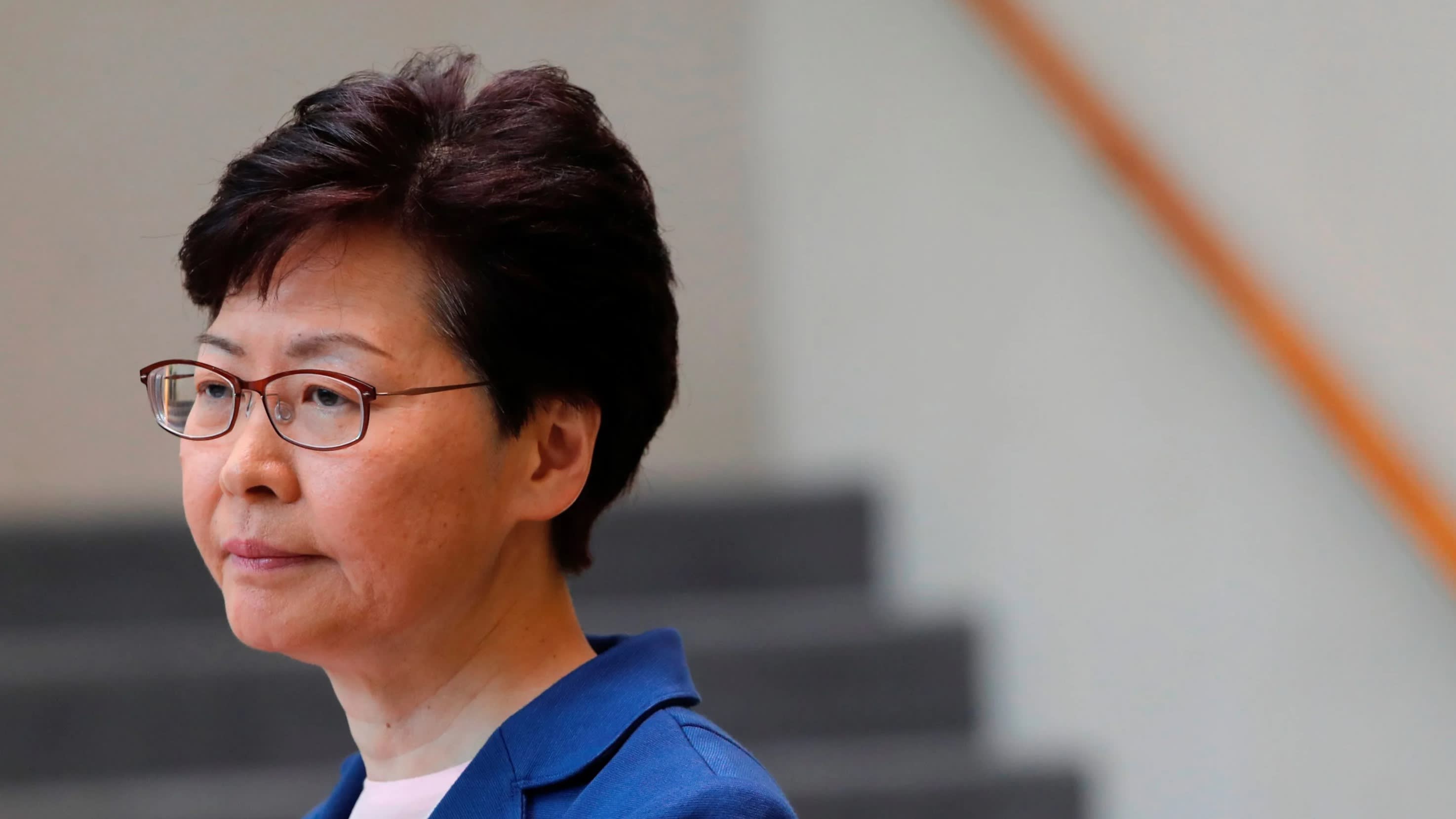 Protest organizers have demanded for weeks that the government formally withdraw the now-suspended bill, which would allow people in Hong Kong to be handed over to mainland China.

"The same thing being said over and over again does not make it any better or mean anything more," said Bonnie Leung, vice convener of Civil Human Rights Front and an organizer of massive protests that have drawn an estimated 2 million people to the streets in key commercial and business districts over the past month. "She still refused to say the word 'withdraw'," Leung said.

Lam suspended legislative debate on the bill following protests and violent clashes between protesters and police last month, saying it would expire in July 2020 when the current session of the Legislative Council ends.

"There are still lingering doubts about the government's sincerity or worries whether the government will restart the process in the Legislative Council," Lam said on Tuesday at a regular media briefing at government headquarters.

"So, I reiterate here, there is no such plan, the bill is dead," Lam said, describing the government's work on the legislation as a "total failure." Lam also said she is willing to hold open conversations with student leaders.

But the apparent concessions made by Lam was still not enough to ease the anger among protesters, as none of their key demands -- including a complete retraction of the bill, dropping charges against some protesters and Lam's resignation -- were reflected.

Leung of Civil Human Rights Front said it will hold assemblies and protests very soon if Lam and her administration continue to ignore protesters' demands. "We are discussing the details, and we will announce them later," she said.

Lam's claim that the bill is dead was a "ridiculous lie," Joshua Wong Chi-fung, a political activist and student leader of the Occupy Central protests, also known as the Umbrella Movement, in 2014, said on Twitter, because it remains on LegCo's program until its term ends next year.

Wong noted that Lam's decision to not take legal procedures to formally withdraw the bill was merely playing semantics. "The crux does not lie in the word play, whether 'suspend' or 'withdraw.' I think the key is whether she would promise not to initiate the bill again during her term," he said. "She has to make it clear."

Instead of assuring the public who are concerned over the bill, Ray Chan Chi-chuen, a pro-democracy lawmaker, said that Lam's indifferent attitude would only further anger people.

"She knows all too well that a complete withdrawal of the bill will ease Hong Kong people's concerns, and it's the only word Hong Kongers want to hear, but Carrie Lam refused to withdraw the bill," Chan said. "Lam can't care less about the people whom she is supposed to serve."

Ventus Lau, who an organizer of some recent demonstrations, said he was "quite angry" over Lam's comments. "Her response shows that she is still very stubborn," he said.