Seen as the enemy, mainlanders shun the special administrative region 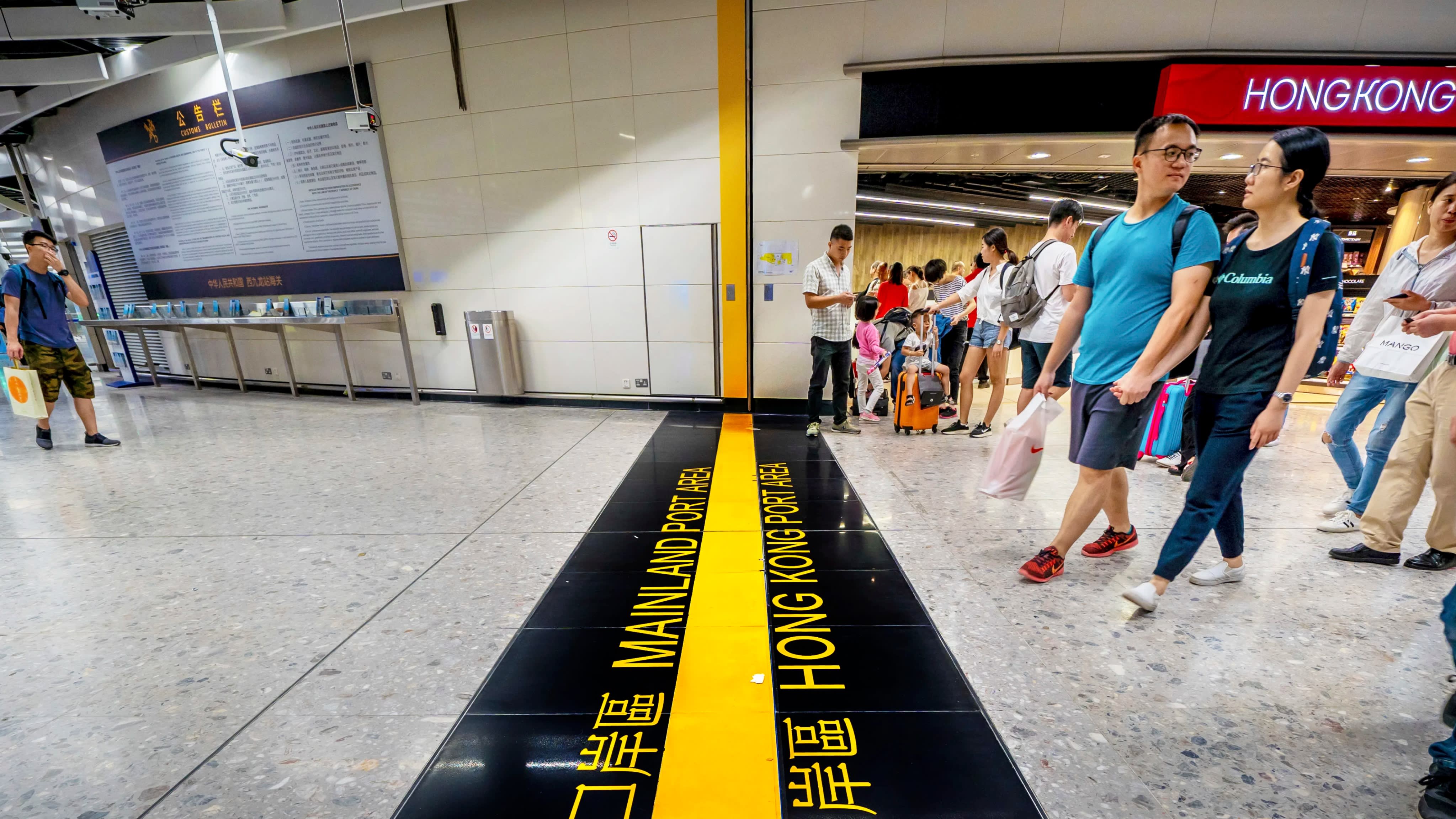 GUANGZHOU, China -- The number of Chinese mainland visitors to Hong Kong in August plunged more than 40% from the year-earlier total, the largest drop in more than 10 years and an indication that pro-democracy protests are threatening a government plan to further integrate the special administrative region with Guangdong Province.

Aboard a train bound for Hong Kong on the Guangzhou-Shenzhen-Hong Kong Express Rail Link in late September, a vendor selling beverages and other items noted, "Not many passengers go to Hong Kong. Most passengers get off at the Shenzhen North station."

In fact, only about 10% of the seats remained occupied after the train left that station for Hong Kong, the terminus.

The high-speed railway began service in September 2018. The Hong Kong government said the link would create a new living area whose residents would be able to move between Hong Kong and southern China in an hour. At first, the government estimated the daily number of passengers at 80,100. 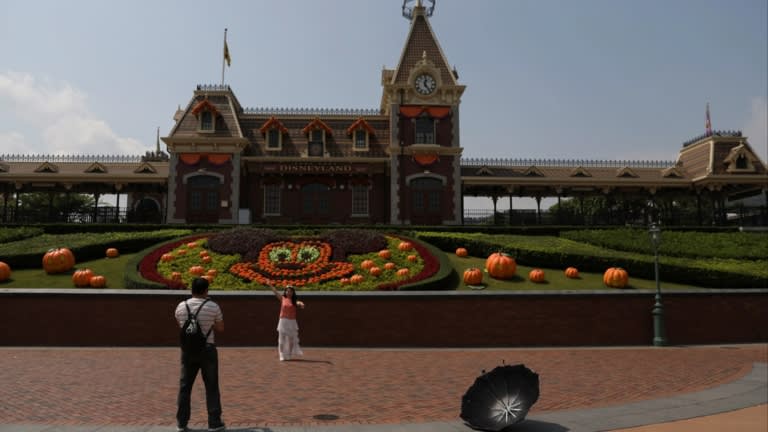 The four-month long protest in Hong Kong has plunged the former British colony into its worst political crisis in decades, hitting its important tourism and retail sectors.   © Reuters

Another transportation conduit, the Hong Kong-Zhuhai-Macao Bridge, which links Hong Kong to the mainland and opened last October, also fell to record-low traffic levels in August.

That month, 2.78 million mainland Chinese visited Hong Kong. The number represents a 42% fall from the year-earlier total and the largest decrease since the 2003 outbreak of severe acute respiratory syndrome, according to Hong Kong media.

China had a seven-day string of National Day holidays that began Oct. 1, but few mainlanders took advantage of the vacation period to go to Hong Kong.

The protests, which began in opposition to a proposed extradition bill that would put Hong Kongers at risk of being rendered to China, are in their fifth month. As demonstrators vandalize subway stations and other businesses perceived to be in league with communist authorities, the anger is discouraging mainland Chinese from visiting the territory.

In addition, it has been rumored that Hong Kongers regard speakers of Putonghua -- standard spoken Chinese based on a Beijing dialect -- as being pro-China. As a result, mainlanders now consider whether they really want to travel someplace where they will be thought of as the enemy. Cantonese is the most commonly spoken dialect in Hong Kong. A police officer fires a tear gas canister toward anti-government protesters during a demonstration on Oct 7.   © Reuters

The Chinese government had pushed forward its ambitious Greater Bay Area project, with the aim of nurturing Hong Kong, Macao and nine cities in Guangdong Province into an international bay area comparable to Tokyo or San Francisco.

The plan was to promote exchanges of people within the region by building a high-speed railway, a sea bridge and other infrastructure. The government and media have been trying hard to build momentum toward this goal, organizing events and spreading reports about the project.

But they have been unable to dispel a growing number of uncertainties, and the Hong Kong protests show no sign of abating.