Nearby Shenzhen is beneficiary as travelers look to sidestep chaos 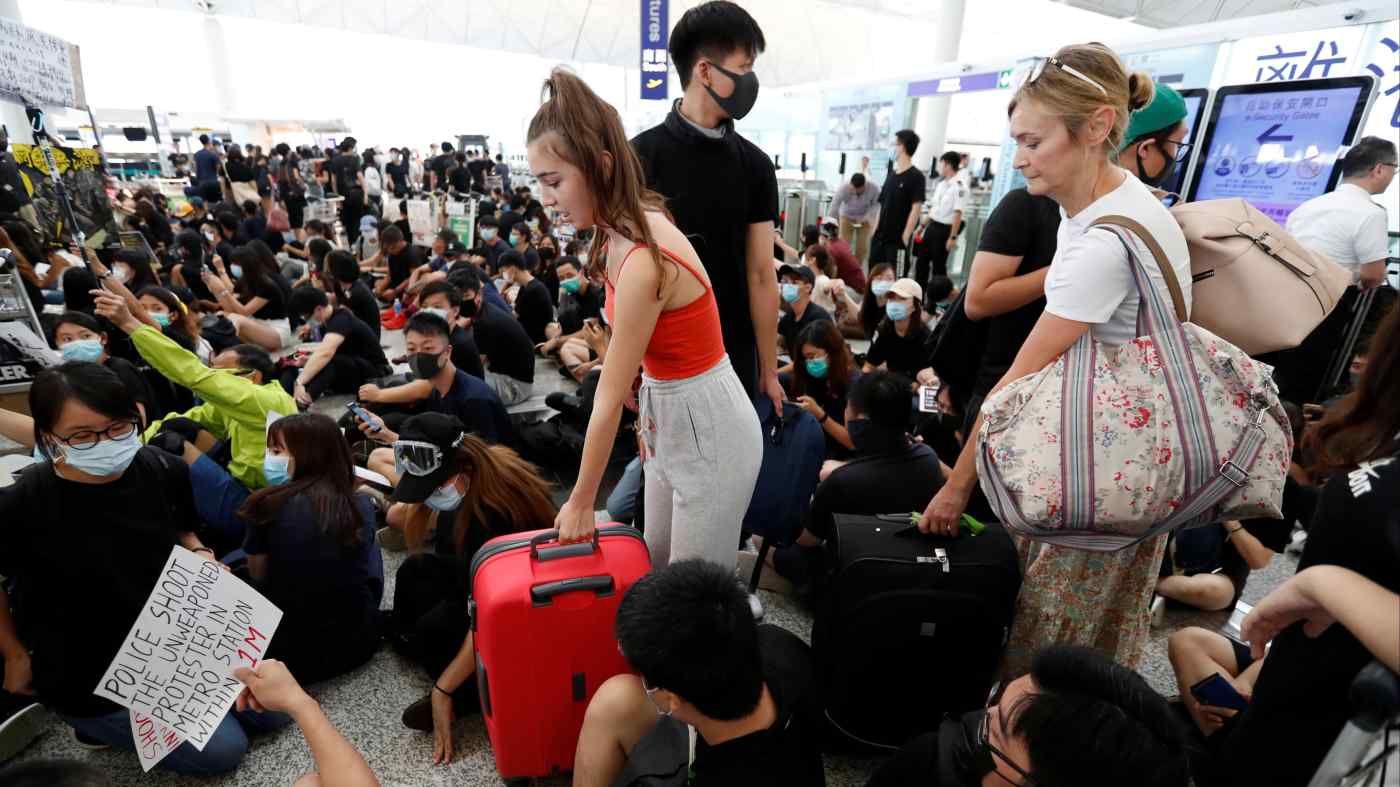 GUANGZHOU -- The protests in Hong Kong that virtually shut down the local airport risk causing lasting damage to the city's status as one of Asia's major transportation hubs.