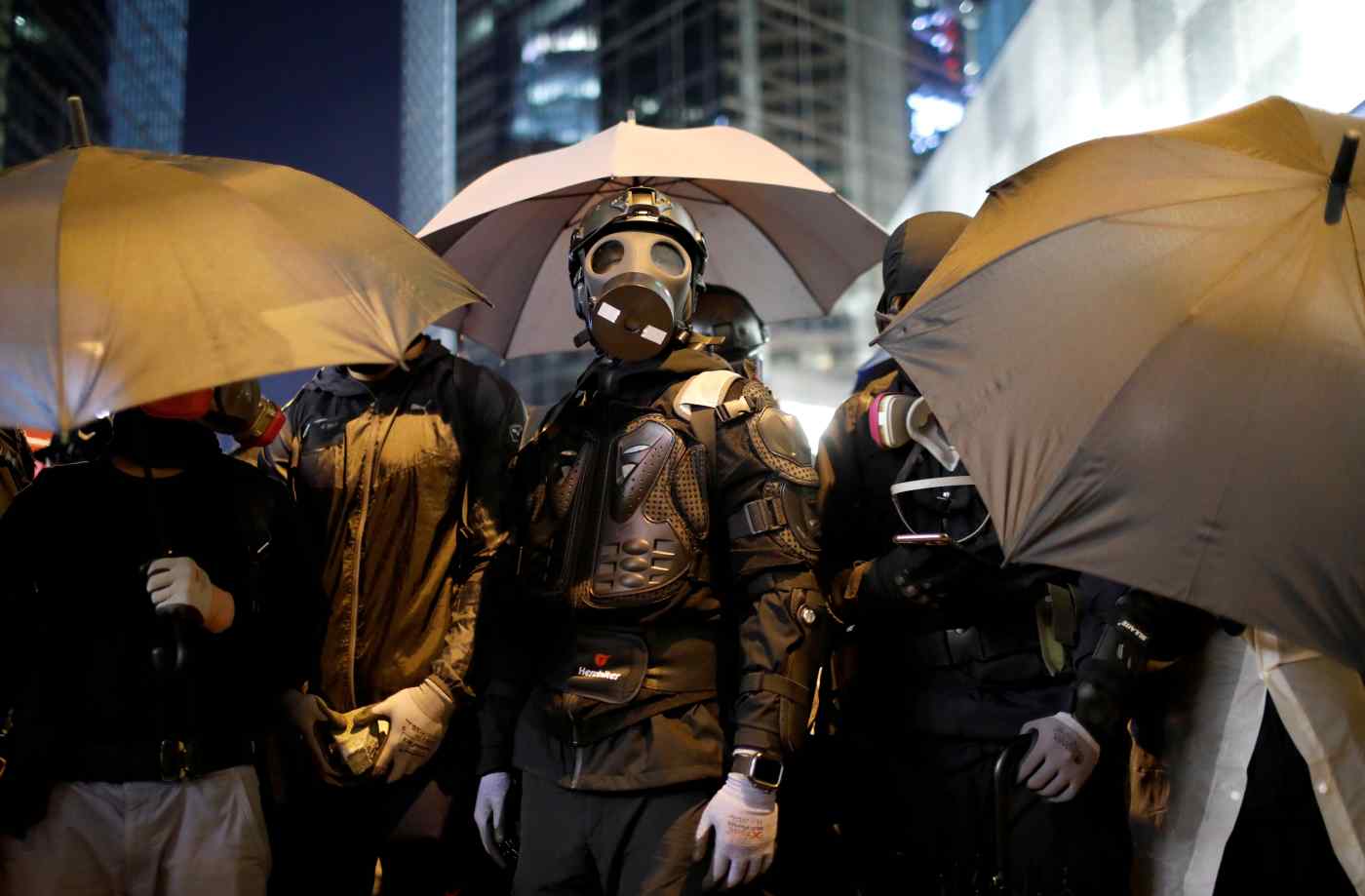 HONG KONG -- The massive street protests that have shaken Hong Kong over the past seven months are also straining family ties. Those taking to the streets see themselves as guardians of the territory's freedoms, while opponents are convinced that support from mainland China is vital to its economic well-being.

At the heart of the split are differences in perceptions of China. Many Hong Kong families find themselves at odds over the perceived tradeoff between freedom and economic development.

"Taking part in the protests to protect our freedom can only be done now," says Liu, an 18-year-old part-time worker who lives in the New Territories, north of Hong Kong island. He has taken part in protests since 2014, the heyday of the pro-democracy Umbrella Movement. He has also been involved in the latest round of demonstrations that began in June over a legal change that would have allowed Hong Kongers accused of crimes in China to be sent to the mainland. He did not tell his parents about his activism because he did not want to worry them.

In October he was on the front line of a chaotic street march in the New Territories. "Police have just launched tear gas," someone shouted. "Protect yourself." Soon surrounded by about five police officers, he got into a scuffle. He was beaten and eventually taken to a police station.

Liu's 72-year-old father heard about his son's arrest from a relative. His father's reaction was one of cold anger, telling the relative, "I have no son and I know no such person."

Liu was released after 32 hours in detention but felt he could not go home. He stayed at friends' houses for about a month. Deeply shocked by her son's arrest, Liu's mother, a woman in her 50s, suffered a mental breakdown. He had no choice but to return home after that, but his parents still are not speaking to him.

Liu's father was born in the neighboring province of Guangdong, on the mainland. He moved to Hong Kong in the 1960s, in part to escape political instability there. He worked at construction sites for a number of years. Liu's father is impressed by China's remarkable economic development in the decades since, and sees close cooperation with mainland China as key to Hong Kong's future development. He puts earning a proper livlihood above abstractions like democracy.

The ruthlessness of the Chinese government, seen in the Cultural Revolution and the Tiananmen Square crackdown, weighs heavily on the mind of Liu's father. "Protesting against a powerful China is like an egg challenging a rock," he mutters. "There is no chance of winning. And if that is the case, it's better to accept it."

But whatever the odds, Liu says he has no intention to quit protesting. He was a good student and graduated from high school in June. But he passed up a full-time job opportunity, working part time at places like McDonald's instead to leave time for his street activism. "Some things are more important than money," Liu says. "That is freedom, and I can't sit by idly and watch the Hong Kong I love change rapidly."

One of the things Liu holds dear is the breadth of ideas available in Hong Kong. Unlike mainland China, where many overseas websites such Google and YouTube are blocked, people in Hong Kong can access them freely. "We can learn many things on the internet, such as [what happened during] the Tiananmen Square protests, but it is difficult to do the same in mainland China," he says. "A world without information is a very scary place."

Asked about the use of force by the police, 87% of people aged 18 to 29 agreed with the statement: "It has gone too far." But the older the respondent, the less that opinion held. Among those aged 65 and older, only 34% said the police had used excessive force.

Most of the middle-aged and elderly among Hong Kong's 7.4 million residents immigrated from mainland China when Hong Kong was still a British colony. Most of its younger people were born in the territory and tend to be more critical of China.

But not all of those who take a dim view of the protests are old. Lim, a 33-year-old salesperson who lives in the New Territories, is frustrated by the downturn in business caused by the unrest.

Lim works at a shop that sells pricey souvenirs. It used to be crowded with mainland tourists but they are staying away in droves now because of the demonstrations. "People from mainland China were valuable customers," she says. Lim works on commission and her monthly pay in September and October is down by a quarter from where it was. That makes paying the mortgage and caring for her family harder.

She and her husband are especially resentful toward the protesters because Lim's husband is a police officer. The frequent demonstrations make for longer hours.

Over a July dinner with her family, the frustrations bubbled up. "The protesters are not contributing to society at all, and all they do is stir things up," said Lim's father, a man in his 60s who runs a trading company. "They are good for nothing." Her father, who comes from Guangdong Province, is proud of China's economic growth. Lim agrees with him about the protesters, saying, "I can't approve of the demonstrations, either."

Not so Lim's older sister, a teacher with many students who are taking part in the protests. "Freedom of speech is extremely important," she snapped. "If China gains more power over us we may be thrown into jail if we say something negative about China, and you don't care even if Hong Kong turns into such a place?"

Lim and her father hit back, saying that they are ordinary citizens and the idea that they would be thrown in jail is absurd. Their views are so irreconcilable that things have been tense in the family ever since.

Hong Kong Chief Executive Carrie Lam is likely to continue refusing to meet protesters' demands for free elections, while pro-democracy councilors will probably maintain their implacable opposition to her policies. With the two sides refusing to give an inch, dinner table discussions may be uncomfortable for some time to come.