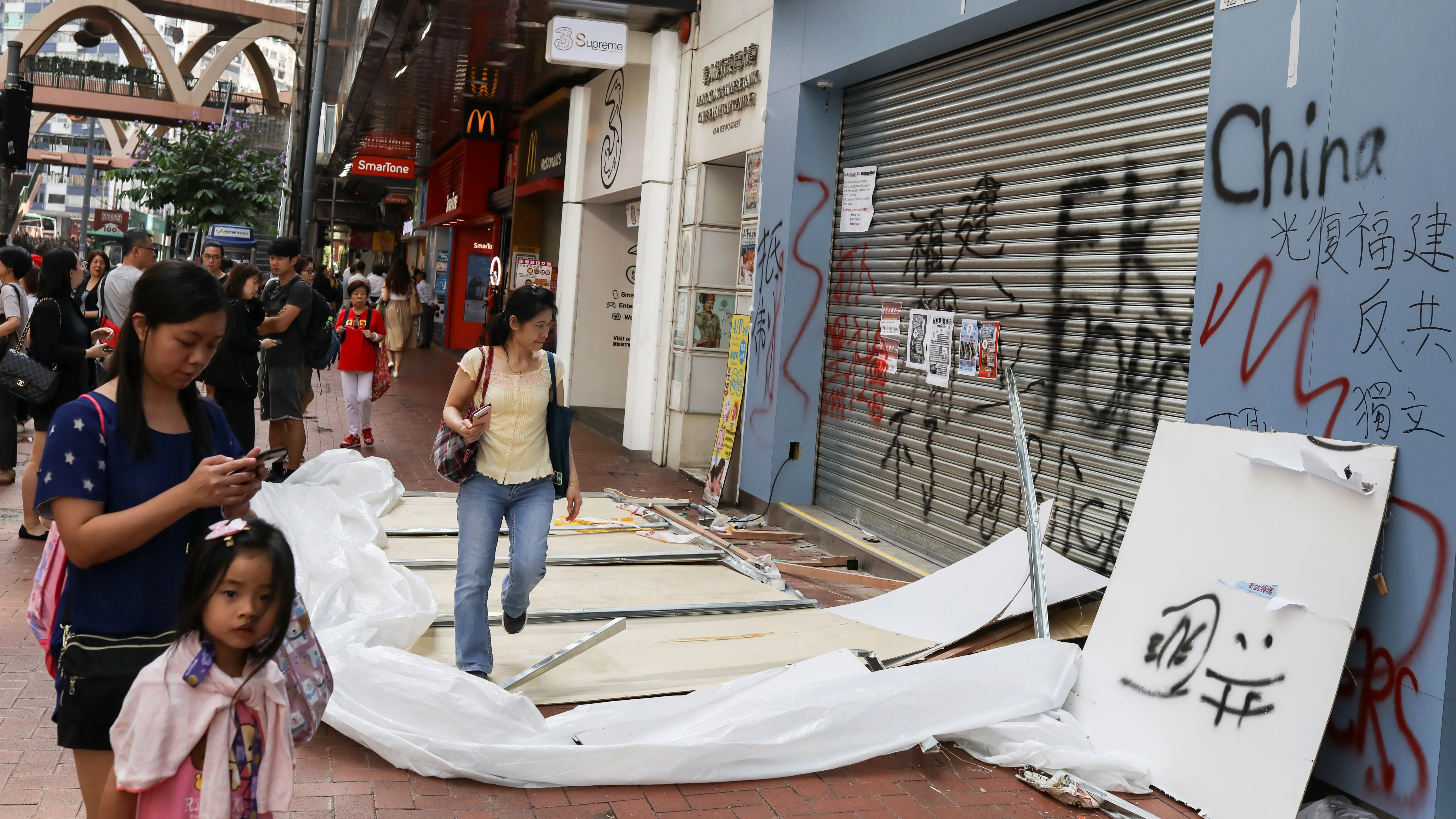 HONG KONG -- Almost 40% of Japanese companies that do business in Hong Kong blame the ongoing pro-democracy protests here for weaker earnings, a September poll found, while the trade war and China's economic slowdown add to the city's woes.

Of the 163 companies that responded, 52.8% said their local unit's performance worsened in the January-August period, with 8.6% reporting a major decline, according to a survey by the Japan External Trade Organization

In response, 41.1% said they now discourage business travel out of Hong Kong, and 15.3% do the same for trips into the city.

Fewer than 5% of the companies have sent employees back to Japan or cut local staff. But some are reevaluating their presence in Hong Kong, with 1.2% considering exiting the city altogether.

Some expressed concern that talented staff could move elsewhere, or that the city would lose its edge as a business hub in the future.

The U.S.-China trade war and a slowing Chinese economy were named as a negative factor by even more respondents, at nearly 60% each. Many Japanese companies operating in Hong Kong also do business on the Chinese mainland, and the trade war has affected logistics providers, trading houses and electronics makers.

About 1,400 Japanese companies have a presence in Hong Kong, according to the city's government, a number that ranks second only to mainland China. JETRO will present its findings to the Hong Kong government.

The poll was conducted in cooperation with the Japanese Consulate in Hong Kong and the Hong Kong Japanese Chamber of Commerce & Industry.