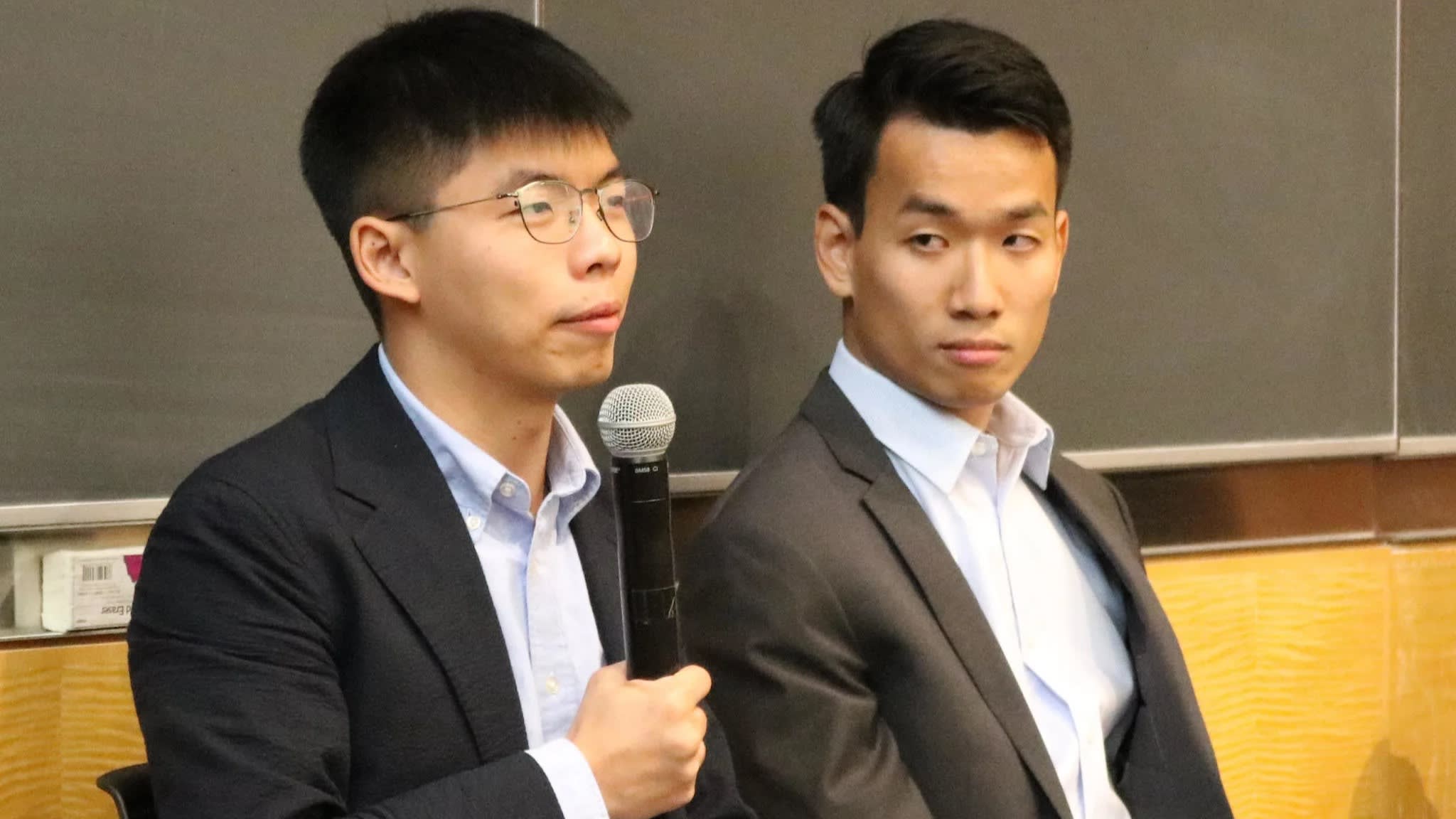 Wong told an audience at Columbia University here that he came to the U.S. to ensure the "voice of Hong Kong people could be heard, not only in Hong Kong, but also in the international community."

The demonstrators' demands include the right for Hong Kong's people to choose their own leaders. Free elections are the ultimate goal of the current protests, Wong said.

He will head next to the U.S. capital with fellow activist and University of Washington graduate student Kai Ping "Brian" Leung.

In Washington, they will meet with members of Congress to discuss the protests in the Chinese territory.

The 22-year-old, who came to prominence during the city's 2014 Occupy Central protests, also known as the Umbrella Movement, arrived in New York on Thursday following a visit to Germany. He went to Taiwan before that.

Hong Kong has been rocked in recent months by massive anti-government protests, which were ignited by a bill that would allow Beijing to extradite the city's residents to the mainland.

While Hong Kong Chief Executive Carrie Lam has said the extradition bill will be fully withdrawn, protesters have broadened their demands to include wider democratic reforms.

Wong was arrested along with fellow activist Agnes Chow on Aug. 30 -- another face of the democracy movement -- in connection with protests at police headquarters. They were later released on bail.

Hong Kong operates under a "one country, two systems" framework that allows the territory to enjoy rights that are not guaranteed on the mainland, such as freedom of expression and an independent judiciary.