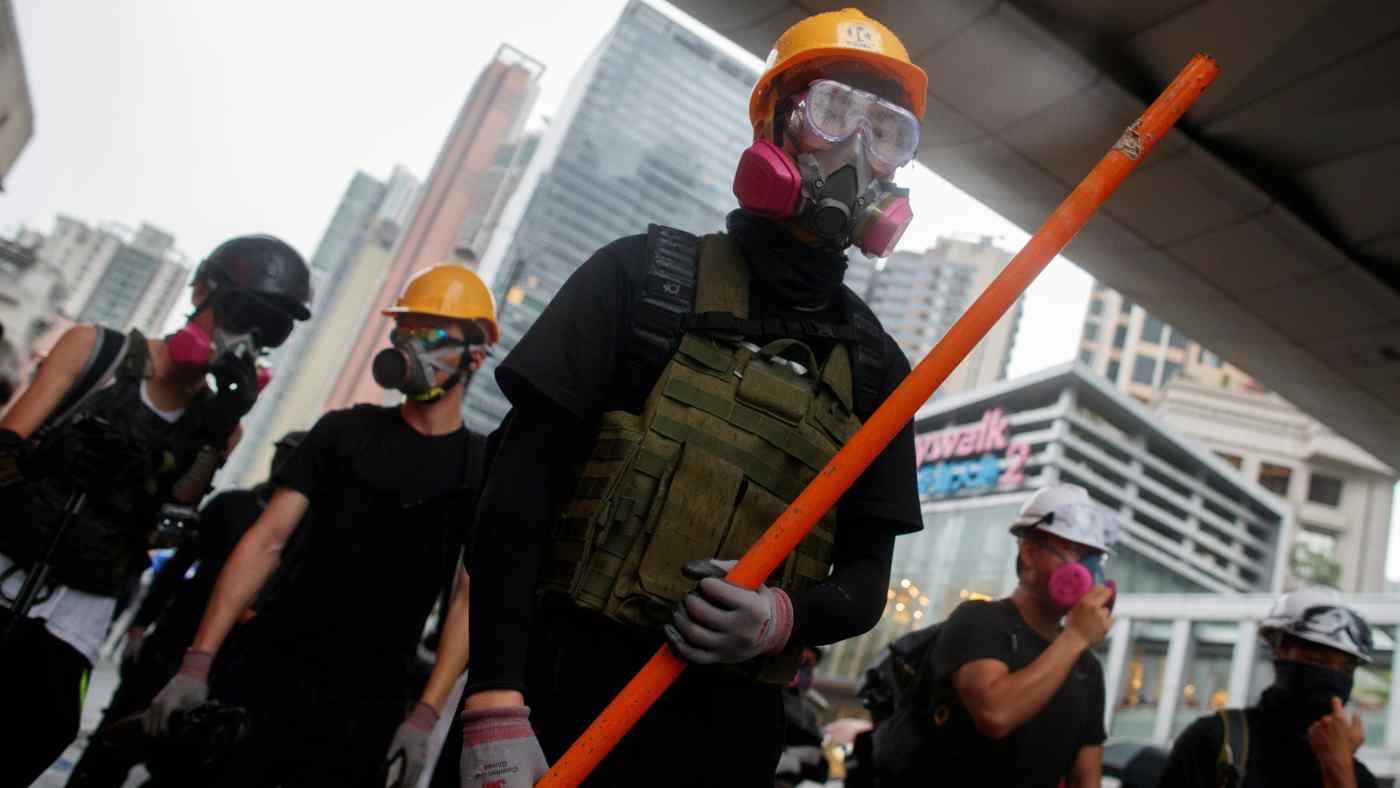 HONG KONG -- A violent turn in anti-government protests in Hong Kong is testing the Chinese government's patience as Beijing steps up its propaganda campaign against protesters in the territory.

On the twelfth straight weekend of protests, police on Sunday for the first time deployed water cannons to disperse crowds, and an officer fired a warning shot into the sky while being chased by club-wielding protesters.