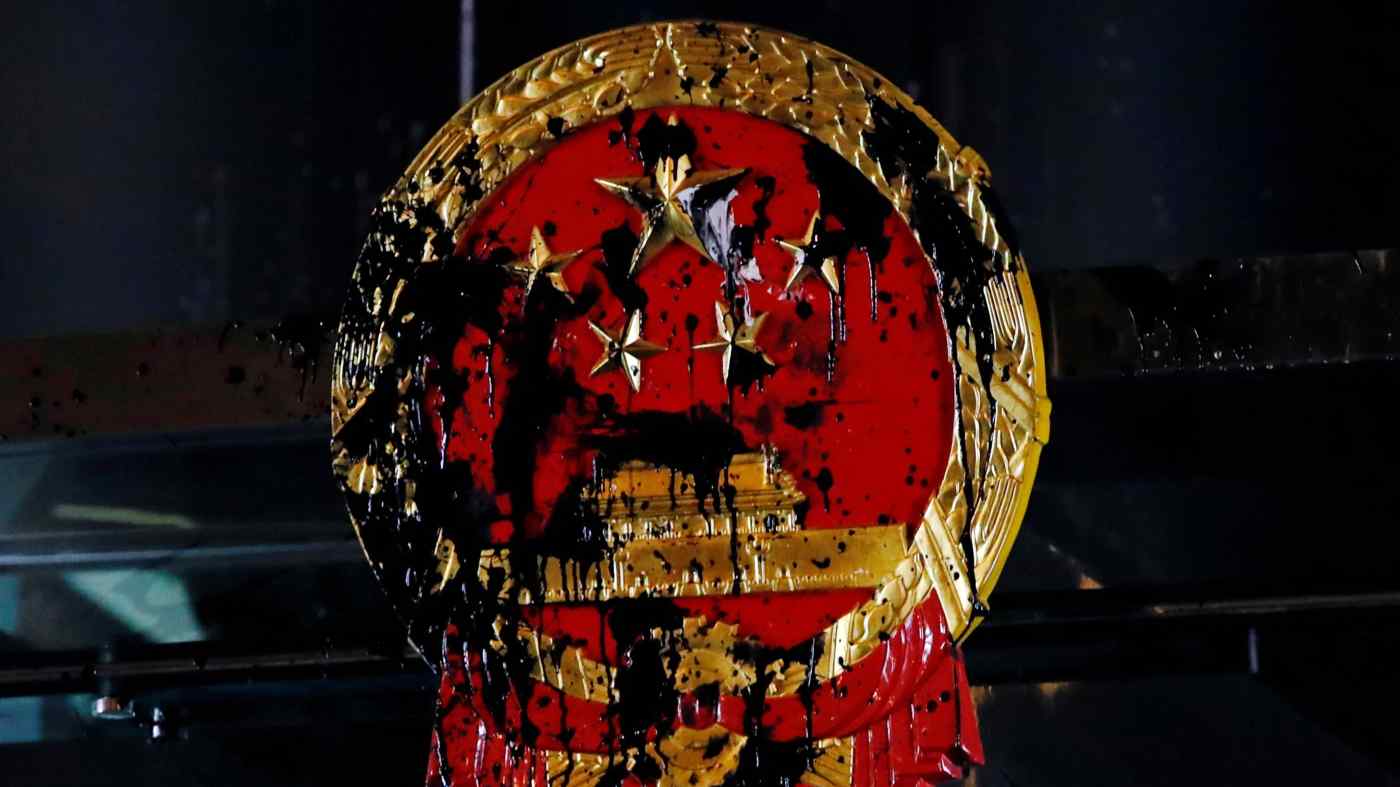 The march on Sunday was largely peaceful until a group of black-clad activists charged beyond the finish point and attacked Beijing's Liaison Office for the first time since the protests began over a month ago. They splashed black paint on the national emblem outside the building and sprayed graffiti on the exterior walls.