International criticism mounts after protester is shot in Hong Kong 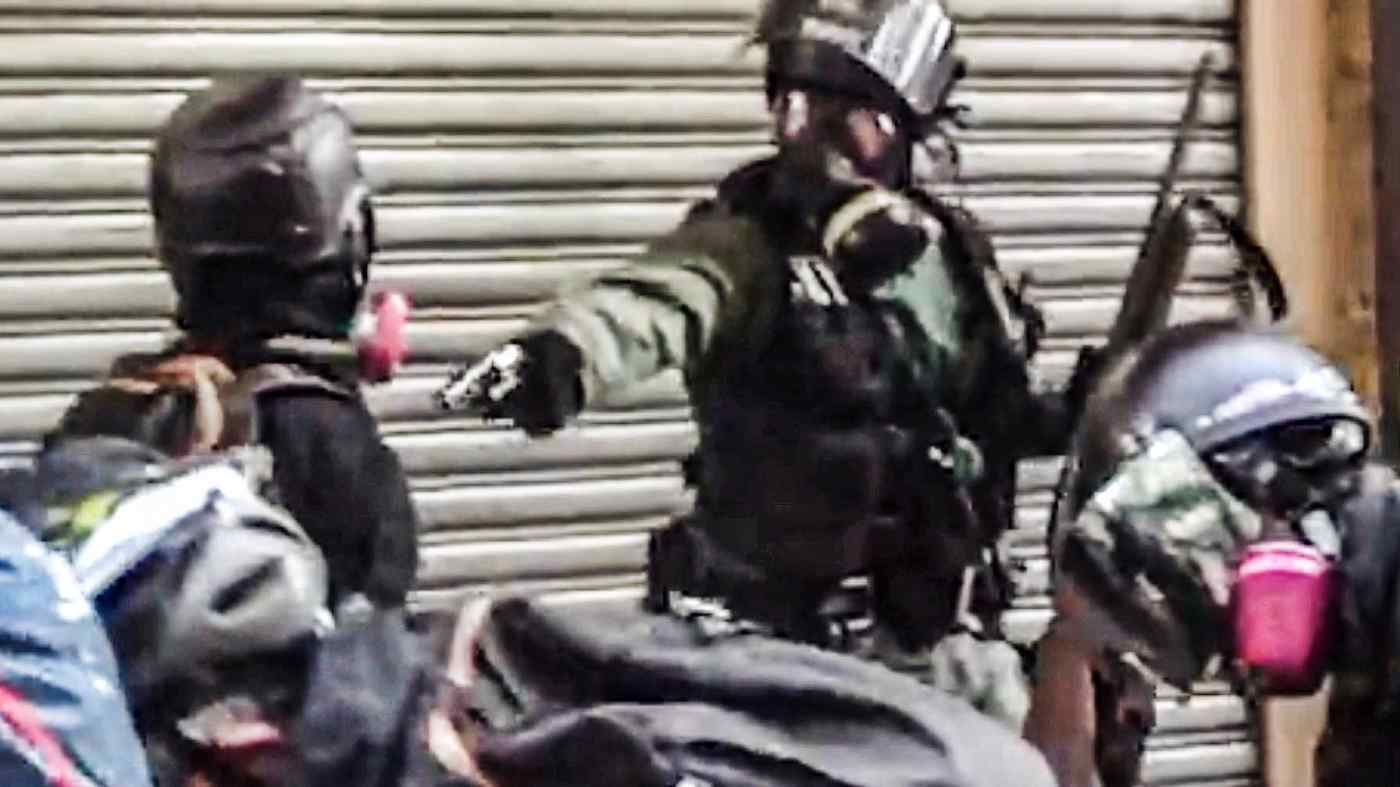 A Hong Kong protester appears to be shot in the chest by a police officer in this frame from a video on the Facebook page of HKUSU Campus TV, which said it was from the scene of a violent protest on Oct. 1. The Nikkei Asian Review was unable to confirm the veracity of the video. (Photo from HKUSU Campus TV/Kyodo)
NIKKI SUN, Nikkei staff writer, and DEAN NAPOLITANO, Nikkei Asian Review deputy editorOctober 1, 2019 22:03 JSTUpdated on October 2, 2019 07:32 JST | Hong Kong, Macao
CopyCopied

HONG KONG -- Violence in Hong Kong escalated dramatically on Tuesday as a demonstrator was shot by police with a live round, marring Beijing's ceremony commemorating the 70th anniversary of the founding of the People's Republic of China.

Police confirmed that an 18-year-old man was shot while he was attacking officers. Local media reported that the man was a secondary school student who was sent to a hospital and was in critical condition. A video of the incident, filmed by the City University Student Union and shared on social media, shows an officer drawing a revolver and firing at the protester, who collapsed on the street with his chest bleeding.