Increase in candidates and voters puts pressure on pro-Beijing lawmakers 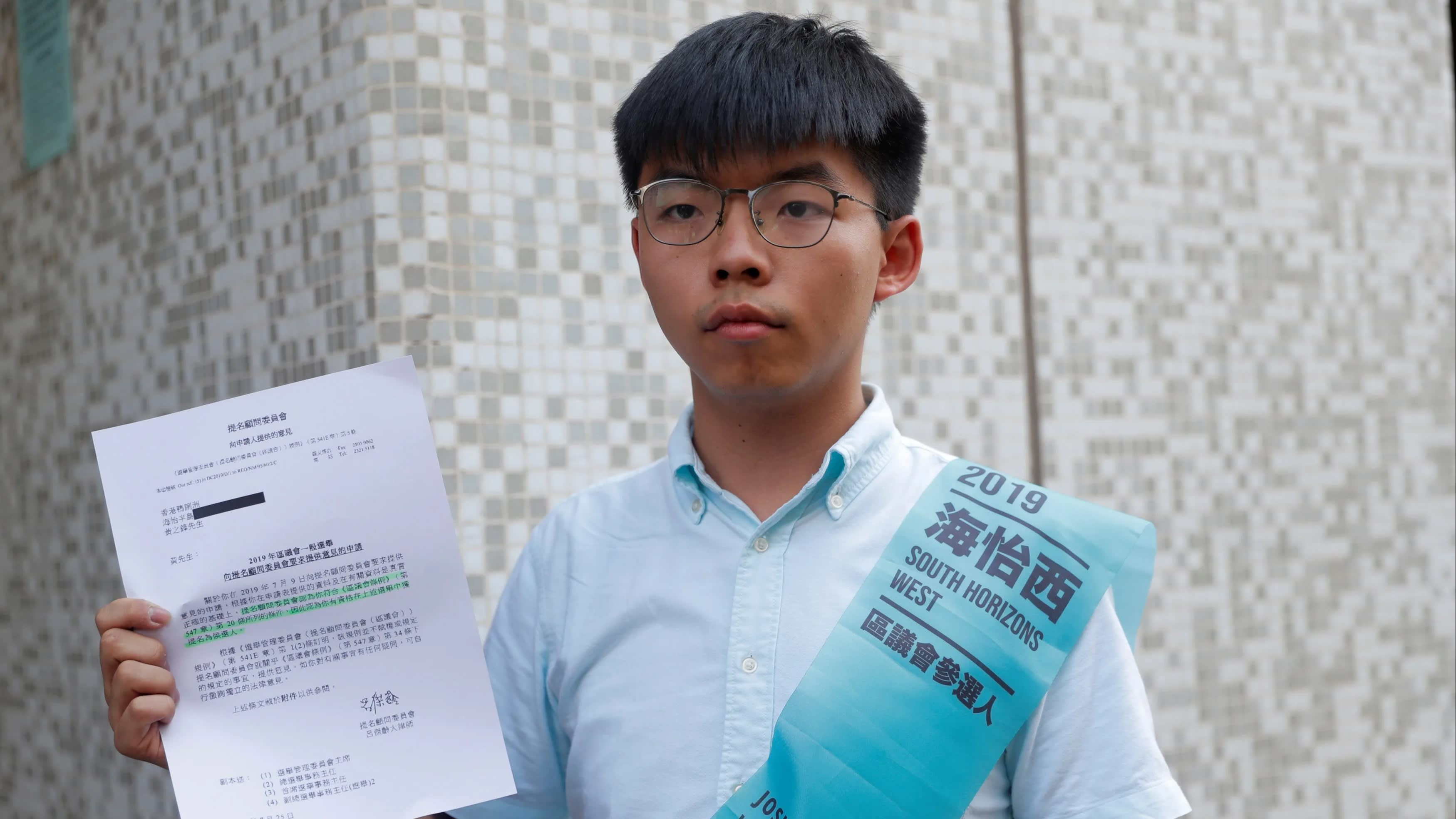 HONG KONG -- More than 1,000 people are running in District Council elections here Nov. 24, with many hoping to take the fight for democracy from the streets to the halls of government.

"Good morning -- thank you for your support!" candidate Alice Wei Siu-lik called out while handing flyers to commuters on Hong Kong Island one morning this week. Wei decided to run after working in the pro-democracy movement.

Such well-known activists as Joshua Wong and Tommy Cheung, who played a key role in the Umbrella Movement of 2014, are also running for seats.

In the last elections nearly four years ago, 16% of the 431 districts had just one candidate and did not hold an actual vote. But now virtually every district will have pro-Beijing and pro-democracy candidates facing off.

The public is also more interested this time. Roughly 4.13 million permanent residents aged 18 and older are registered to vote, up 12% from 2015.

Hong Kong's top political post of chief executive is chosen via an indirect process that virtually shuts out pro-democracy candidates. Protesters want to directly elect a chief executive under the principle of one person, one vote, but this is unlikely to happen soon. In the meantime, they hope to manifest the will of the people through the more democratic local elections.

Whether democrats will even be allowed to run remains up in the air. Political questionnaires have been sent to activist candidates, including Wong. Should they be barred, or the elections delayed, some protesters could destroy election-related facilities or take other violent actions to vent their anger.