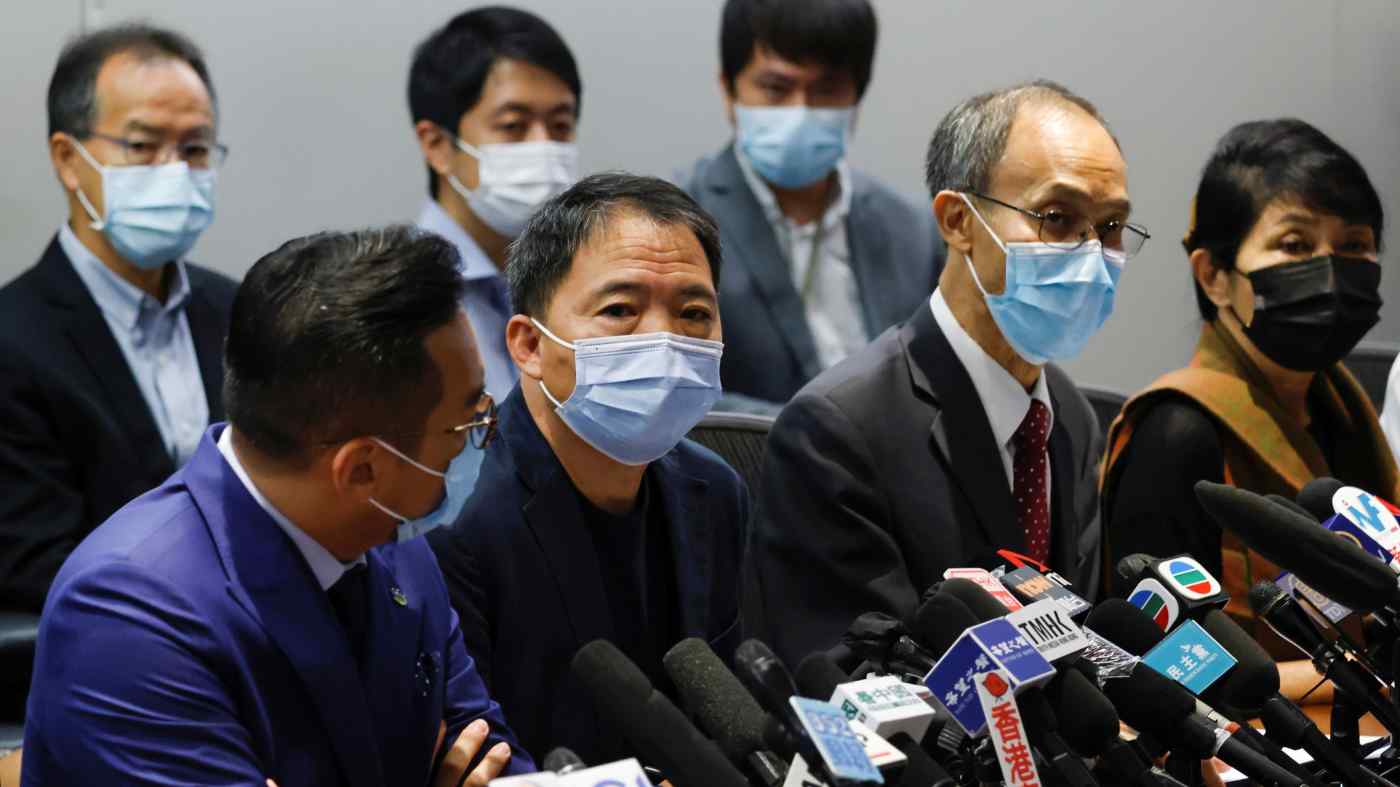 Wu Chi Wai, center, who on Thursday attended a news conference over an opinion poll, and six other lawmakers announce their arrests on their individual Facebook pages.   © Reuters
November 1, 2020 11:33 JSTUpdated on November 1, 2020 20:51 JST | Hong Kong
CopyCopied

HONG KONG (Reuters) -- Seven prominent Hong Kong opposition activists were arrested on Sunday on charges related to obstructing a legislative council meeting in May, the latest move by authorities amid a broader crackdown on anti-government forces.

The arrests come just four months after Beijing imposed a contentious national security law on the city that has seen some activists flee for safe havens overseas out of fear they could be targeted and face lengthy jail sentences.

The arrests, which took place early in the morning, did not appear to be linked to the security law, which punishes what Beijing broadly defines as secession, sedition, terrorism and collusion with foreign forces with up to life in jail.

Police confirmed the arrests at a press briefing and said those arrested were serving and former lawmakers as well as a legislator assistant.

The seven were later released on bail and several of them appeared at a media briefing in the evening.

Lawmaker Wu Chi Wai, who is chairman of the Democratic Party, said the charges were "absurd" and were intended to send a "chilling effect to make people more cautious with their words and actions."

The national security law has been widely condemned by Western governments and human rights groups.

Around 30 people have been charged under the legislation since it was imposed on June 30, according to police records.

Critics of the legislation say it represents the latest move by Beijing to tighten its grip over the former British colony and erode its judicial independence.