US president leaves implementation of human rights law at his discretion 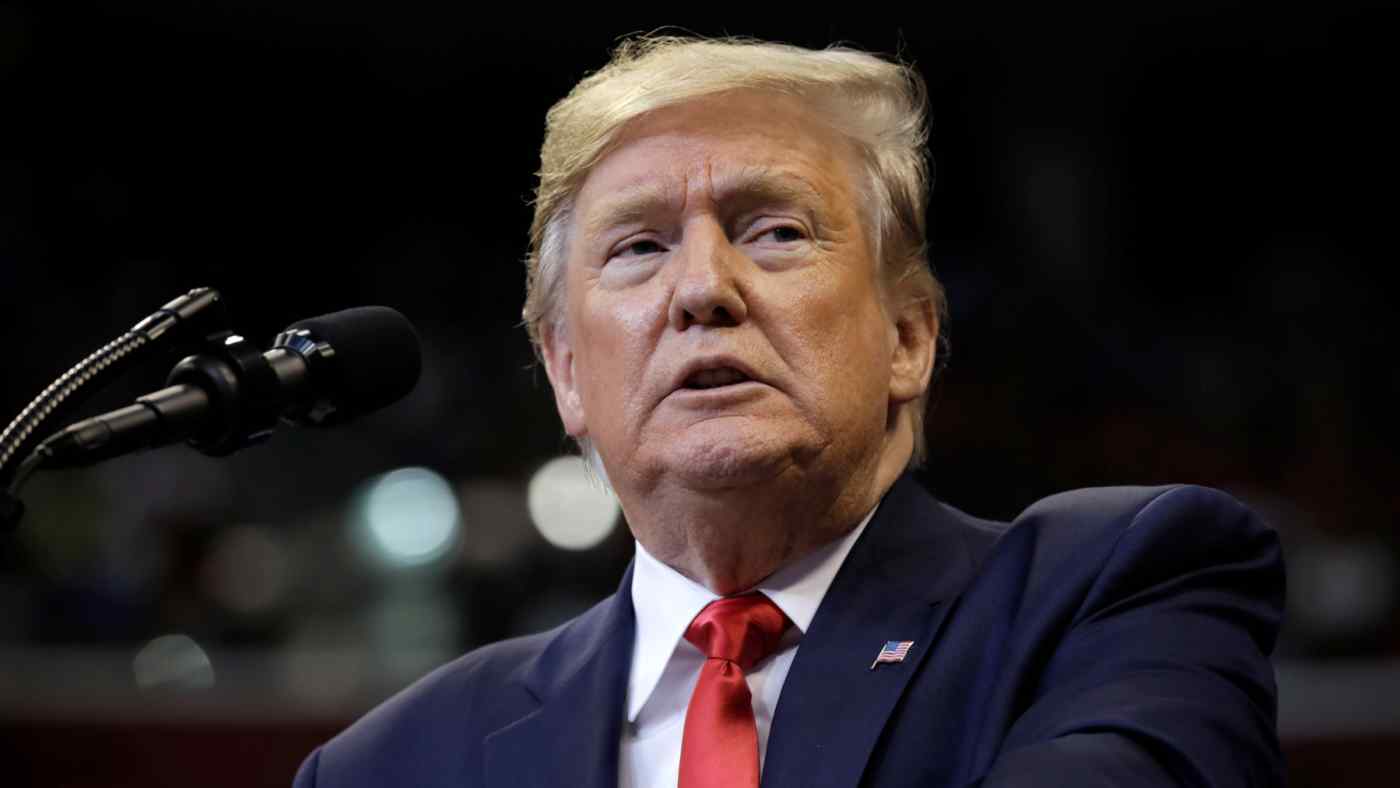 NEW YORK -- As the U.S. celebrated Thanksgiving, Hong Kong honored the holiday in its own way.

Thousands of pro-democracy demonstrators on Thursday lit up the streets of Hong Kong with smartphone flashlights, marching with American flags as a thank you to Washington's enactment of the Hong Kong Human Rights and Democracy Act on Wednesday, which was hailed as a "Thanksgiving present" for the city.

But such an outpouring of gratitude to the U.S. president may be short lived as the carefully worded language Trump used when signing the bill left plenty of wiggle room for the actual implementation of the law. This could come into play when the two countries move closer toward reaching the so-called phase one part of a trade deal.

After signing the bill on Wednesday, Trump said he did so "out of respect for" Xi, China and the people of Hong Kong. But he also maintained his final authority on how to implement the law.

"Certain provisions of the act would interfere with the exercise of the president’s constitutional authority to state the foreign policy of the United States," Trump said. "My administration will treat each of the provisions of the act consistently with the president’s constitutional authorities with respect to foreign relations."

Bonnie Glaser, director of the China Power Project at Center for Strategic and International Studies, said Trump's handling of the Hong Kong bill was "calculated."

"By signing the legislation, he signaled support for the protesters and the preservation of Hong Kong's autonomy, while putting Beijing on notice that the U.S. would be closely watching developments in Hong Kong going forward," Glaser told the Nikkei Asian Review. "At the same time, the signing statement was a message to [Chinese President] Xi Jinping that Trump would be careful in implementing the new law, and would do so in a way that would not harm his friendship with Xi."

So far, Trump has largely avoided directly criticizing how China has handled the situation in Hong Kong, in contrast to his often harsh rhetoric against Beijing's trade practices. The president is also not as outspoken on Hong Kong as U.S. lawmakers, many of whom have praised Hong Kong protesters while condemning Beijing's suppression of basic freedoms in the city.

Last week, after Congress passed the Hong Kong bill almost unanimously, Trump spoke of his dilemma of having to stand up for American values but also to move trade talks with China forward.

"We have to stand with Hong Kong, but I'm also standing with President Xi," Trump said in a phone interview with Fox News, referring to the Chinese leader as a friend of his.

"I stand with Hong Kong, and I stand with freedom. I stand with all of the things we want to do, but we're also in the process of making the largest trade deal in history," he added.

Despite Trump's careful qualification of his signing, the bill's enactment drew immediate rebuke from the Chinese Ministry of Foreign Affairs, which accused the U.S. of interfering with China's internal affairs.

Hu Xijin, editor-in-chief of Global Times, a Chinese Communist Party newspaper, suggested in a Friday tweet that China is considering putting those who drafted the Hong Kong bill onto a no-entry list, barring them from entering mainland China, Hong Kong and Macao.

But it is unclear whether Beijing will actually move forward with substantive retaliation. This June, China announced its own "unreliable entities" list, a countermeasure to the U.S. Commerce Department's blacklisting of Huawei Technologies. Beijing has yet to make concrete moves regarding this list.

Beijing's response to the enactment of the Hong Kong bill is "so far is rhetorical," Glaser said. "The Chinese are likely to wait and see how the law is implemented before taking any concrete actions. It appears that the trade deal is still moving forward."