US lawmakers voice bipartisan support for demonstrators and criticism toward Beijing 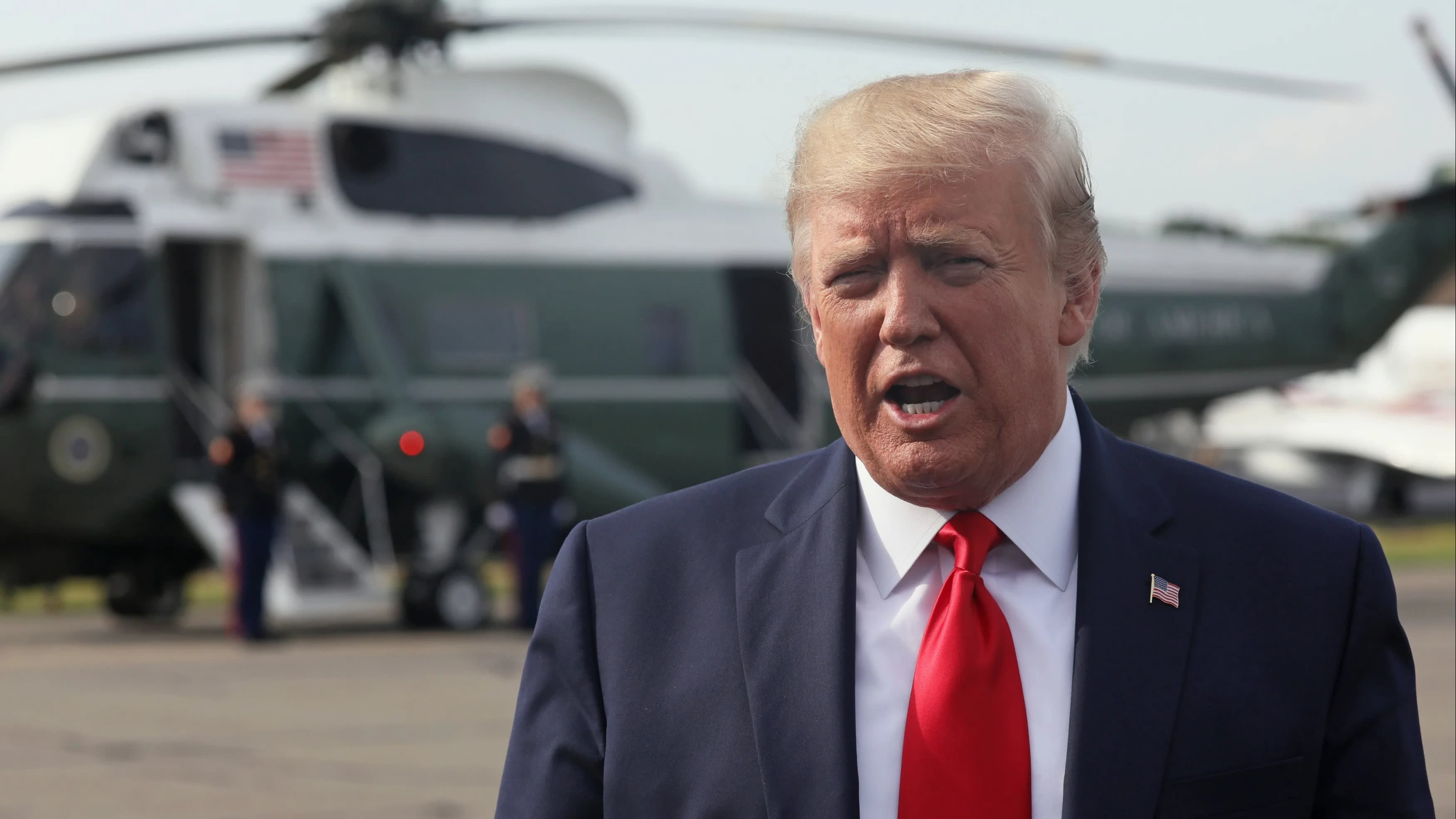 "If President Xi would meet directly and personally with the protesters, there would be a happy and enlightened ending to the Hong Kong problem," Trump tweeted Thursday morning. "I have no doubt!"

Later in Morristown, New Jersey, Trump told reporters that he was concerned about the situation and that he did not want to see a violent crackdown, but reiterated his suggestion for Xi to meet the protesters.

"If he [Xi] sat down with the protesters -- a group of representative protesters -- I'll bet he'd work it out in 15 minutes. ... I know it's not the kind of thing he does, but I think it wouldn't be a bad idea," he said.

Trump said he had a phone call with Xi scheduled "soon."

Trump has maintained a somewhat nuanced stance toward the Hong Kong protests, careful not to directly criticize Xi's handling of them, as the U.S. leader tries to negotiate a favorable trade deal with China ahead of his 2020 reelection campaign and while American farmers suffer financially from the trade war.

U.S. lawmakers, meanwhile, have taken a harsher stance toward Beijing and criticized Trump for not doing so.

"Trump does not respect America's role as a bulwark against forces seeking to undermine stability and liberty," said Sen. Bob Menendez, the highest-ranking Democrat on the Senate Foreign Relations Committee, in a tweet Wednesday.

Menendez urged solidarity with Hong Kongers "as Beijing tries to infringe upon their basic rights & freedoms."

His words followed those of other top Democrats. House Speaker Nancy Pelosi on Monday tweeted her alarm over Hong Kong police using more force against protesters with support from Beijing.

"The people of Hong Kong are trying to preserve the promise of One Country -- Two Systems," Pelosi wrote. "If we don't speak out for human rights in China because of commercial interests, we lose all moral authority to speak out elsewhere."

Senate Minority Leader Chuck Schumer on Thursday urged Trump to stand up to Beijing, tweeting that the Communist Party is trying "to lay the groundwork through propaganda" for a brutal, Tiananmen Square-style crackdown.

The concerns are bipartisan. The Republican Party's leading China hawk, Sen. Marco Rubio, on Wednesday warned not to trust China.

"Actions of the Chinese govt against #HongKong a cautionary lesson for anyone thinking about any deal with them," he wrote on Twitter. "They signed a treaty promising autonomy & democracy for Hong Kong. They will agree to anything to get a deal. But they have no intention of keeping those promises."

Jim Risch, the Republican chairman of the Senate Foreign Relations Committee, on Tuesday condemned the Hong Kong government for clashes with protesters.

"The people of Hong Kong have a right to the autonomy they were promised by the Chinese government years ago," Risch tweeted. "The Hong Kong government should engage with its people to prevent any further escalation. All acts of violent suppression are unacceptable."

U.S. Secretary of State Mike Pompeo met with China's top diplomat, Yang Jiechi, in New York that day. The State Department's readout said only that they "had an extended exchange of views on U.S.-China relations," without clarifying whether they had discussed Hong Kong. Yang is a member of the Politburo and director of the Office of the Foreign Affairs Commission of the Communist Party's Central Committee. 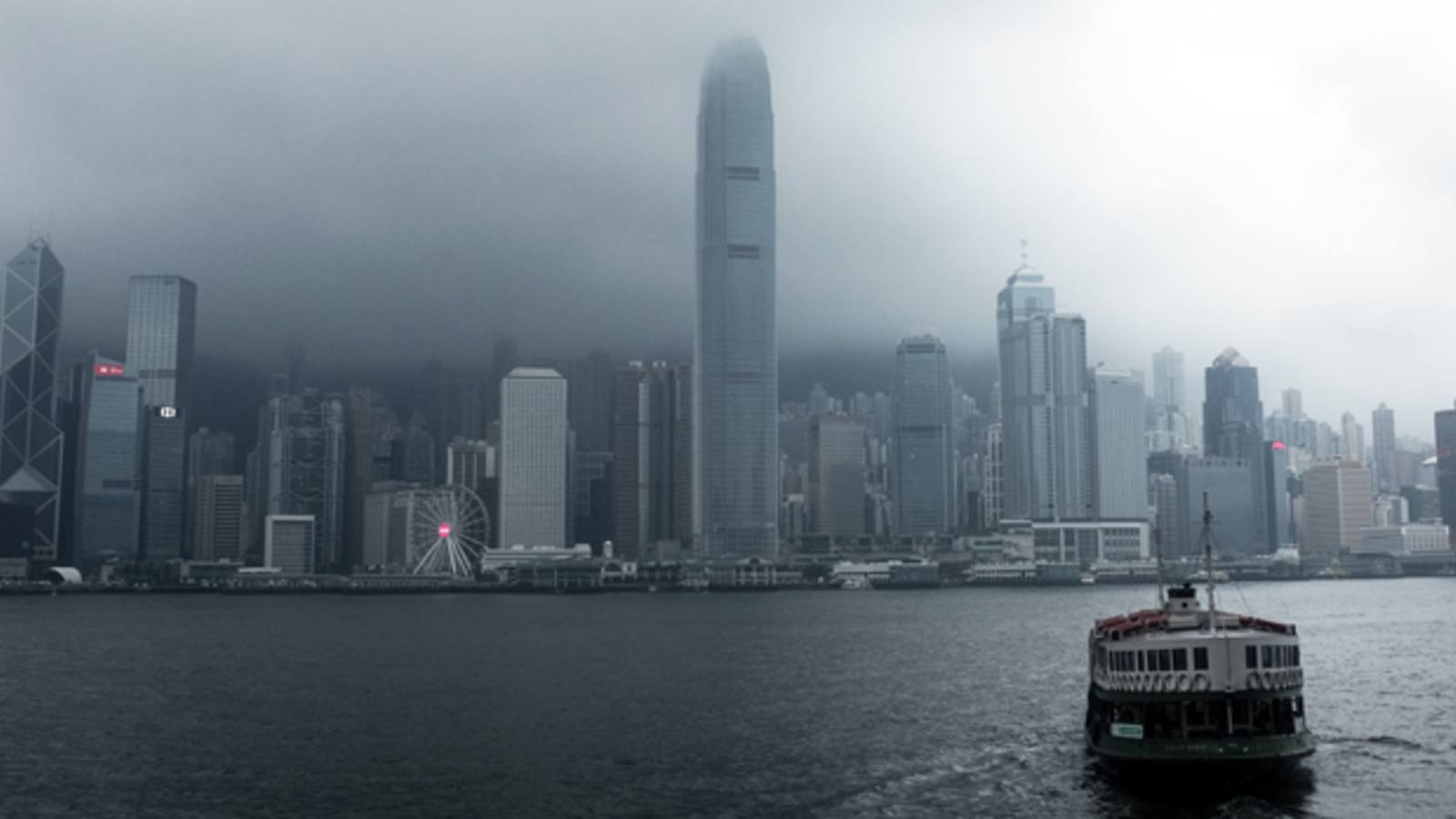 Chinese Foreign Ministry spokeswoman Hua Chunying, meanwhile, shot back this week at what one of her statements called "vile comments" on the Hong Kong situation by members of the U.S. Congress.

"By neglecting and distorting the truth, they whitewashed violent crimes as a struggle for human rights and freedom, and deliberately misinterpreted the work of Hong Kong police as violent repression when the police were only enforcing the law, fighting crimes and upholding social order," Hua said in a statement Tuesday.

"Hong Kong affairs are entirely China's internal affairs, and you are neither entitled nor qualified to wantonly comment on them," she said. "Mind your own business and stay out of Hong Kong affairs."

Sparked by legislation that would allow extraditions of Hong Kongers to mainland China, the massive protests in Hong Kong are now in their third month with almost daily demonstrations on the streets, at train stations and at the airport.

Beijing has shown decreasing patience with the demonstrations and likened them to terrorism.