Congress ups the pressure on China 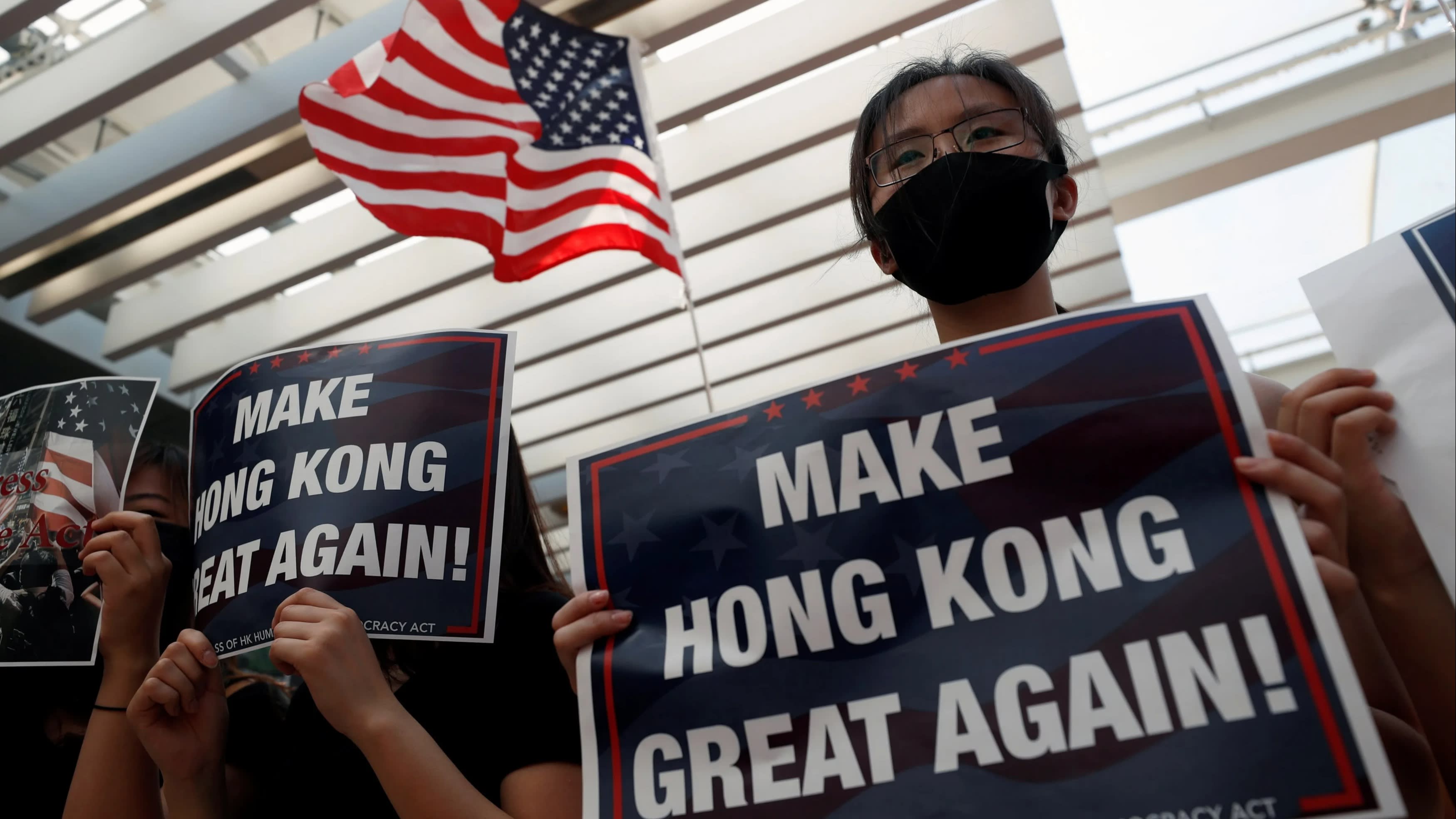 Anti-government protesters hold placards and a US flag during a rally at the University of Hong Kong.   © Reuters
October 16, 2019 08:44 JST | North America
CopyCopied

WASHINGTON (Reuters) -- The U.S. House of Representatives on Tuesday passed four pieces of legislation taking a hard line on China, three related to pro-democracy protests in Hong Kong and one commending Canada's government in a dispute over the extradition of an executive from Huawei Technologies.

All four measures passed by unanimous voice vote, as members of Congress -- Democrats and Republicans -- said they wanted to take an aggressive stance on China and show support for Hong Kong following four months of unrest in the city.

One of the measures, the Hong Kong Human Rights and Democracy Act, would require the U.S. Secretary of State to certify every year that Hong Kong was retaining its autonomy in order to keep receiving the special treatment that has allowed it to be a major financial center.

A second, the Protect Hong Kong Act, would bar commercial exports of military and crowd control items that Hong Kong policy could use against demonstrators.

The Senate has not yet scheduled votes on the legislation, which would send the measures to the White House for Trump to sign into law -- or veto. However, a Foreign Relations Committee aide said votes on Hong Kong-related measures were expected in the chamber in the coming weeks.

The third measure passed by the House is a nonbinding resolution recognizing Hong Kong's relationship to the United States, condemning Beijing's "interference" in its affairs, and supporting the right of the city's residents to protest.

The fourth was another nonbinding House resolution commending Canada for its actions related to a U.S. request to extradite Huawei's chief financial officer, Meng Wanzhou, who was arrested in Canada in December.

Meng is charged in the United States with bank fraud and is accused of misleading HSBC Holdings Plc about Huawei's business in Iran, which is under U.S. sanctions. Meng has said she is innocent and is fighting extradition.

The United States has accused Huawei of stealing American intellectual property and violating Iran sanctions. Many Republican and Democratic members of Congress say they view the company as a security threat.

Hong Kong has been rocked by massive marches and at times violent protests involving tear gas, petrol bombs and live rounds, over concerns Beijing is tightening its grip on the city and eroding democratic rights.

Beijing rejects the charge and accuses Western countries, like the United States and Britain, of stirring up trouble.

The unrest poses the biggest popular challenge to Chinese President Xi Jinping since he came to power in 2012. He has warned that any attempt to divide China would be crushed.