Trump says relationship with WHO will be terminated NEW YORK -- President Donald Trump said Friday that the U.S. will eliminate a "full range of agreements" it has with Hong Kong that grants special status, a day after China decided to impose control over the territory's security.

"This was a plain violation of Beijing's treaty obligations," the president said, adding that the "one country, two systems" arrangement for Hong Kong's autonomy that was promised to last for 50 years "has 27 years to go."

Therefore, he said, "I am directing my administration to begin the process of eliminating policy exemptions that give Hong Kong different and special treatment."

Trump also announced the U.S. will terminate its relationship with the World Health Organization for being under "total control" of China.

Despite the tough words, the Dow Jones Industrial Average immediately bounced back into the positive, suggesting investors were expecting harsher measures from Washington.

Notably, Trump did not mention the phase one trade deal signed by Washington and Beijing in January.

The feud over Hong Kong comes as the two heavyweights head into a dangerous escalation, both vying to gain an upper hand in what Chinese Foreign Minister Wang Yi called the start of a new Cold War. 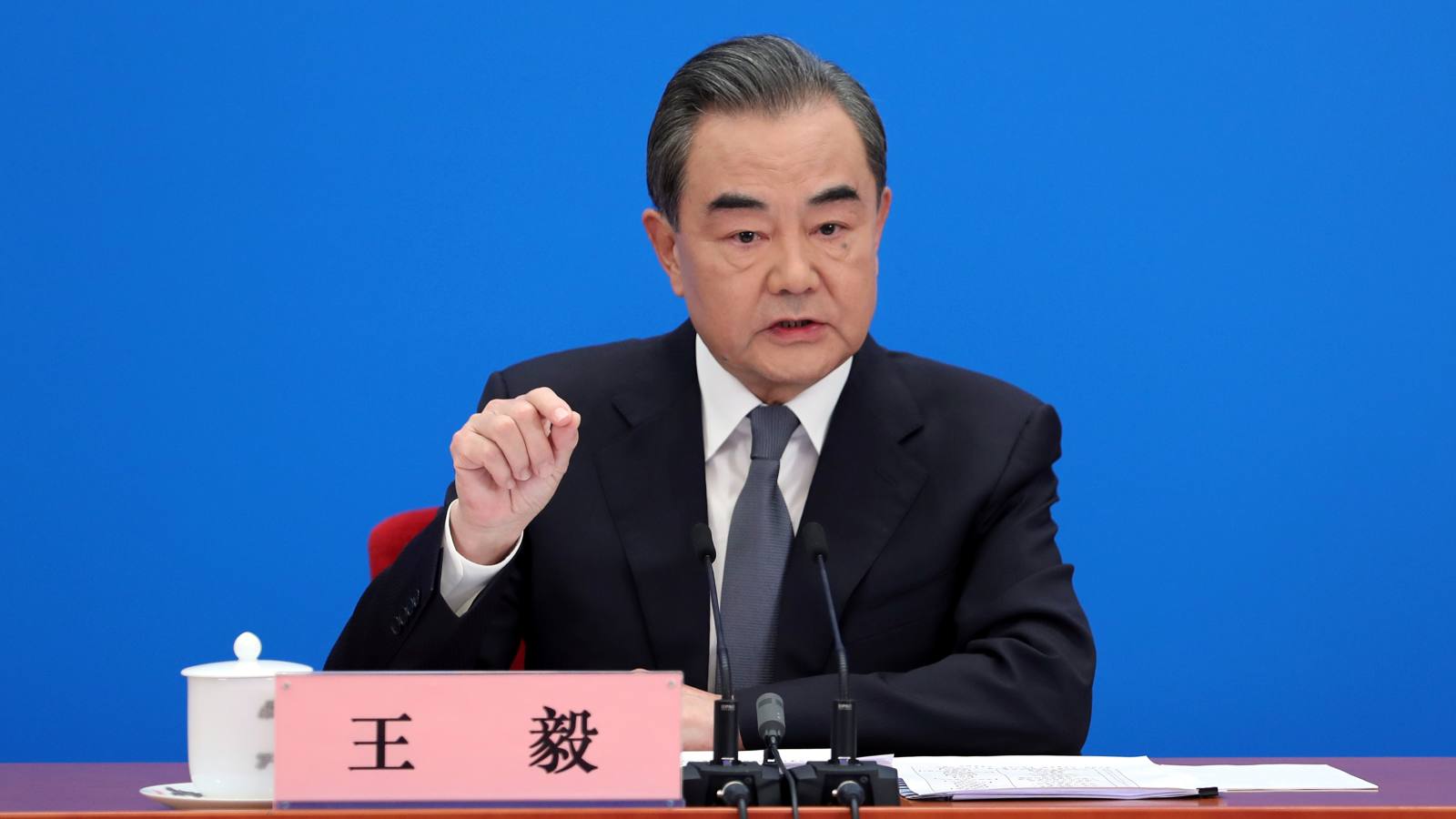 "Beijing clearly has calculated that the collateral damage to their interests from a U.S. retaliatory move was going to be manageable," said Daniel Russel, a former U.S. assistant secretary of state for east Asian and Pacific affairs. "It's very concerning the Chinese government is no longer worried about what Washington thinks of its actions."

U.S. actions such as its withdrawal from the WHO likely make Chinese leaders "feel like they have more cover for this than they would have had otherwise," Russel, now vice president for international security and diplomacy at the Asia Society Policy Institute, added.

"That's a recipe for risk-taking and aggressive action that ought to worry us when we think of the military intervention by the People's Liberation Army in the event of protests in Hong Kong, but it also ought to worry us in connection with what may lie ahead in Taiwan," he warned.

Trump said the State Department will revise its travel advisory for Hong Kong to caution U.S. citizens of increased surveillance by Chinese state security and added that the city will now face the same customs restrictions as the mainland.

"My announcement today will affect the full range of agreements we have with Hong Kong from our extradition treaty to our export controls, on dual-use technologies and more, with few exceptions," Trump told reporters gathered in the White House Rose Garden. His administration will also start restricting Chinese graduate students with military ties from studying in the U.S. and is considering the possibility of delisting Chinese companies that do not follow American accounting and audit rules.

Trump spoke for 10 minutes and did not take questions after his remarks.

Earlier this week, Pompeo told Congress that Hong Kong is no longer autonomous from the mainland. His testimony was a step toward rolling back trade privileges the city receives from the U.S.

Devising sanctions to deter Beijing from further curtailing freedoms in Hong Kong has been a delicate matter for Washington, as moves considered to have the most effect against Beijing would also hurt the interests of Hong Kong and the U.S., which benefits from the city's status as a financial hub.

Dave Stilwell, assistant secretary of state, said Wednesday that the State Department "will do our best to ensure the people of Hong Kong are not adversely affected to the best we can."

Earlier on Friday, the U.S. and U.K. informally raised the Hong Kong issue at the United Nations Security Council.

The decision to impose the new national security law "lies in direct conflict with China's international obligations under the provisions of the legally binding, U.N.-registered, U.K.-China Joint Declaration," Jonathan Allen, U.K. charge d'affaires to the U.N., said in a statement. "As such, this is a matter of legitimate international concern."

In Beijing, Chinese foreign ministry spokesperson Zhao Lijian called the moves "utter nonsense" and accused the U.S. of "making trouble out of nothing."

He said the the duty of the Security Council is to safeguard international peace and stability, and the national security legislation for Hong Kong "is not within the purview of the responsibilities" of the council.