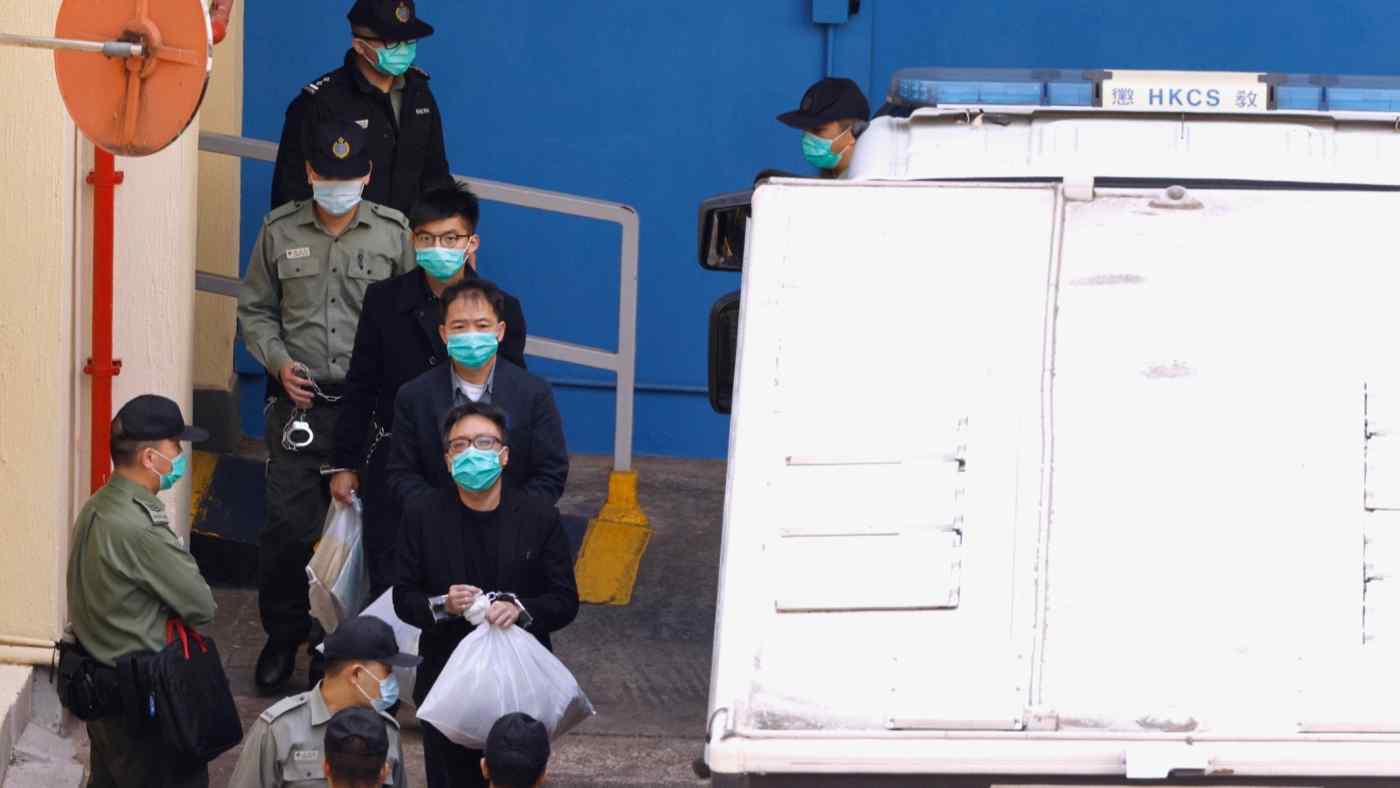 HONG KONG -- A Hong Kong political activist was sentenced Wednesday to more than three years in prison on a string of charges linked to pro-democracy street protests, as authorities make greater use of a colonial-era sedition law to stifle dissent.

The former radio host was sentenced to a term of three years and four months following his conviction on 11 of 14 charges, including seven sedition-related allegations. He was acquitted on two counts of disorderly public conduct and one of the sedition allegations. On Wednesday, Tam was also fined 5,000 Hong Kong dollars ($640) for violating social-distancing restrictions.

Presiding Judge Stanley Chan said the stiff prison term was linked to Tam's apparent lack of remorse and the insults he hurled at lawmakers, police and other officials.

"I just can't see his sincerity," Chan told the court.

Tam's defense argued that his actions were non-violent and aimed at turning Hong Kong into a "more enlightened political system."

The activist shouted "take care mother" and waved to friends and family before he was ushered out of court.

Judge Chan had earlier ruled that Tam's criticism of Hong Kong's government amounted to an attack on the central government, while he also found that his use of the slogan "Liberate Hong Kong, revolution of our times" was a call for independence from Beijing.

During the trial, prosecutors and Tam's defense lawyers argued over what the slogan meant and whether anything that he said could reasonably be interpreted as inciting or spreading hatred against authorities.

Tam, who has been held in custody for 588 days since his September 2020 arrest, was the first person to stand trial under Hong Kong's long-dormant sedition laws. But more than 20 other people, ranging from journalists to speech therapists, are now awaiting trial on sedition charges.

Hong Kong's sedition laws were last used during the 1960s, when the former colony was under British control. But authorities have revived the laws in an ever-expanding definition of banned activity, alongside the city's Beijing-imposed national security law, which gives police sweeping surveillance powers and effectively outlaws protests and criticism of the government.

Tam was arrested months after Hong Kong enacted the security law, which critics say has steadily eroded civil liberties and press freedom in the financial hub of 7.4 million people.

Pro-democracy tabloid Apple Daily, which was critical of the Hong Kong government and Beijing, was forced to shut down after founder Jimmy Lai was arrested and charged under the security law. Lai and some senior Apple editors have since been slapped with sedition charges.

Rights activists and U.N. special rapporteurs have expressed concern that Hong Kong's sedition laws are not in compliance with international human rights law.

Tam, former vice chairman of the pro-democracy People Power party, still faces a subversion charge linked to his participation in an unofficial primary.

In separate cases over the past few months, three people were handed jail terms of up to 13.5 months after they pleaded guilty to sedition charges.