Alliance had rejected demand to submit membership and financial records 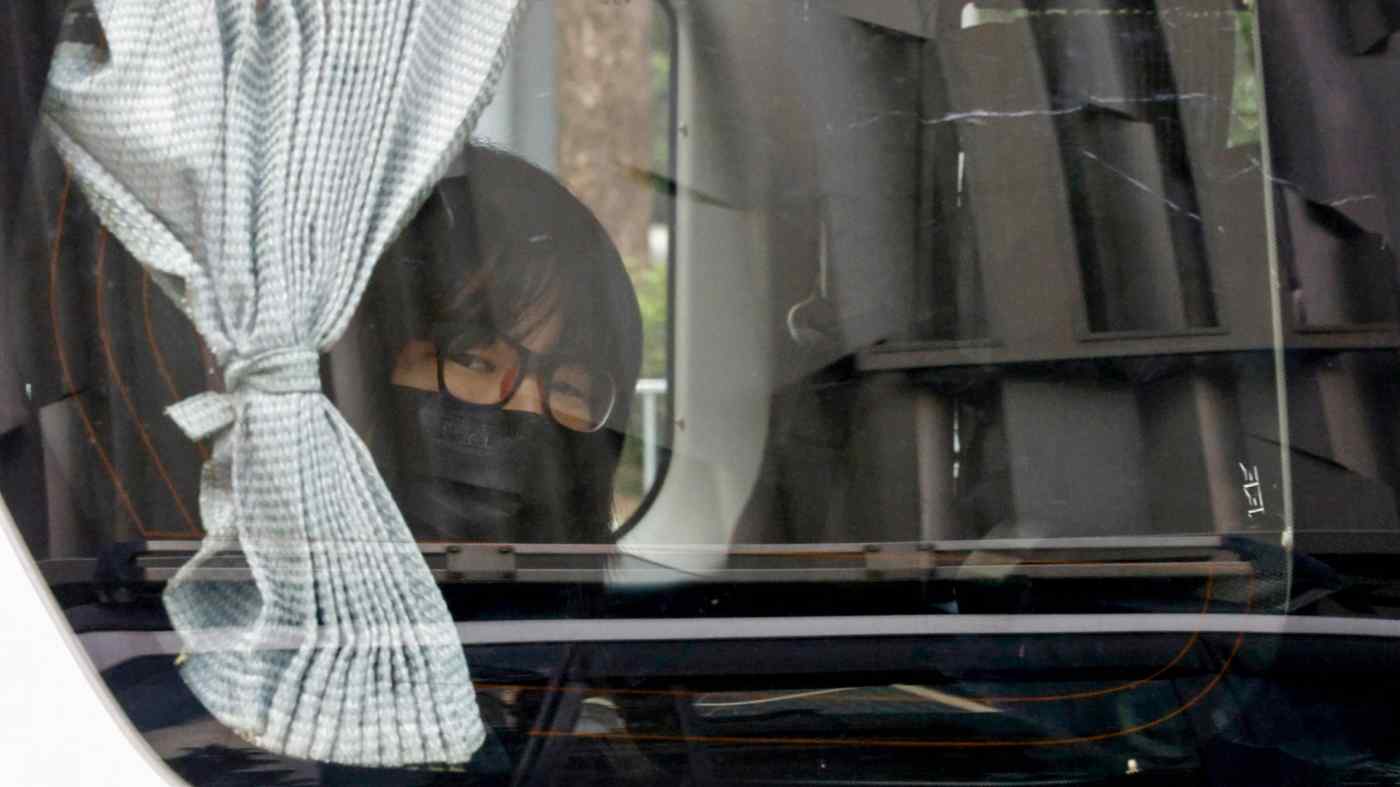 Police are investigating the Hong Kong Alliance in Support of Patriotic Democratic Movements of China for suspected collusion with foreign forces, one of four crimes established under the national security law imposed on the city by Beijing last year.

On Tuesday, Alliance board members handed a notice to police refusing the demand for personal data on all current and former members, minutes of board meetings and financial records as legally unjustified.

They also rejected requests for information on the group's funding and links with specific overseas individuals and organizations, including the Washington-based National Democratic Institute. Board member Tsui Hon-kwong filed a legal challenge against the police demands, asking the court to quash the request and restrain the force from taking further action against the Alliance.

"We are the agent of Hong Kong people's conscience and not the agent of any national interest of any country," Vice Chairwoman Chow Hang-tung, a lawyer, told reporters Tuesday outside police headquarters.

The defiance prompted the force's national security department to issue a statement Tuesday evening when the deadline for submitting the records expired to "severely condemn" those failing to comply and warning that such defiance could be subject to imprisonment of up to six months and fines of 100,000 Hong Kong dollars ($12,870).

"Ignoring warnings given, the organization concerned resolutely insisted on refusing to comply with the police's requirement to provide information... Hence, the police have to take law enforcement actions," said a spokesman for the government's Security Bureau.

In a video message sent at 6:39 a.m., Chow said someone was repeatedly ringing her office doorbell and trying to crack the entrance password.

Alliance Chairman Lee Cheuk-yan is already serving a 20-month sentence, and Vice Chairman Albert Ho is serving an 18-month term. The former legislators were sentenced for their participation in an unauthorized assembly on Oct. 1, 2019, when the Chinese Communist Party celebrated 70 years in power.

The Alliance is best known for holding an annual candlelight vigil in Hong Kong's Victoria Park to commemorate those who died in the June 4, 1989 crackdown in Beijing's Tiananmen Square. This spring, for the second year in a row, the police refused to authorize the event, citing pandemic social controls.

The June 4th Museum run by the group was forced to close on June 2, four days after it had reopened following a renovation and two days before the anniversary of the Tiananmen crackdown. The group's last seven staff were laid off in July.

Chow herself was earlier detained for over a month, charged with "inciting others to knowingly join an unauthorized assembly" in relation to this year's banned vigil. She was released on bail on Aug. 5 and is scheduled to be sentenced in relation to two other cases over the next couple of months. 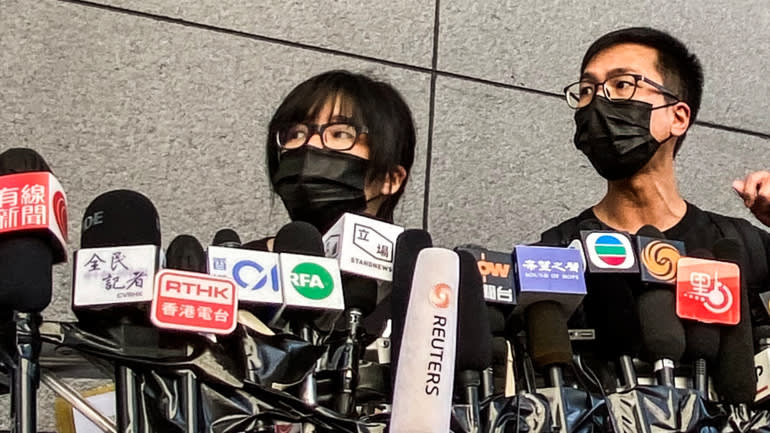 Chow Hang-tung, left, told reporters outside police headquarters that the Alliance was "not the agent of any national interest of any country.” (Photo by Kenji Kawase)

The alliance has been under pressure amid a crackdown on dissenting voices in the city.

Luo Huining, Beijing's top representative here, said at an event in June celebrating the Communist Party's centennial that the territory's "genuine archenemy" was one advocating "the end of one-party dictatorship," an implicit reference to the alliance's key slogan.

Other major civil organizations pushing for freedom and democracy in Hong Kong or supporting these causes in China have also come under severe pressure.

The Civil Human Rights Front, which brought millions to the streets of Hong Kong in the biggest rallies of the city's 2019 protest movement and had organized annual July 1 marches, on Aug. 15 said it would disband after also defying demands to produce internal records.

On Saturday, the Hong Kong Professional Teachers' Union, the city's largest professional union, is to officially vote to dissolve. The PTU was organized in 1973 by Szeto Wah, a late icon of Hong Kong's pro-democracy movement who founded the Alliance in 1989.

The Alliance itself has called an extraordinary general meeting for Sept. 25 to decide whether to disband.

Asked whether the group would be able to survive until then, Chow on Tuesday said, "The Hong Kong Alliance, if it is going to be dissolved, it will be by the decision of the members [and] would not be by the government."