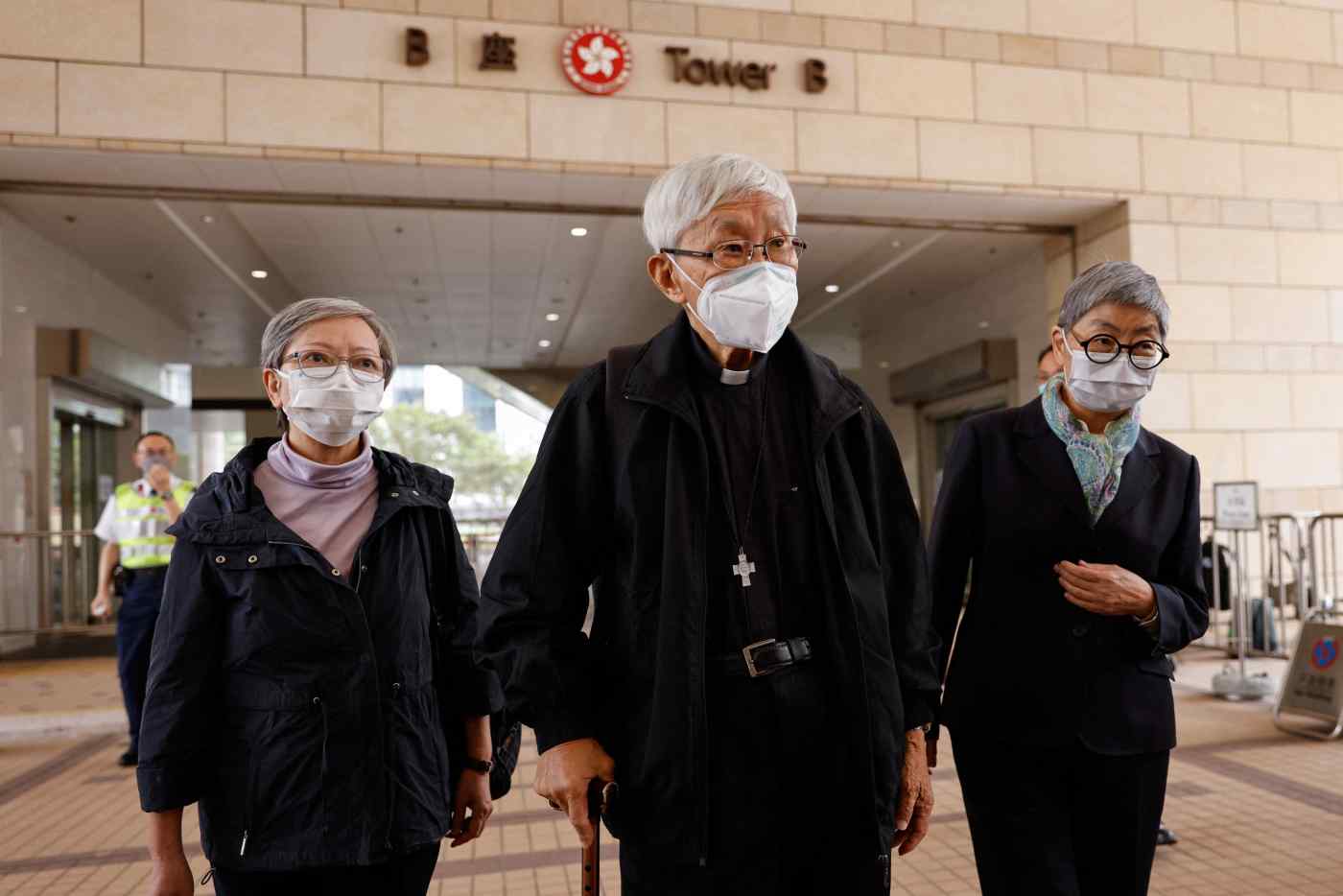 HONG KONG -- Hong Kong's Cardinal Joseph Zen was found guilty Friday on charges linked to a now-dissolved relief fund for activists in a case that highlighted the city's crackdown on its pro-democracy movement.

Five others involved with the fund, which helped pay the legal and medical bills of activists who took part in mass street protests in 2019, were also convicted of failing to properly register the trust with authorities.