Brain drain becomes reality as estimated 100,000 could leave the territory 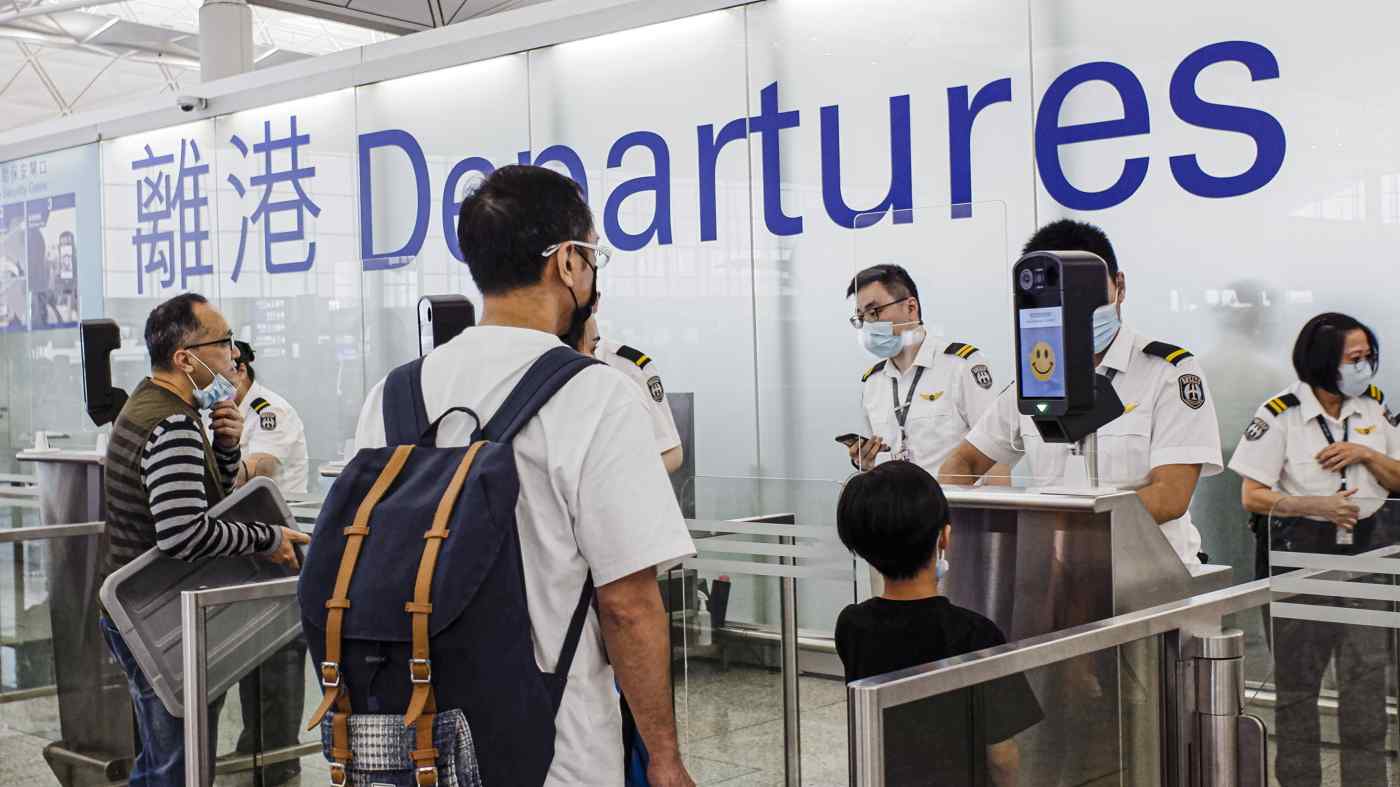 HONG KONG -- The outflow of residents has become a serious problem for Hong Kong.

The region's population, which had grown almost nonstop since the 1960s, began to dip in 2020. After a national security law was imposed on Hong Kong in June 2020, more residents began relocating overseas. The number of emigrants is expected to peak around the end of this year or in 2022, and may total some 100,000, according to one estimate. The impact of the exodus is already being felt in the education and health care sectors.

"Just two months ago, I believed that those who were leaving the city didn't truly love the city," a 26-year-old female primary schoolteacher told Nikkei, "but now emigration is slowly becoming an option at the back of my head."

Over the past two months or so, pro-democracy newspaper Apple Daily ceased publication, and major pro-democracy organizations, including the Hong Kong Professional Teachers' Union and the Civil Human Rights Front, have disbanded.

Beijing has been particularly tough on educational institutions.

" Many experienced teachers have decided to move overseas," the teacher said. "There will be a serious impact on children. I believe after Sept. 1, we will see very different schools," she said, referring to the beginning of the public school year.

At the end of June, Hong Kong's population totaled 7.39 million, down more than 80,000 from a year earlier. The Hong Kong government blamed travel restrictions imposed amid the COVID-19 pandemic as a key factor, but University of Hong Kong professor Paul Yip, an expert on population issues, said: "The number of people who are leaving Hong Kong has become quite serious , too." 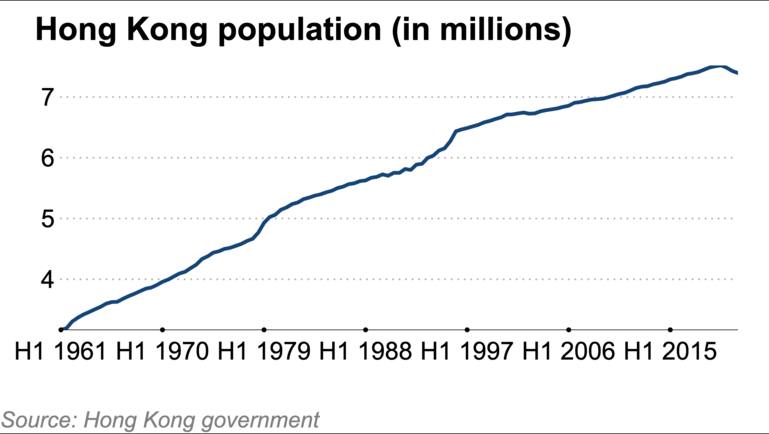 In keeping statistics, Hong Kong's population is divided into usual and mobile residents, the latter includes people who mostly live on the mainland but return to Hong Kong on weekends. The region's population decreased by 126,000 over a period from the most recent peak, at the end of 2019, to the end of this past June, when the latest figures were tallied. Of the decrease, mobile residents totaled 91,000. The government said COVID-19-related restrictions had kept many Hong Kongers outside the region, which is "partly true," Yip said. However, the number of usual residents also decreased by 35,000 over the same period.

Other data sets suggest the number of people relocating from Hong Kong has increased. The number of applications for the United Kingdom's special immigrant visa scheme, launched in January for Hong Kong residents, reached about 65,000 in the first five months. The net outflow of people, excluding permanent residents from mainland China, reached 96,000 in 2020, the highest figure since the administration of Hong Kong was returned to China from Britain in 1997.

The number of people who departed from Hong Kong International Airport in the year since the enactment of the security law exceeded the number who arrived by 109,000. In the year through this past March, the value of pension plans canceled by people permanently leaving Hong Kong amounted to 6.6 billion Hong Kong dollars ($847 million), up 27% from the previous 12 months.

"I would guess there was an outflow of about 100,000 people," said Rikkyo University Professor Toru Kurata, "and it's larger in scale compared to the exodus craze following the Tiananmen Square incident [in 1989]. At that time, there were people who who left Hong Kong, driven by uncertainty about the future, but who returned when the dust settled. This time, however, people appear more determined, because there are so many who are leaving with their families."

Although the Hong Kong government does not issue migration statistics, it has previously been estimated. The figures indicate that the number of people who relocated to overseas locations reached some 300,000 between1990 and 1994, the peak period of relocations from the territory following the Tiananmen Square related and before Hong Kong was returned to China. In a separate report, the government estimated that more than 118,000 people subsequently returned to Hong Kong.

Many people are said to have returned with a belief that the "one country, two systems" principle would be adhered to, as the freedom of Hong Kong was maintained after the 1997 handover.

"The peak of emigration will be at the end of this year or next year, as it takes six months to a year for people to get ready to move," the University of Hong Kong's Yip said. "If the increasing emigration trend doesn't continue, the impact on the working population might not be significant. But if it continues, that would become a serious concern."

Signs of change are emerging. Hong Kong's Hospital Authority, which administers public hospitals, revealed that 4.6% of its doctors and 6.5% of its nurses had resigned in the year to the end of June. It said one of the reasons for the resignations was relocation. A local media outlet has reported that a veteran doctor who specialized in sophisticated heart surgery at a children's hospital has decided to move out of Hong Kong, sparking concerns that patient care might be affected.

According to a survey by Comptify Analytics, a private human resources consultancy, 41% of Hong Kong's key companies said the percentage of employees resigning increased in the first half of this year compared to the period a year earlier.

In a report on financial services workers issued earlier this month, Hong Kong's Financial Services Development Council said there were moves by families to relocate seeking better health care and education for their children. The dreaded drain of highly skilled workers is becoming a reality.

Historically, Hong Kong's development was supported by people fleeing confusion on the mainland, including the Cultural Revolution in the 1960s and 1970s. A rapidly changing city where people come and go constantly, Hong Kong was sometimes described as a "borrowed place." But the people currently moving out are those who grew up in Hong Kong and consider it their hometown.