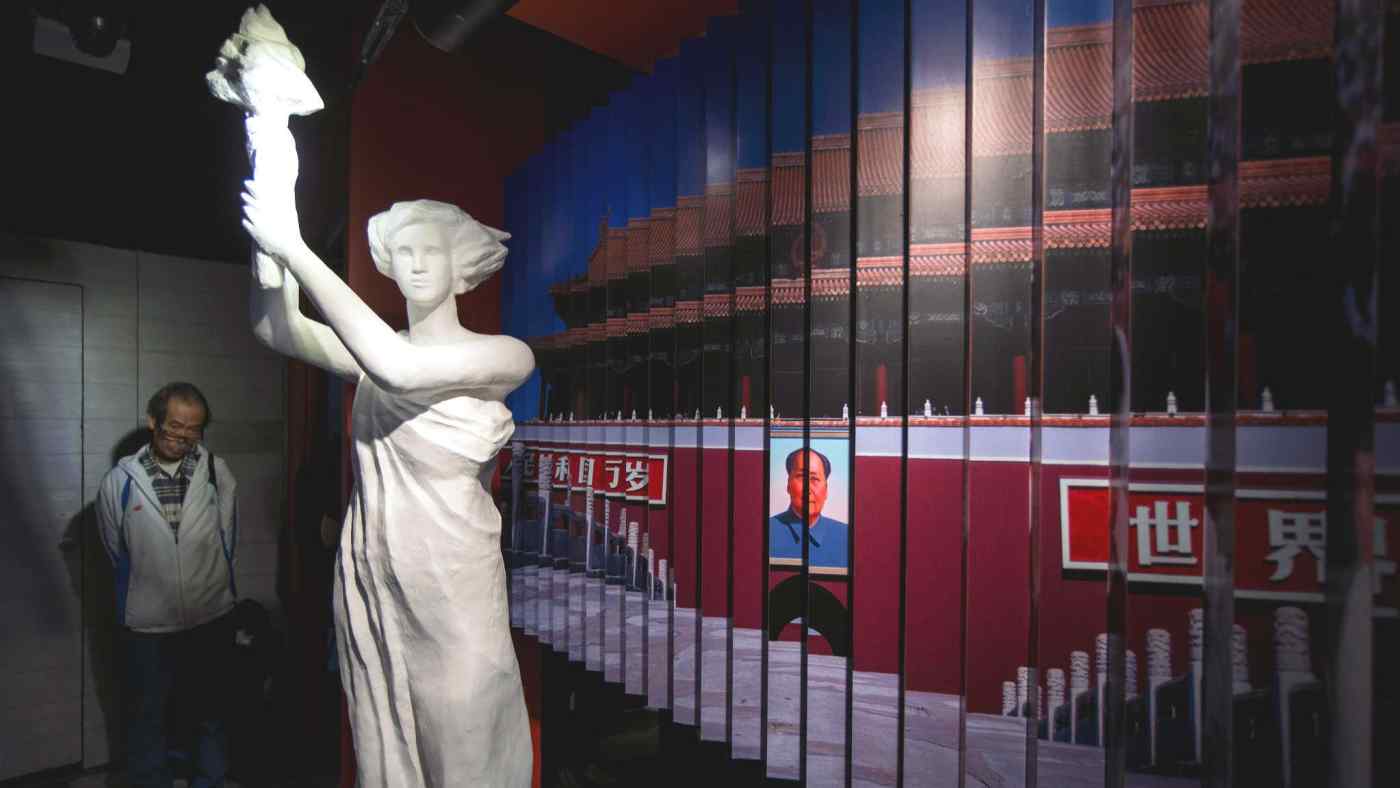 A statue of the Goddess of Democracy at Hong Kong's museum dedicated to the Tiananmen Square pro-democracy protests, pictured in 2014. The museum closed and most of its collection was seized in 2021.   © Reuters
KENJI KAWASE, Nikkei Asia chief business news correspondentJanuary 11, 2022 02:59 JST | U.S.
CopyCopied

HONG KONG -- A museum commemorating victims of China's 1989 crackdown on unarmed demonstrators in Tiananmen Square is planned for the U.S., after closing in Hong Kong last June under the Chinese city's far-reaching national security law.

Wang Dan, a prominent student leader of the 1989 movement and a veteran activist now living in the U.S., said on Monday he and 58 other activists and supporters had registered a nongovernmental organization called the "June 4, 1989 Tiananmen Massacre Memorial Museum." The group has started preparations for a permanent facility carrying the same name.