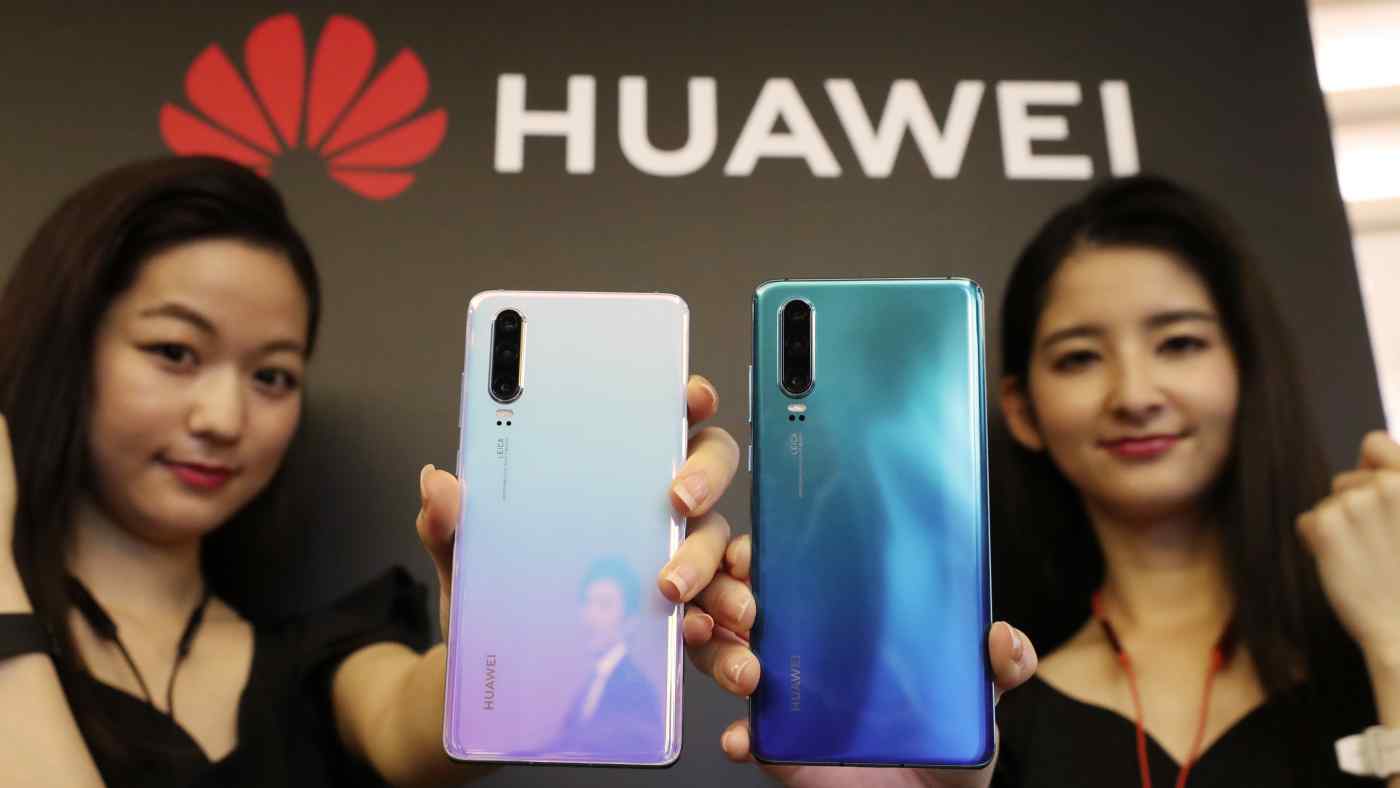 Huawei Technologies introduces its P30 Lite to Japan during an event in Tokyo on May 21, a day before Japanese carriers KDDI and SoftBank said they will delay sales of the model. (Photo by Rie Ishii)
WATARU SUZUKI, CHENG TING-FANG and KIM JAEWON, Nikkei staff writersMay 22, 2019 18:17 JST | Japan
CopyCopied

TOKYO/TAIPEI/SEOUL -- Carriers in Japan and Taiwan have become the first in Asia to say they will not sell Huawei Technologies' new smartphones in the wake of U.S. restrictions, with a South Korean peer saying it may follow suit.

The news comes as a blow to Huawei's global ambitions just as the Chinese tech giant regained its position as the world's second-biggest smartphone maker.