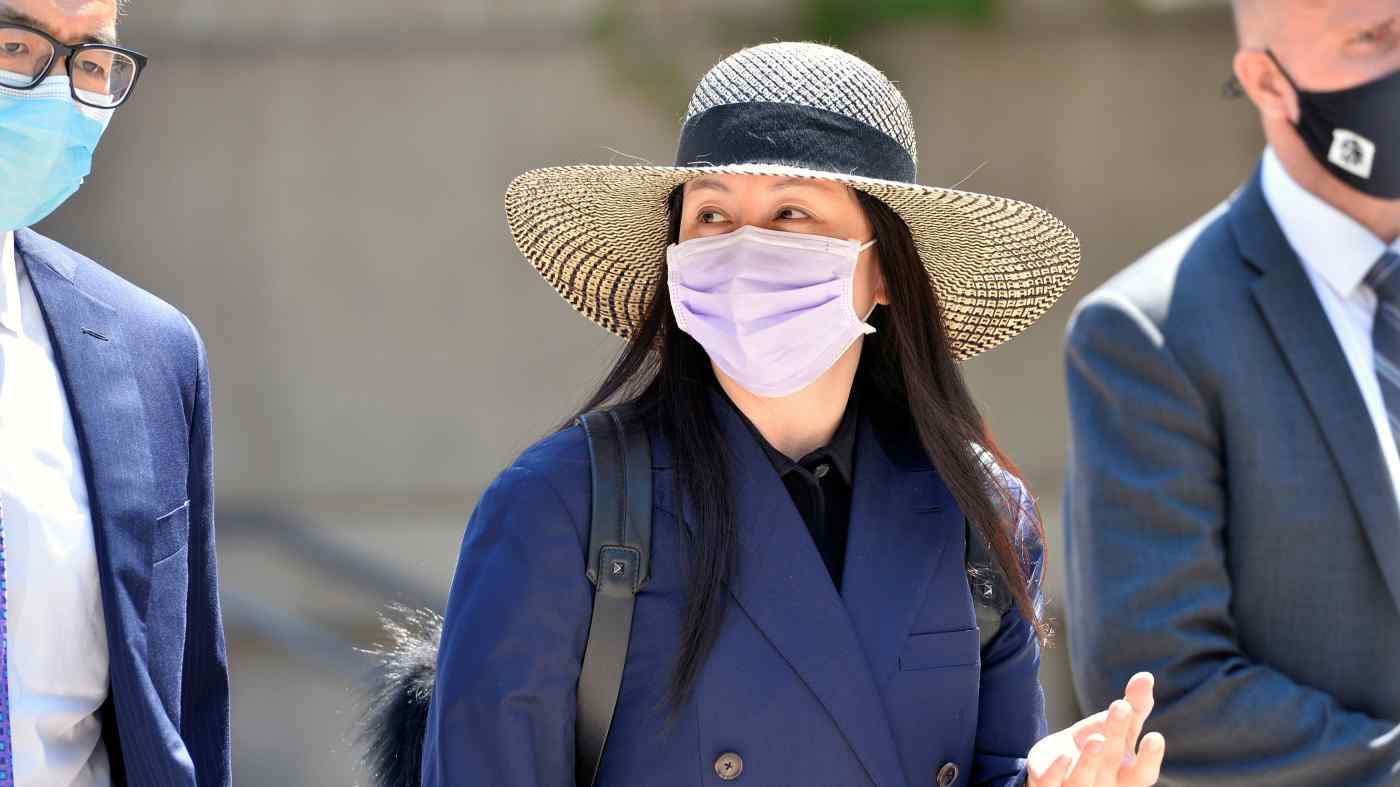 NEW YORK -- Huawei Chief Financial Officer Meng Wanzhou will not be allowed to submit new evidence in the extradition case against her, according to a ruling Friday by the British Columbia Supreme Court in Vancouver.

With the high-profile hearing heading into its final stretch, the Canadian court rejected a request by Meng's legal team to enter internal emails from London-based bank HSBC as evidence in the committal hearing.

The U.S. is seeking the extradition of Meng, who is also the oldest daughter of Huawei founder Ren Zhengfei, to face charges of fraud. She has been under house arrest in Vancouver for over two and a half years.

The U.S. alleges that Meng misled HSBC over the nature of her company's ties to Iranian subsidiary Skycom, causing the bank to unwittingly violate U.S. sanctions on Iran. Prosecutors argue that only junior employees knew about the true nature of the relationship, and senior employees were not informed.

Last week, Meng's lawyers argued in court that the internal emails -- obtained after a legal battle in Hong Kong -- from the British bank showed that the senior management did know about Huawei's relationship with Skycom.

Associate Chief Justice Heather Holmes turned down Meng's request and said she will lay out her reasoning in writing in the following days.

"We respect the court's ruling, but regret this outcome," Huawei said in a statement. "Even though the court did not permit Ms. Meng to introduce additional evidence, the new documents demonstrate clearly that HSBC, including its senior executives, were aware of Huawei's relationship with Skycom and its business in Iran. It shows that the Unites States' record of the case (ROC) and supplemental ROCs are manifestly unreliable."

"The hearings will continue, and as always we support Ms. Meng in her pursuit of justice and freedom," the statement said.

Final hearings are scheduled to begin in early August, and a decision on whether Meng is to be extradited could come by the end of this year.

Meng's high-profile case started amid the U.S.-China trade war during the administration of former President Donald Trump. Huawei was also among the Chinese tech companies banned from doing business with American companies due to national security concerns.

The case has also contributed to tension between Canada and China. It has been linked to the arrests of two Canadians, Michael Spavor and Michael Kovrig, in Beijing over allegations of espionage soon after Meng's arrest.

Some Canadians have expressed that the Canadian government needs to take "a realist approach to handling the resolution as a matter of national interest and bilateral negotiation rather than a strictly rule-of-law approach," said Paul Evans, a public policy and global affairs professor at the University of British Columbia and the HSBC chair in Asian Research. HSBC is not directly linked to this position.

Evans pointed out there is "a growing recognition" that the current approach is not working and more people are paying attention to "the weakness of the American charges" against Meng. He said the only solution he could see is that Meng and Huawei could reach a deal of deferred prosecution agreement with the U.S. Department of Justice or the Canadian court decides that Meng will not be extradited.

"Barring a made-in-Washington miracle, the solution will need to be Canadian made," said Evans. "If the judicial route does not produce an immediate decision in her favor, the only door remaining will be a bilateral political negotiation between Beijing and Ottawa."

"The level of anger about the detention of the two Michaels has not diminished. Public views of China remain at all time lows," Evans added. "Meanwhile, the human and political cost continue to mount."