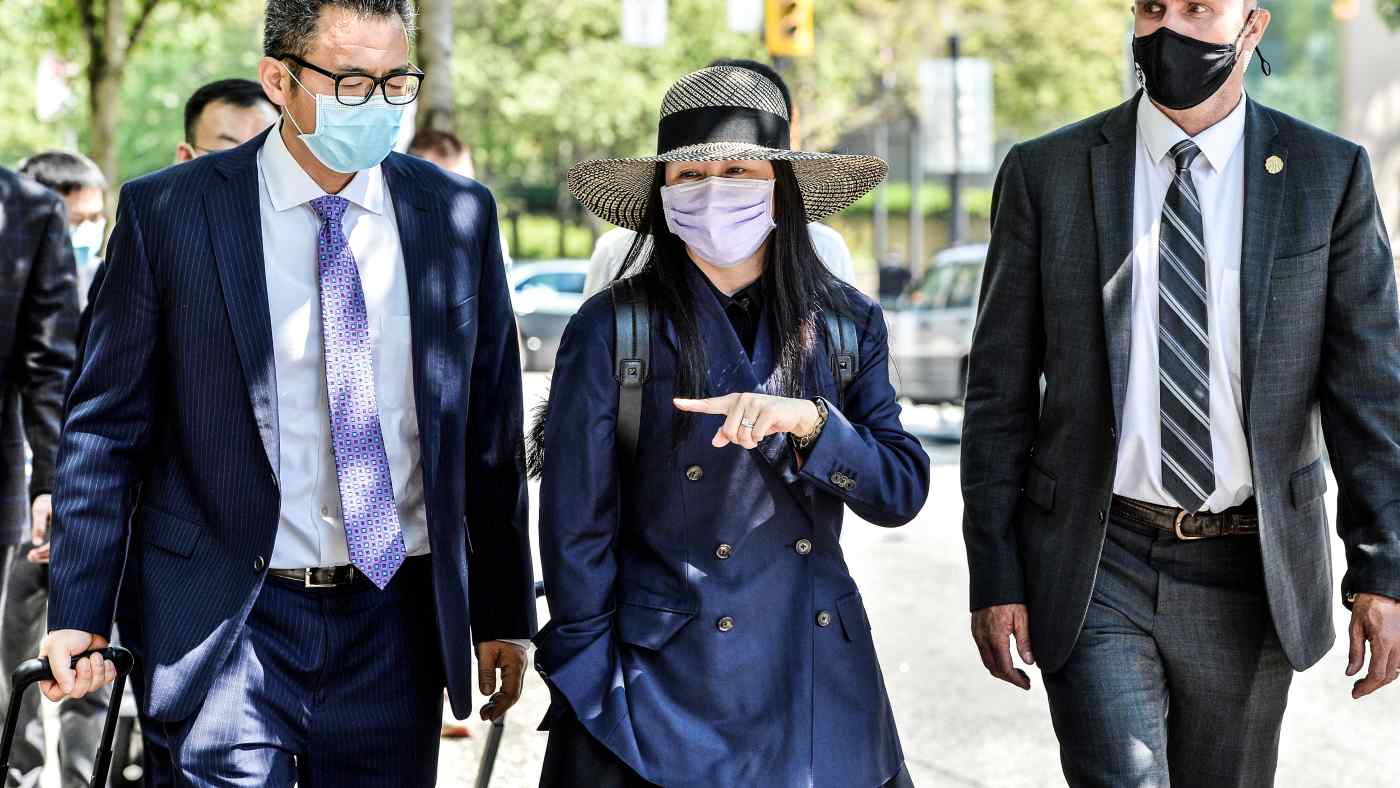 NEW YORK -- Lawyers for Huawei's chief financial officer Meng Wanzhou have traded blows with prosecutors in a court in Canada this week, hoping to have troves of HSBC emails admitted as evidence in the final committal phase of her extradition case.

The U.S. has accused Meng, also the oldest daughter of Huawei founder Ren Zhengfei, of fraud and wants her extradited. Her fight to prevent that is approaching a potentially decisive phase, more than two and a half years after she was detained in Vancouver. She has been under house arrest ever since.

This week's two days of hearings centered on what HSBC, the U.K.-listed bank that is a huge brand in its Hong Kong home, knew about the relationship between Huawei and Skycom, an Iranian subsidiary.

The U.S. says Meng misled HSBC over the nature of ties to Skycom, which as an Iranian entity was subject to U.S. sanctions, putting the bank at risk of financial loss.

Meng's lawyers on Tuesday disputed the U.S. claim that only junior employees at HSBC knew about Huawei's connections with Skycom. They said internal bank emails -- obtained after a legal battle in Hong Kong -- showed that senior executives were aware of Huawei's links to Skycom. HSBC declined to comment.

Meng's legal team want the evidence admitted into the committal stage of the extradition hearings. Prosecutors argued instead that the emails should only be included as evidence in any subsequent trials, saying it is "not this court's proper function" to examine evidence and conclude whether Meng is guilty or not.

The Canadian court will make a decision on whether to admit the HSBC emails into the committal phase by July 9. Final hearings are scheduled to begin in early August.

Meng's high-profile case started amid the U.S.-China trade war during Donald Trump's presidency. Huawei was blacklisted as one of the Chinese tech companies banned from doing business with American companies due to national security concerns.

Her case has also contributed to tension between Canada and China. It has been linked to the arrests of two Canadians, Michael Spavor and Michael Kovrig, in Beijing over allegations of espionage soon after Meng's arrest.

President Joe Biden has not given clear signals on how the U.S. plans to handle Meng's case. A court decision from the Canadian side on whether Meng can be extradited to the U.S. could arrive as early as the end of this year, according to people familiar with the matter.

"As the case enters its next phase, Huawei remains confident in Meng Wanzhou's innocence," said a Huawei spokesperson. "We will continue to support Ms. Meng's pursuit of justice and freedom."

Since Meng's arrest in December 2018, she has been wearing an ankle bracelet and living in one of her million-dollar mansions in Vancouver.