Huawei builds up 2-year reserve of 'most important' US chips 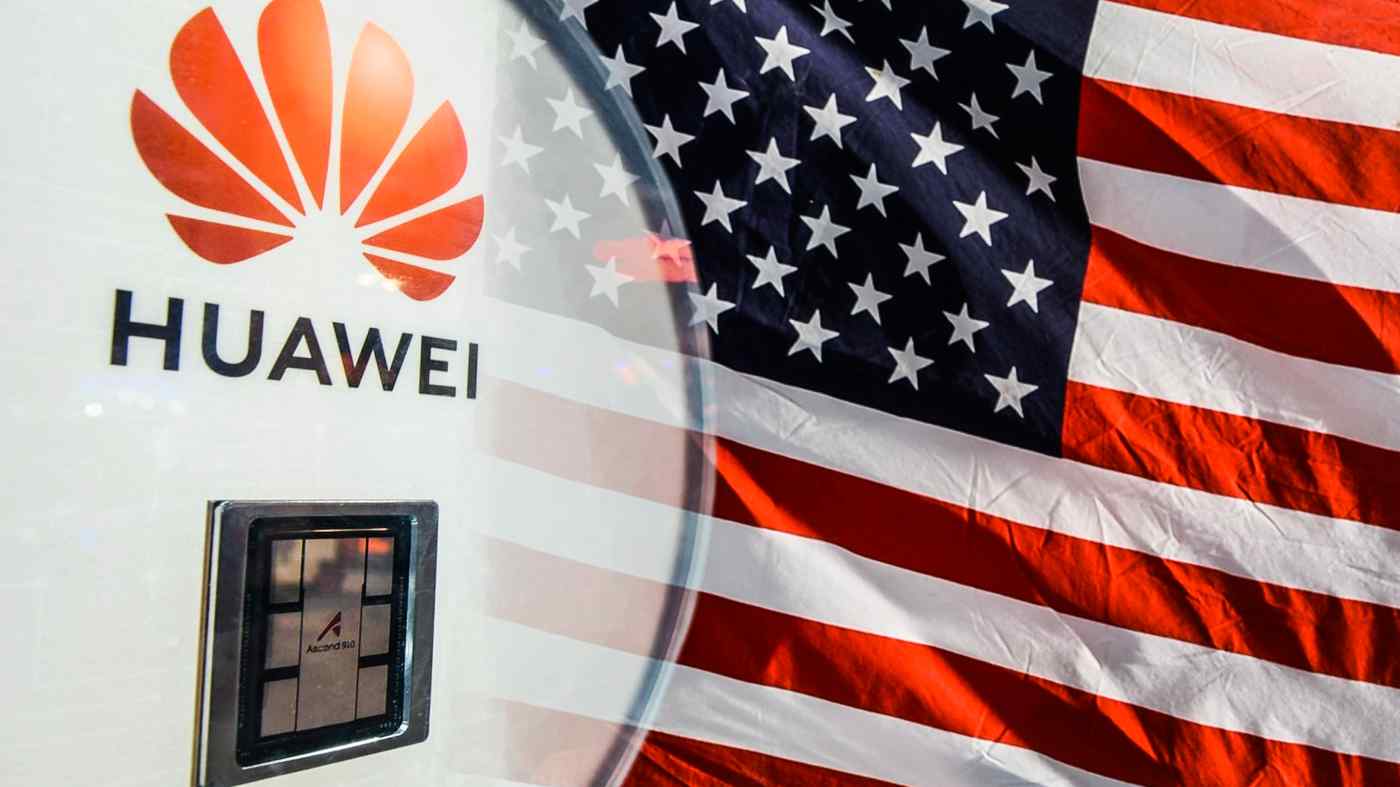 TAIPEI -- Huawei Technologies has stockpiled up to two years' worth of crucial American chips to shield its operations from Washington's crackdowns, sources told the Nikkei Asian Review.

Huawei's stockpiling efforts focus on central processors made by Intel for use in servers and programmable chips from its peer Xilinx, the sources said. These are the "most essential components" for the company's base station business and emerging cloud business, and it has enough inventory to last between one and a half and two years, they added.

Following the latest U.S. crackdown on May 15, there are no long-term alternatives for these components immediately available to Huawei, the sources said, as Washington has in effect blocked the production of Huawei-designed chips. Analysts, moreover, say that relying on stockpiled chips could eventually hurt the company's competitiveness.

The company started buying up chips at the end of 2018, soon after Huawei CFO Meng Wanzhou -- who is also founder Ren Zhengfei's daughter -- was arrested on the Canadian border, the sources said.

Huawei revealed last week that it spent 167.4 billion yuan ($23.45 billion) stockpiling chips, components and materials in 2019, up 73% from the previous year. The company's first public confirmation of such efforts came three days after Washington further tightened export control rules to block any non-U.S. suppliers from producing chips to Huawei's own designs. Nikkei first reported Huawei's stockpiling efforts last May, when the Chinese company was first put on a trade blacklist to restrict its access to American technology.

While Huawei has not revealed the targets of its chip buying, sources say that the company is particularly anxious to build up inventories from Xilinx, the San Jose-based chip developer with expertise in designing Field Programmable Gate Arrays. FPGAs can be programmed by users with their own algorithms and program computing tasks to meet specific needs. Such programmable chips -- for which there are no comparable non-U.S. suppliers -- are extremely crucial to Huawei's base station and telecommunication equipment rooms, as they offer connectivity and architectures for a wide range of base station applications, they said.

"Xilinx's programmable chips are too hard to be replaced at the moment. Not even Huawei's own chip designer HiSilicon can design chips that can fully compete against Xilinx's offerings," an executive-level source at a Huawei supplier who is familiar with the company's stockpiling practices, told Nikkei.

Xilinx's chips also have strong national security implications as they are widely used in space and defense tech, such as American F-35 fighter jets, satellites and NASA's research, according to the company. Bringing the manufacture of Xilinx chips back to American soil is one of the key reasons the Trump administration has pressured Taiwan Semiconductor Manufacturing Co. -- Xilinx's production partner and a key Huawei supplier -- to set up a chip facility in the U.S., as Nikkei reported earlier.

Huawei is also trying hard to buy high-end server central processing units, or CPUs, from Intel and its smaller rival Advanced Micro Devices. Both chip developers are based in the U.S. and together control nearly 98% of the global server CPU market. Server processors, which are more complicated and have more computing power than ordinary notebook CPUs, are indispensable for Huawei's growing cloud business.

The world's biggest telecom equipment maker and a leading server builder, Huawei has not been able to directly buy chips from American companies without special approval since last May. However, it has been able to continue building its inventory of American chips through other available channels -- such as local chip distributors and traders, or even asking its own suppliers to buy the chips for it, sources familiar with the matter said. Huawei has been willing to pay far higher prices than normal for the chips, despite the fact the company can only secure "off-the-shelf" versions without customization or technical support, they said.

Huawei has also been building up its inventory of DRAM and NAND flash memories from Samsung, SK Hynix, Micron and Kioxia since last year, sources said. Korea Economic Daily reported on Monday that Huawei sought assurances from Samsung and SK Hynix that it would have a stable supply of memory chips.

"It's preparing stocks for wartime," said one of the sources. "The idea is that if the real demand is only 100 units per month, it would order 150 units and store them. Memory chips are easier to build inventories as they don't really upgrade that often like processor chips."

Xilinx, Intel and AMD, responding to request for comments, all stressed their compliance with U.S. laws and regulations.

"Xilinx is aware of the recent additions to the Department of Commerce's Entity List and is evaluating any potential business impact," the chipmaker said.

Intel, meanwhile, said it "continues to comply with U.S. government export regulations, including the requirements imposed by the BIS Entity List."

AMD, a smaller rival to Intel, said: "Based on our initial review of the recent revision to the Foreign Direct Product Rule, we do not believe that this rule modifies AMD's ability to sell products to Huawei."

Samsung, SK Hynix and Micron declined to comment, while Kioxia said only that it conducts its business in accordance with the rules and regulations of all countries in which it operates.

Having sufficient inventories of these chips is crucial for Huawei to roll out products on time. Huawei's chip designer HiSilicon unveiled its own server processor chip, dubbed the Kunpeng series, at the start of 2019 as alternatives to Intel and AMD, and it also designed customized chips to replace Xilinx in case it runs out of the programmable chips. But the latest U.S. restrictions mean Huawei is unable to produce those chips.

These in-house designs, moreover, cannot yet match the offerings of those American chip designers, industry insiders say. The fact that China currently does not have the capability to make globally competitive memory chips has prompted Huawei to prepare for the possibility of the U.S. government again expanding the scope of its restrictions to cover those products, they said.

But despite Huawei's stockpiling efforts, the company's market position and product competitiveness could still be significantly weakened under the new export control restrictions, analysts said.

Paul Triolo, head of geotechnology research at risk consultancy Eurasia Group, said stockpiling components can only take Huawei so far, as the particular chips targeted by the U.S. action are application-specific and only the existing suppliers can ramp up production at high throughputs. Moreover, those types of chips are constantly being upgraded and redesigned, with the next generation already in the pipeline, he added.

"U.S. actions are likely to focus on Huawei's infrastructure business, as well as its enterprise and cloud services and AI business lines. ...These sectors are highly competitive and require the ability to rapidly iterate designs and integrate in the latest and best technologies from a variety of sources," Triolo told Nikkei.