Move by US company risks leaving Chinese group 'in the dark,' source says 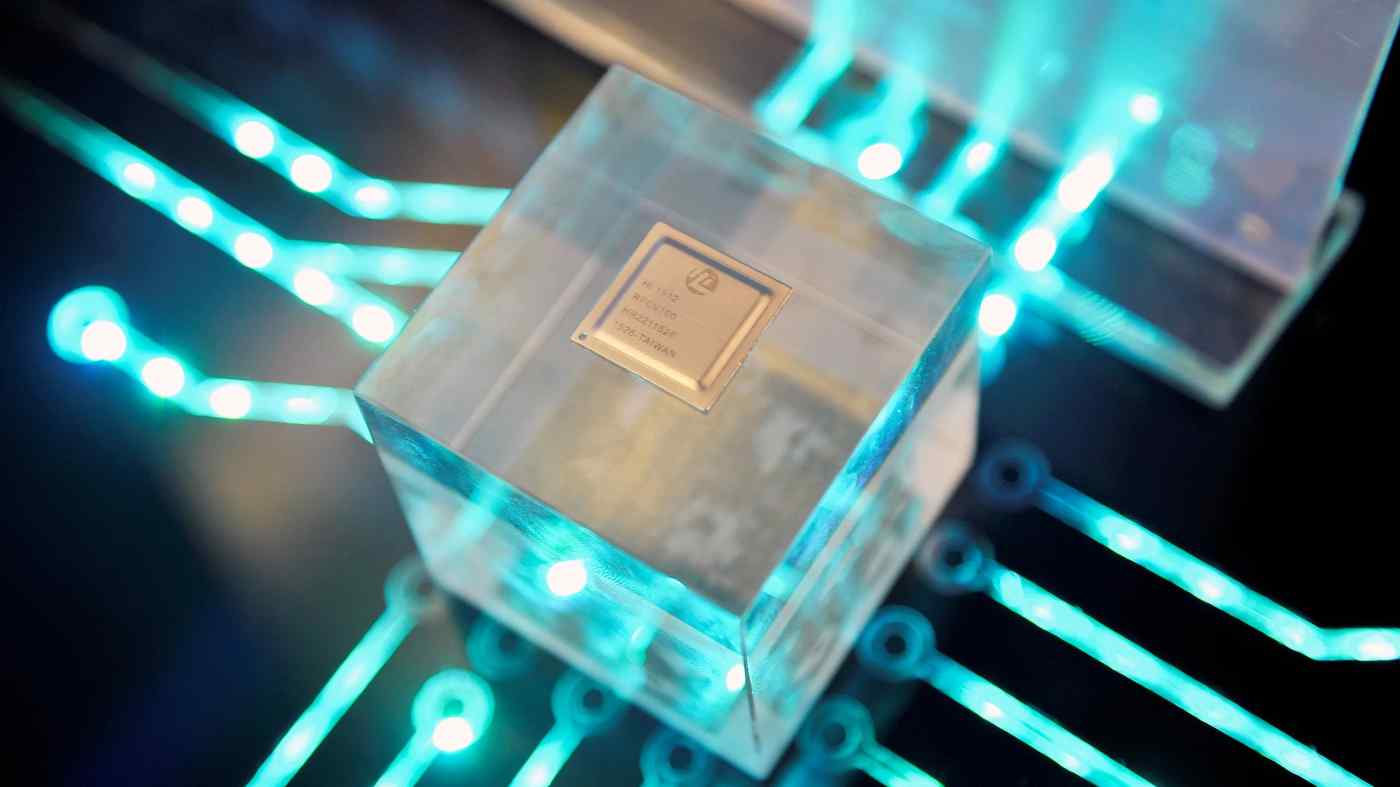 Synopsys, based in California, told employees to suspend the updates after the U.S. Commerce Department added Huawei to a list that restricts its access to American technology, two industry sources who are aware of the notice told Nikkei.

Huawei, which recently surpassed Apple to become the world's No. 2 smartphone maker, outgrew its peers in recent years partly based on the company's ability to make its own custom chips.

Without the support of design tools, Huawei could fall behind in technology while rivals such as Apple and Samsung Electronics race ahead. Only Synopsys and Cadence Design Systems, another U.S.-based design tools provider, are currently capable of providing what Huawei needs to develop advanced chips.

Cadence, also a Huawei supplier, did not reply to questions from Nikkei. But as a U.S. company, Cadence too would face heavy penalties if it continued to supply Huawei without Washington's permission.

"It would become very difficult for Huawei to design new chips if they could not have new updates of software, given that the whole chip production process has become so sophisticated and complicated," a chip industry executive familiar with the matter told the Nikkei Asian Review. "There may be updates every week to help chip developers synchronize with chip manufacturers and solve bugs."

Without those updates, the design process would face endless problems, and chip manufacturers could become reluctant to put those designs into mass production, this person told Nikkei.

"It's like designing those chips in the dark," another industry manager said. "That could take a lot longer and even result in failures."

Huawei is working on its next generation of Kirin mobile processors for premium smartphones, along with new networking processors for fifth-generation wireless base stations and 5G modem chips.

The Chinese company also is developing Kunpeng 920 server processors for data centers to reduce its reliance on U.S. chipmaker Intel, as well as a series of artificial intelligence accelerators for applications including wearable devices and connected cars.

Another industry source familiar with Huawei’s plan said designs had already been completed for the Kirin 985 and Kirin 990 chip lineups for premium handsets, as well as the Balong 5000 5G modem chips for smartphones, due to go into its device offerings this year.  “But we are not very sure about chips for next year and beyond as it will take 12 to 18 months to design a new advanced chip,” the person said.

Synopsys admitted earlier this month that “government action to restrict trade with one of our customers and its affiliates" meant it was “unable to book new business” with that client, and would have to put on hold "recognition of currently contracted revenue." It did not name Huawei in the comments, made in an earnings call on May 22. Synopsys declined to comment further when approached by the Nikkei Asian Review.

Little known outside the semiconductor industry, Synopsys is one of the few providers of electronic design automation tools that possesses the full capability to help chip developers realize their designs. EDA tools are the fundamental software in which all chip designs begin, and the sophisticated manufacturing processes make these tools indispensable.

Cadence employees have not received a similar internal notice, but some staffers have avoided email exchanges with Huawei after the U.S. blacklisting for fear of violating the export controls, two people familiar with the matter said.

If both suppliers should suspend work with Huawei due to the restrictions, the Chinese company would struggle to find an alternative supplier quickly.

"We would definitely want to help Huawei if we could, but we really do not have that capability," an Empyrean Software representative told Nikkei. "It would be like we sold cars, but Huawei came in and asked us to build airplanes or even rockets for them."

Siemens, on behalf of Mentor, refused to elaborate. However, it told Nikkei that it was "examining the extent of [the restrictions'] impact on reciprocal supply agreements. We value our relationship with Huawei...We will of course operate in compliance with the laws."

Industry sources said pirated EDA software is available online, but that these unlicensed tools could cause production problems. Contract chipmakers such as Taiwan Semiconductor Manufacturing Co. and smaller Taiwanese peer United Microelectronics may not want to produce designs made using such software.

TSMC said it will make sure each batch of its shipment of chips complies with all trade regulations.

Most U.S. companies supplying Huawei -- including chipmakers Qualcomm, Micron Technology, Qorvo and Lumentum as well as Google -- have said they cannot work with Huawei in the wake of Washington's blacklisting.

HiSilicon President Teresa He Tingbo wrote recently in a letter to employees that her company foresaw a day when it would be cut off from U.S. technologies and has a backup plan to replace all the American chips. But the suspension of design tool updates adds a new obstacle for the Chinese company's Plan B.