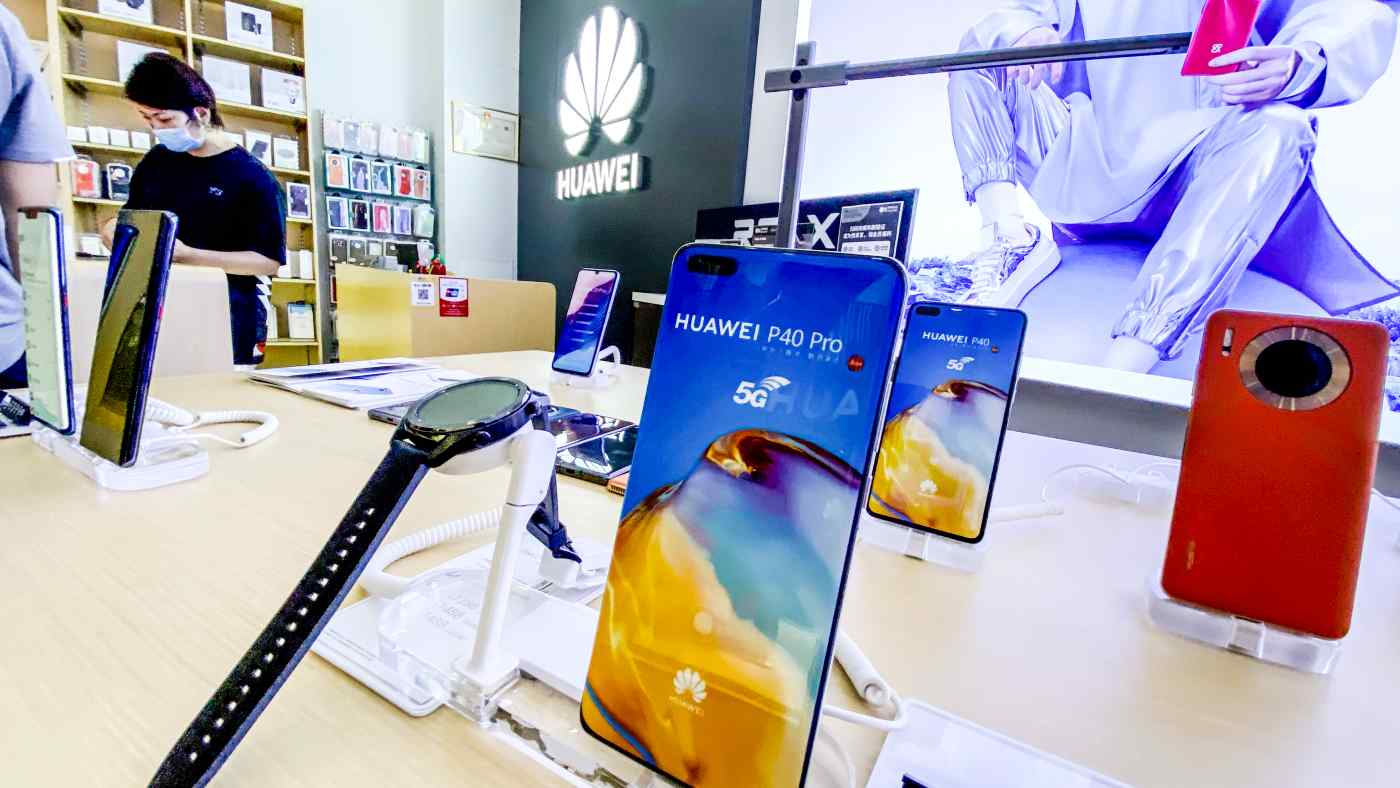 TAIPEI -- Huawei Technologies on Wednesday said it will extend its own operating system to smartphones in an attempt to keep its consumer business alive amid a U.S. crackdown on the Chinese company.

Huawei aims to have 200 million existing handsets switch from Google's Android operating system to its own HarmonyOS by the end of the year. The operating system will also be made available to a further 100 million smart devices such as displays and tablets.

The operating system will first be available for some of its smartphones, including the premium Mate 40 and Mate 40 Pro -- Huawei's answer to the iPhone 12 -- with availability for other models and types of devices coming throughout the year. Huawei said it intends to eventually use the operating system on all of its future devices.

Huawei is the world's No. 1 telecom gear provider and was once its largest smartphone maker, but its consumer electronics business took a hit when the U.S. government blacklisted the company, citing national security concerns. This restricted the company's access to U.S. technology and supplies, including latest updates and technical support for Google's Android.

Huawei also launched a range of new products on Wednesday including a smartwatch, a tablet, wireless earphones and two monitors that will all be powered by the HarmonyOS.

"Huawei's announcements reflect its need to pivot away from a reliance on smartphones to other hardware categories such as tablets, smart speakers, headphones, wearables, displays and more," said Ben Wood, chief analyst with CCS Insight. "Many of these devices are able to use Wi-Fi rather than a cellular connection, making it easier to get around the sanctions related to 5G chips"

The company shipped 189 million smartphones last year, down from 240.6 million the previous year, according to data from IDC.

Huawei ramped up development of HarmonyOS in the summer of 2019, shortly after it lost access to Google Mobile Services, which meant its smartphones could no longer use such popular apps as Gmail, Google Maps and YouTube. As an alternative, Huawei developed Huawei Mobile Services and its own AppGallery.

Having its own operating system, the company hopes, will help it overcome this hurdle and regain global market share. It dropped out of the global top five smartphone companies in the first quarter of this year, according to IDC's data.

Huawei was already forced to sell its budget-phone brand Honor late last year in a bid to regain access to American technologies and component supplies.

Like Google does with Android, Huawei shares some of the HarmonyOS source code with suppliers to enable them to build products that are compatible with the system. The more products and services running on HarmonyOS, the bigger and more complete Huawei's online ecosystem will be.

The homegrown operating system was first applied on Huawei's non-smartphone devices including smart displays. Richard Yu, CEO of Huawei's consumer electronics business group, said at the time that the company still prioritized the use of Google's Android and services where it could.

Huawei changed its stance last September, saying its smartphones will be upgraded to support the HarmonyOS -- a sign that the Chinese company no longer expects to resume its collaboration with Google. Huawei said it had accumulated 1.8 million developers as of September last year, double the number it had when it announced its plan to build an ecosystem based on HarmonyOS in 2019.