Huawei vows to lead in 6G as U.S. and Japan challenge China 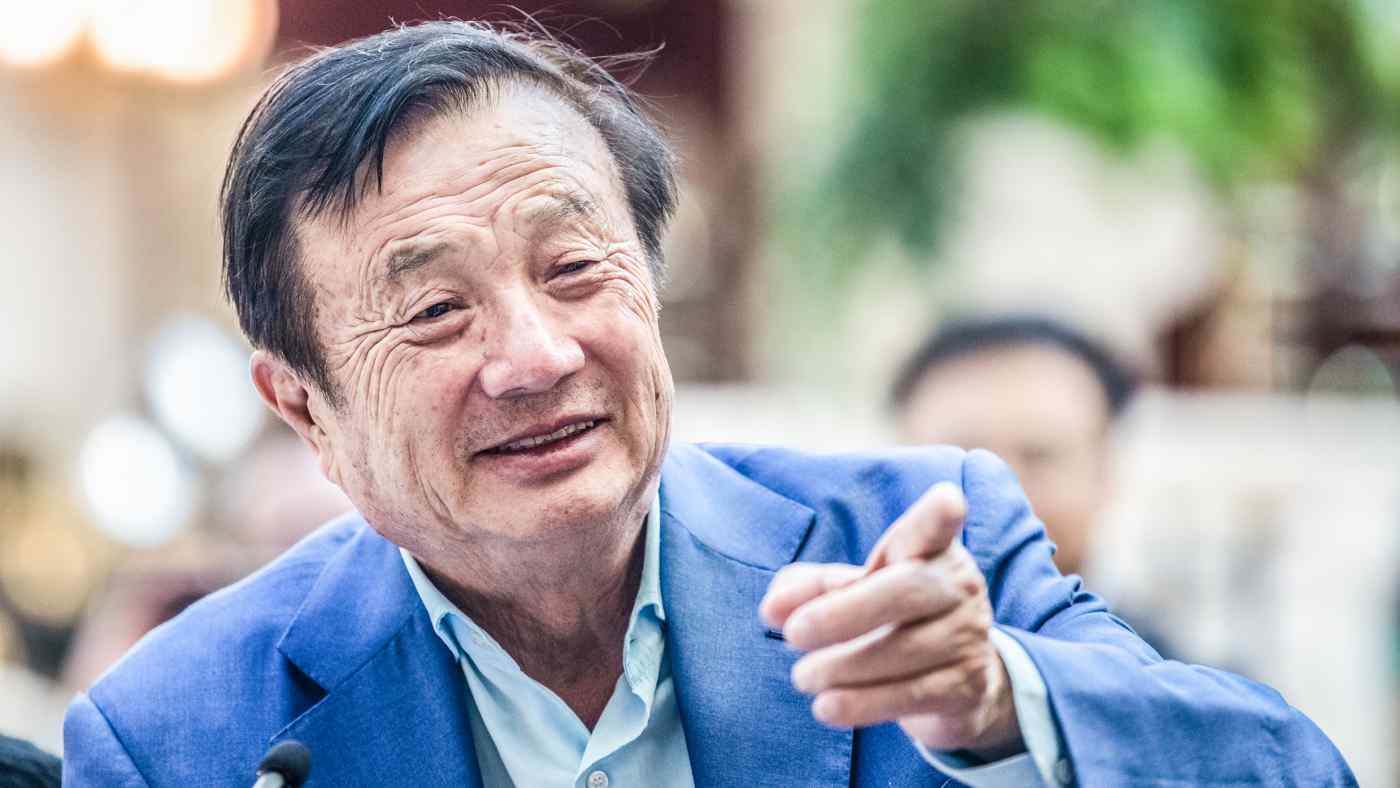 TAIPEI -- Huawei Technologies will push ahead with developing 6G wireless technology in defiance of a U.S. crackdown on the Chinese tech giant, its founder and CEO has told employees, exhorting them to "break limits in the sky" and set global standards for the emerging industry.

Ren Zhengfei, speaking to a gathering of in-house scientists, researchers and interns early last month, said the company will continue developing its 5G and artificial intelligence businesses while also working to secure its lead in next-generation technology, according to an internal company document seen by Nikkei Asia.

He acknowledged, however, the effect of U.S. trade restrictions on the company's once-proud smartphone business.

"Our research into 6G is preparation against a rainy day, and we aim to seize the ground of 6G patents," Ren said at the gathering in August, according to the transcript of the question and answer session with employees. "We must not wait until 6G becomes viable, as waiting would impose constraints on us due to a lack of patents."

Huawei already holds the largest number of standard-essential patents (SEPs) for 5G technology, which offers faster, low-latency data transfer and has implications for everything from self-driving cars to livestreaming. SEPs cover technology that is used in industrywide standards and are necessary for producing devices compliant with those standards.

Though still in its infancy, 6G promises to open the door to even more futuristic applications, including in the fields of space research and earth sciences.

Like 5G, the technology has become a point of competition between major economies. China has prioritized 6G technologies as one of its key research areas, while the U.S. and Japan are pouring money into 6G development, including its use in satellite technologies -- one of America's strong suits. Both Japan and the U.S. lag behind China in terms of 5G development and deployment.

Ren also discussed the impact of Washington's crackdown on his company, which began in 2019 when the U.S. restricted Huawei's use of American technology, citing national security concerns.

Huawei is no longer trying to obtain the world's most advanced components, such as chips, the CEO said as he acknowledged that the company's smartphone business, one of the pillars of its operations, has suffered heavily from U.S. sanctions.

The company reported its largest-ever revenue decline in the first half of 2021, mainly due to its lackluster smartphone business.

However, Ren said the company will not give up on developing its own semiconductors via its chip unit, HiSilicon Technologies. Huawei has invested in more than 20 chip-related companies in the fight for survival, Nikkei Asia earlier reported.

"We will allow HiSilicon to continue climbing the Himalayas, but most of our employees will grow potatoes and graze sheep and cattle at the foot of the mountain to provide a steady flow of food to those who are climbing the mountain," the founder said.

Huawei will also continue to hire top global talent, including from the U.S., with higher pay than offered in other markets, Ren said. Nikkei Asia reported this year that Huawei is recruiting overseas talent, especially in Europe.

"Our company is now in a critical period of strategic survival and development, so we must have the required talent as we charge ahead," Ren said. "We should change our unified compensation structure to recruit global talent, benchmark employee compensation against local salaries, and offer compensation packages that are attractive to senior talent."