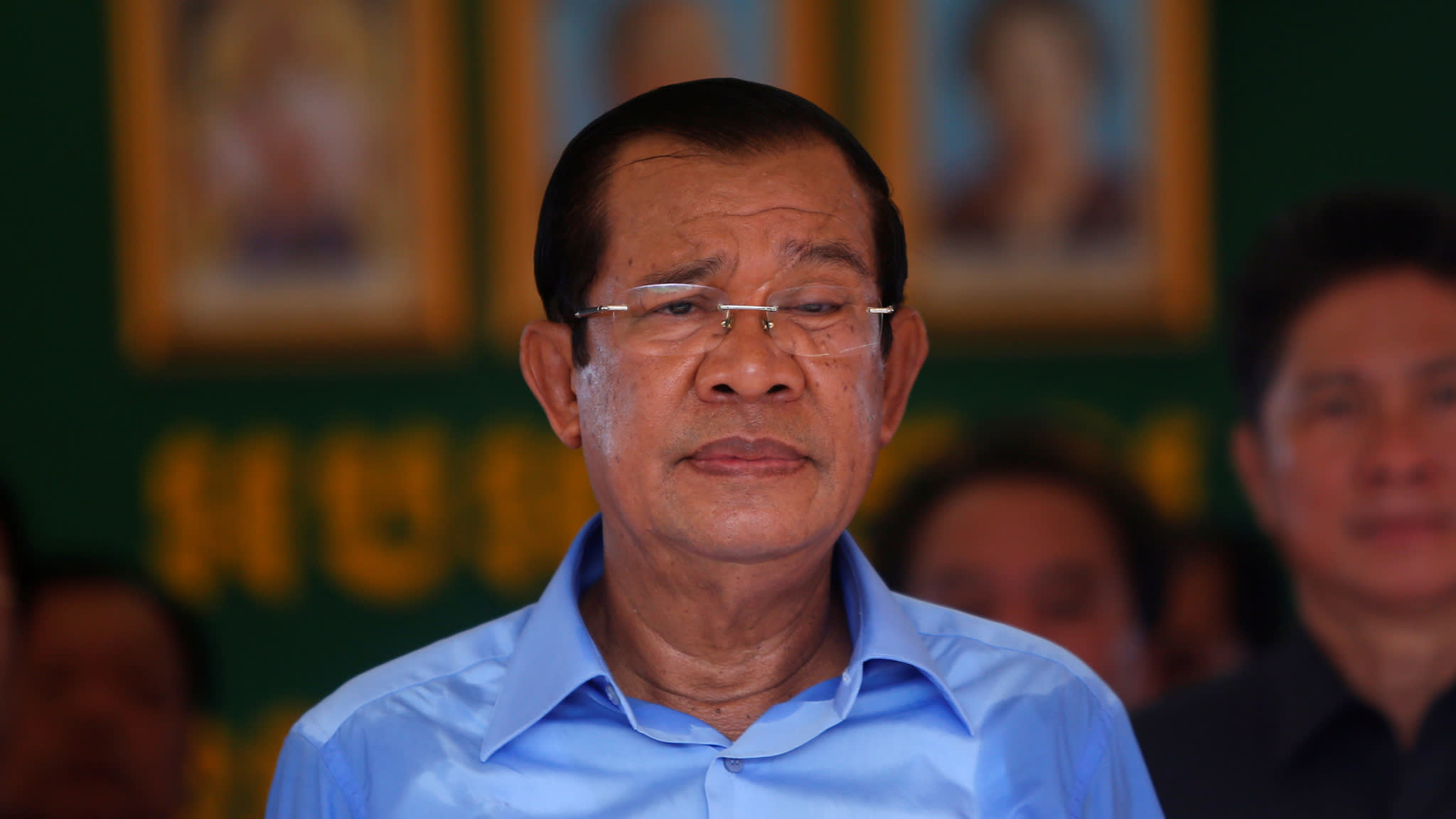 BANGKOK -- Twelve senior officers of Cambodia's military and police who are close to Prime Minister Hun Sen have a track record of human rights abuses dating to the 1970s, an international advocacy group alleged in a report unveiled Thursday.

Hun Sen has created "a cadre of ruthless members of the security forces to implement his vision and orders," Human Rights Watch said in its 213-page report.

These officers have played critical roles in helping Hun Sen stay in power for nearly four decades, the U.S.-based nonprofit watchdog said, and the report warned of the potential for violations as Cambodia prepares for a general election July 29.

Hun Sen's autocratic government, seeking to ensure that his ruling Cambodian People's Party secures a majority, has taken increasingly harsh measures such as dissolving the main opposition party and jailing its official leader.

Officers named in the report include Pol Saroeun and Kun Kim, the supreme commander and deputy supreme commander of the Royal Cambodian Armed Forces. The two generals are set to step down from their military positions to run in the July 29 election. Human Rights Watch also cited Sao Sokha, who leads the Royal Khmer Gendarmerie and reportedly has been named to take over for Pol Saroeun as RCAF's acting commander in chief.

The 12 officers are described as "the backbone of an abusive and authoritarian political regime." Each one is "politically and personally close to Hun Sen and helps ensure that the army, gendarmerie, and police perform a political role in guaranteeing his and the CPP's continued rule," the report said.

Most of the officers "have been implicated in the use of unnecessary, excessive and sometimes lethal force against protests" over unfair elections, the report alleges, including after the country's 2013 election when security forces suppressed mass protests sparked by fraud allegations against the CPP.

Tracing further into history, Pol Saroeun and Kun Kim are former members of the Khmer Rouge's military security apparatus who held responsibility for interrogation and hard labor as well as operation of execution centers, the report alleged.

Human Rights Watch urged foreign governments, aid donors and international organizations such as the United Nations to recognize the human rights abuses and war crimes. The international community has failed to address these issues as yet.

The international actors should "[make] it clear to the Cambodian government that the continued failure to professionalize the security forces and ensure their independence from ruling party control will result in the reduction of assistance towards the government," the report urged.