Cambodian leader tries legitimizing election by getting out the vote 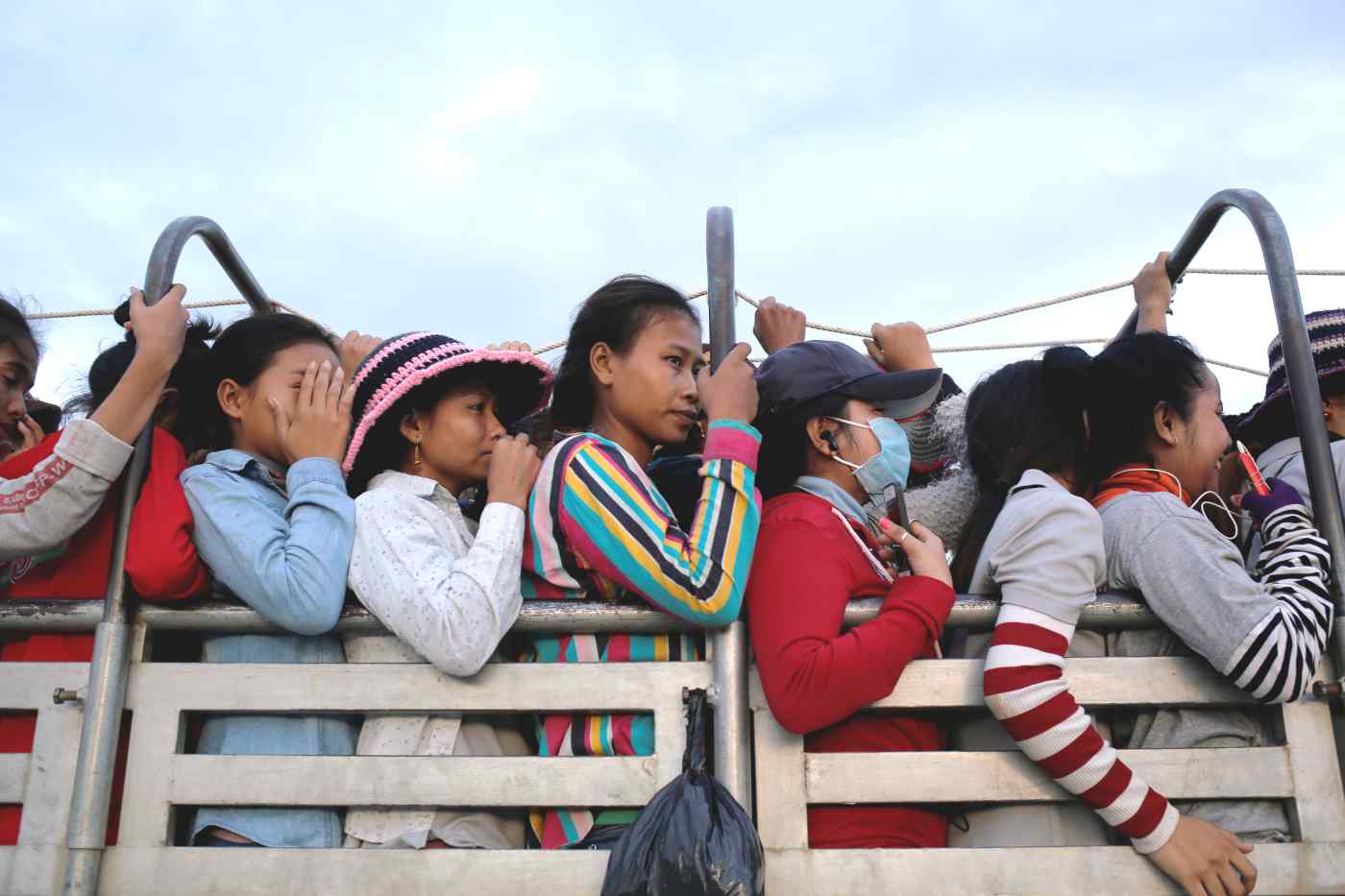 Cambodian workers are being pressured to give a veneer of democracy to their country's increasingly autocratic rulers. These workers are on their home after their shift at a footwear factory in Kampong Speu.   © Reuters
ANDREW NACHEMSON and YON SINEAT, Contributing writersJuly 26, 2018 15:17 JST | Myanmar, Cambodia, Laos
CopyCopied

SA'ANG, Cambodia -- Closing in on a landslide victory, Cambodia's ruling party remains desperate to emerge from Sunday's polls as legitimate.

It has embarked on an aggressive get-out-the-vote campaign, the results of which can be felt here in Sa'ang. This district in Kandal Province, south of Phnom Penh, was once a bastion of support for Cambodia's now-outlawed main opposition party. It now finds itself permeated with fear.