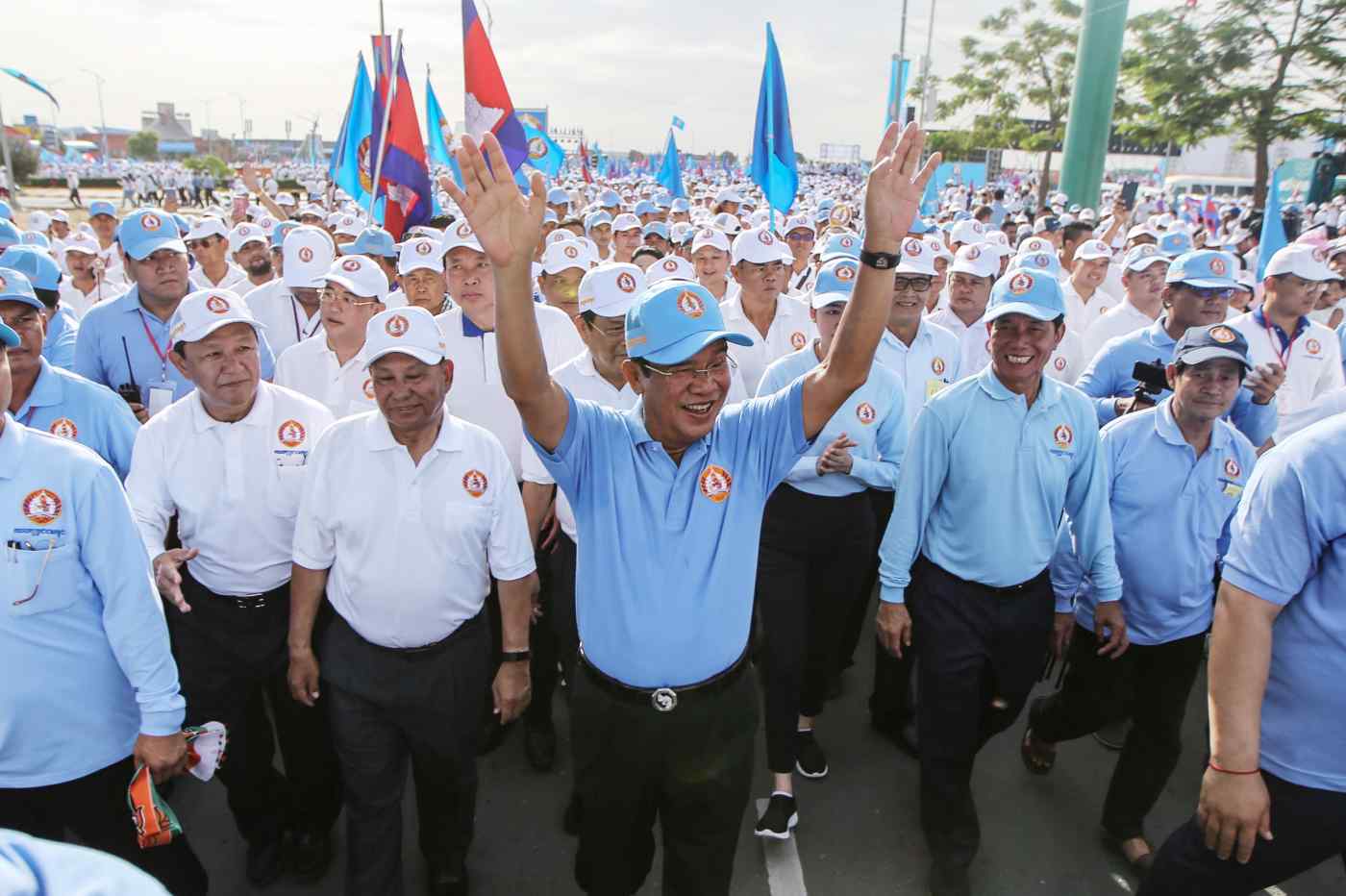 PHNOM PENH -- Cambodia's ruling party on Monday said it won up to 123 of the 125 parliamentary seats up for grabs in Sunday's election, which was held without the biggest opposition party.

"We got 77.5% of the votes," Sok Eysan, a spokesman for the ruling Cambodian People's Party, told the Nikkei Asian Review. "Based on our calculation, we won a maximum of 123 seats." He said 4.8 million people, out of 8.3 million registered voters, cast their ballots for the CPP.